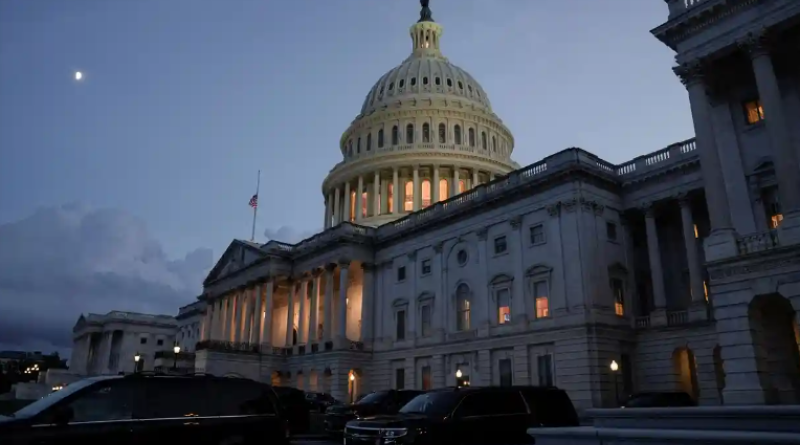 “We’re pleased,” ExxonMobil’s CEO, Darren Woods, said on an earnings call last month, speaking about the Inflation Reduction Act. He called the bill, now making its way through the US Congress, “clear and consistent”. After it passed the Senate Sunday evening, Shell USA said it was “a step toward increased energy security and #netzero”. The world is currently on track to produce double the amount of coal, oil and gas in 2030 than is consistent with capping warming at 1.5C. To state the obvious: climate policy should strike fear into the hearts of fossil fuel executives, not delight them. So what have some of the world’s worst polluters found to like about a historic piece of climate legislation?

Guilt by association only goes so far: that the Inflation Reduction Act (IRA) passed is undoubtedly good news. It will do a lot of good things. Democrats face the distinct possibility of being locked out of power for at least a decade after midterm elections this November, when they’re expected to lose the House of Representatives. Republicans won’t be keen to recognize that another party’s candidate could win the presidency, let alone reduce emissions. That something being called climate policy passed at all is thanks to the tireless work the climate movement has done to put it on the agenda, and the diligent staffers who spent late nights translating that momentum into legislation.

But it also reflects just how much power the fossil fuel industry has amassed. The IRA is the product of a devil’s bargain struck between (among others) Democrats and Joe Manchin, speaking on behalf of his corporate donors. In exchange for his agreeing to vote for some $370bn worth of genuinely exciting climate spending, the West Virginia senator has demanded sweeping permitting reform and an all-of-government greenlight for the Mountain Valley Pipeline. Many of the worst provisions are slated to be passed in future legislation this September. The IRA itself contains a remarkable poison pill, requiring that 60m acres of public waters be offered up for sale each and every year to the oil and gas industry before the federal government could approve any new offshore wind development for a decade.

Then again, maybe the oil and gas CEOs have finally come around, and such sweeteners are a distraction from the real story. After decades of lobbying against climate policy perhaps they’ve seen the inexorable march of history towards decarbonization and decided to hitch their wagons to it. Unfortunately, we’ve seen this show before. Over a decade ago the likes of BP and ConocoPhillips joined the US Climate Action Partnership, a coalition of green groups and corporations that set about trying to pass climate legislation at the start of the Obama presidency. The House of Representatives went on to pass the hulking carbon pricing bill it supported, only to see it die in the Senate.

For corporate members of USCAP the situation was a win-win. With one hand they helped craft legislation so friendly to their interests that it would leave their core business model – pouring carbon into the atmosphere – mostly untouched. With the other hand they tried to make sure nothing passed at all. As the political scientist Jake Grumbach has shown, several corporate members of the coalition were simultaneously paying generous membership fees to the American Petroleum Institute, the Chamber of Commerce and other trade associations working actively to kill it. The same was true this time around; the critical difference this time is that their bill passed.

Understanding what’s just happened demands a longer view. For decades, oil and gas executives have worked to create a political climate wholly allergic to comprehensive climate action. Part of that has been lobbying against climate legislation, of course, working to undermine bodies like the Intergovernmental Panel on Climate Change and spread disinformation. But for nearly a century the same corporations have conducted an all-out attack on the ability of the US government to get big, good things done.

Climate change is ultimately a planning problem: there is no entity other than the state that can electrify the country, expand the grid, build prodigious amounts of mass transit and wind down coal, oil and gas production in time to keep warming short of catastrophic levels. For all its many shortcomings, the FDR-era New Deal sought to construct a state capable of tackling such complicated problems. The right – supercharged by fossil fuel funding – set out to destroy it, polluting our politics with the idea that efficient markets are the only reasonable answer to what ails society. Predictably, they railed against the Green New Deal, too, which rejected that logic.

That’s not the result of some cadre of conniving CEOs waking up every morning and deciding to destroy the planet. They just happen to sell the lifeblood of capitalism and aren’t eager to be booted from that business.

That the IRA’s most promising elements are a series of modest incentives to get corporations to do the right thing on climate – that demanding they actually do so feels so far out of reach – is the result of this long-running and largely successful ideological quest. This bill is woefully inadequate, featuring a cruel, casual disregard for those at home and abroad who will live with the consequences of boosting fossil fuel production as a bargaining chip for boosting clean energy. And it’s almost certainly better than nothing.

Climate change: Major US oil companies to be quizzed in Congress

Infrastructure for Insects: Congress Should Invest in Bees and Butterflies