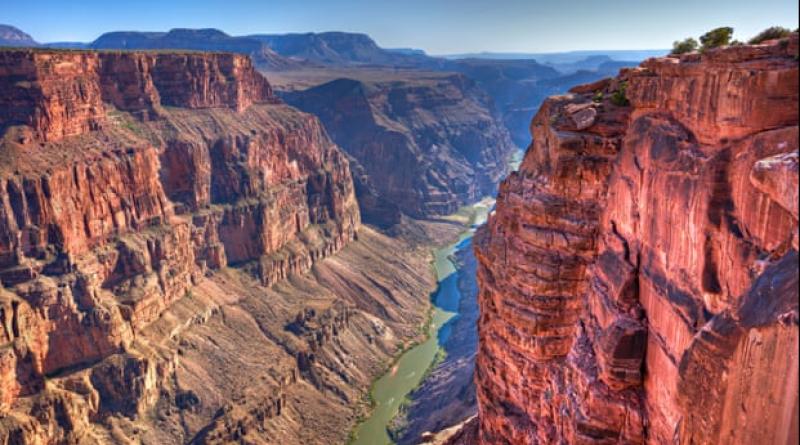 Millions of people rely on the 1,450-mile waterway as increasing periods of drought and rising temperatures reduce flow of river

The flow of the Colorado River is dwindling due to the impacts of global heating, risking “severe water shortages” for the millions of people who rely upon one of America’s most storied waterways, researchers have found.

Increasing periods of drought and rising temperatures have been shrinking the flow of the Colorado in recent years and scientists have now developed a model to better understand how the climate crisis is fundamentally changing the 1,450-mile waterway.

The loss of snow in the Colorado River basin due to human-induced global heating has resulted in the river absorbing more of sun’s energy, thereby increasing the amount of water lost in evaporation, the US Geological Survey scientists found.

This is because snow and ice reflect sunlight back away from the Earth’s surface, a phenomenon known as the albedo effect. The loss of albedo as snow and ice melt away is reducing the flow of the Colorado by 9.5% for each 1C of warming, according to the research published in Science.

The world has heated up by about 1C since the pre-industrial era and is on course for an increase of more than 3C by the end of the century unless planet-warming emissions are drastically cut. For the Colorado this scenario means an “increasing risk of severe water shortages”, the study states, with any increase in rainfall not likely to offset the loss in reflective snow.

The magnitude of the Colorado’s decline as outlined in the Science paper is “eye popping”, according to Brad Udall, a senior scientist at Colorado State University and an expert on water supplies in the west who was not involved in the research.

“This has important implications for water users and managers alike,” Udall said. “More broadly, these results tell us that we need to reduce greenhouse gas emissions as soon as we possible can.

“We’ve wasted nearly 30 years bickering over the science. The science is crystal clear – we must reduce greenhouse gas emissions immediately.”

The Colorado rises in the Rocky Mountains and slices through ranch lands and canyons, including the Grand Canyon, as it winds through the American west. It previously emptied into the Gulf of California in Mexico but now ends several miles shy of this due to the amount of water extraction for US agriculture and cities ranging from Denver to Tijuana.

The river’s upper basin supplies water to about 40 million people and supports 16m jobs. It feeds the two largest water reserves in the US, Lake Powell and Lake Mead, with the latter supplying Las Vegas with almost all of its water.

Snowpacks that last into late spring have historically fed streams that have nourished the Colorado River, as well as reducing the likelihood of major fires. As the climate heats up, the river is evaporating away and the risk of damaging wildfires is increasing.

The climate crisis is compounding existing threats to the river, which include intensive water pumping for agriculture, water use by urban areas and the threat of pollution from uranium mining. Lake Mead, the vast reservoir formed by the Hoover dam, has dropped to levels not seen since the 1960s.

A 19-year drought that racked stretches of the river almost provoked the US government to impose mandatory cuts in water use from the river last year, only for seven western states to agree to voluntary reductions. The problems are set to become more severe, however, as the climate becomes hotter and drier at a time when demand for water from expanding cities in the American west increases.