Coal and nuclear back on the energy grid. 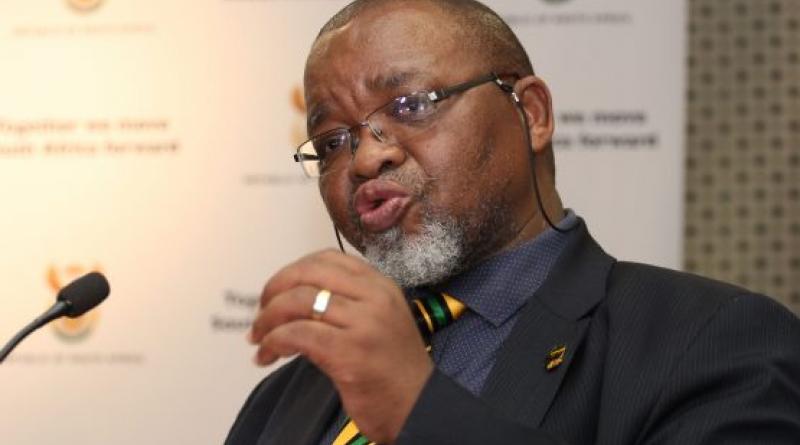 Gwede Mantashe stamps his mark on the energy portfolio.

Nuclear power and clean coal are back on the energy grid. That’s one of the key takeaways from Minister of Mineral Resources and Energy Gwede Mantashe’s budget presentation last week. Mantashe has taken over the energy portfolio from Jeff Radebe, and immediately signalled a shift in direction.

“As a country, we must avoid the currently polarised debate on energy, pitted as coal versus renewables. The debate should be about the effective use of all the energy sources at our disposal, to achieve security of supply,” he said.

The Integrated Resource Plan (IRP), which details the country’s future energy needs, is being finalised at Nedlac and will then go before cabinet for approval in September. All forms of energy technologies will form part of the mix, including cleaner coal, nuclear, gas, hydro, renewables and battery storage.

The IRP released for comment last year envisaged no new nuclear power plants, and greater reliance on renewables to replace older coal-fired plants that would be decommissioned over the next decade.

Independent energy consultants have for years warned of the dangers of over-committing to expensive renewable energies, which was the direction being taken under Radebe. Those economies that went this route, notably Denmark and South Australia, have experienced complete grid shutdowns in recent years. Renewables make relatively little contribution to base load energy due to the reliance on variable solar and wind patterns, and are currently the most expensive energy being fed into the grid at more than 200c per kilowatt hour (kWh), compared with about 30c for Koeberg’s nuclear energy.

Mantashe pointed out that Koeberg will also reach the end of its designed life by 2024, but is undergoing a refit that will extend its life to around 2045. “Koeberg demonstrates the benefits of nuclear power, [and] gives reason to SA continuing with the nuclear expansion programme.”

Nuclear power has the added benefit of balancing the grid, and providing back-up and inertia to intermittent electricity sources. The ‘decay heat’ from the nuclear plant can also be used to provide desalinated water to Cape Town, which is still recovering from drought.

Planning for nuclear power plants must start now to ensure the country’s energy security and to conform with the National Development Plan’s mandate to provide a diversified energy mix.

No plan for the power that will be lost

Most coal-fired power stations will reach end of life between now and the year 2050, the majority coming to an end between 2030 and 2040. Several older coal-fired power stations will be retired over the next few years, meaning that 12.5 gigawatts of energy will have to be replaced. This is going to place huge pressure on the grid, and there is still no plan for this lost power to be replaced in time. It can take up to a decade to get a new power station connected to the grid.

Mantashe sees a future for cleaner coal, though his speech was short on details about how this will happen. One of the solutions to SA’s future energy needs is its participation the Grand Inga hydropower project with the Democratic Republic of Congo (DRC), which is expected to produce 40 000 megawatts of power on the Congo River, commencing by 2024. In terms of a treaty signed with DRC, SA will purchase roughly half of this new power from Inga, though the project faces opposition from environmental groups because of high costs and environmental disruption.

“I welcome the new open-mind approach by minister Mantashe,” says independent energy consultant Ted Blom. “A balanced approach should always have been the way forward. I also agree that renewable energy makes for very poor baseload and support proper nuclear, not the kind of bloated nuclear approached adopted under former president Jacob Zuma, and especially the new Pebble Bed Modular Reactors that China and Russia have commercialised – and which can be decentralised to create jobs all over the country.

“I also agree that we should utilise our abundant coal power through clean coal technologies. Nobody supports polluted power as Eskom is currently generating. Renewable energy for households to feed into the grid should also form part of the energy mix, although this has not been specified. Most important, I agree urgent intervention is needed to bring back the price of electricity to below 50c/kwh and create competition for Eskom.”

Mantashe notes that rising electricity prices have impacted the cost of doing business in SA. To mitigate against this, the department is exploring greater use of natural gas. Most natural gas in SA is imported from Mozambique. “We therefore need to explore more economical options to bring natural gas into the South African market, including accelerating our own natural gas exploration activities such as the Karoo shale gas and the deep-sea discoveries,” he said.

“The department will, in the current period, implement importation of liquefied natural gas [LNG] with Coega Industrial Development Zone as the hub. Mozambique will be engaged to explore possibilities of increasing and extending the supply of gas beyond 2023, as we consider our own gas fields.”

Several pieces of legislation or amendments are in the works:

These dumpsters of old nuclear waste are costing taxpayers a fortune