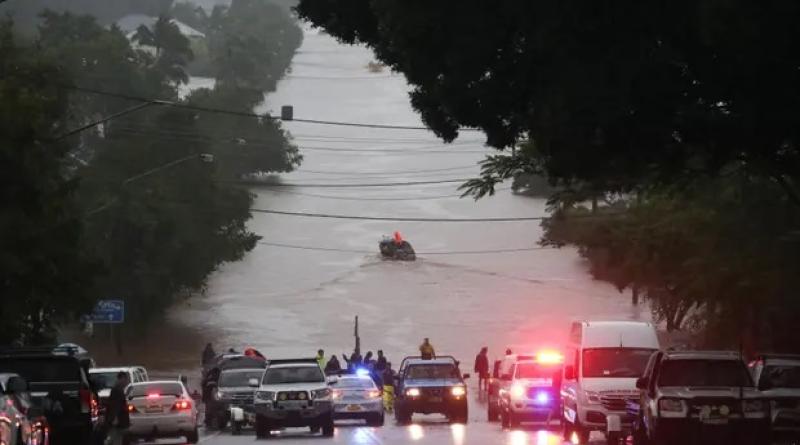 Catastrophic flooding on the scale of the disaster hitting Queensland and New South Wales is becoming more likely as the planet heats due to greenhouse gas emissions, climate scientists have warned.

The latest major assessment by the Intergovernmental Panel on Climate Change (IPCC) found global warming caused by humans was causing dangerous and widespread disruption, with many effects expected to be more severe than predicted.

In Australia, it said extreme events exacerbated by emissions – heatwaves, droughts, floods, storms and fires – were causing death, injury and financial and emotional stress. Their impacts were “cascading and compounding” across nature, society and the economy.

There was “very high confidence” that some natural systems had already experienced irreversible change. Examples included extensive coral bleaching on the Great Barrier Reef, the loss of giant kelp forests in the country’s south-east and the extinction of the Bramble Cay melomys, a mammal that lost its habitat to sea level rise and storm surges.

Prof Mark Howden, ​​vice-chair of the IPCC working group behind the report and director of the ANU Institute for Climate, Energy and Disaster Solutions, said the evidence showed “climate change impacts are here, they matter, they are mostly negative but, if implemented, adaptation can take the edge off them”.

“The latest IPCC report makes one thing crystal clear – adaptation policy, finance and practice have to be stepped up urgently if our systems are to keep pace with climate change,” he said. “Simply put, adaptation is key to maintaining our health, our industries and our environment.”

On the floods that have killed eight people and caused extraordinary property damage in south-east Queensland and northern New South Wales, Howden said it was not possible to say a particular extreme event was caused by rising emissions without an attribution study. However, he said the climate crisis was “embedded in this event” as inflated ocean and atmospheric temperatures increased the intensity of major storms.

It would lead to “heavier rainfall when it falls”. “The frequency may not change, but the strength of [storms] will change and that will increase the variability of climate in Australia, particularly in the north-east and down through the south-east,” he said.

Prof Brendan Mackey, the coordinating lead author of an Australia-New Zealand chapter in the report and director of the Griffith University Climate Action Beacon, agreed. “One of the clear projections is an increase in the intensity of heavy rainfall events,” he said.

The report released on Monday is the second part of the IPCC’s latest major assessment, drawing on thousands of peer-reviewed scientific papers. The first part examined the physical science of climate change. The second part focused on the impacts of the crisis and the ability to adapt to inevitable change.

It found there were options to limit the impacts if there was proper planning, but progress on adaptation was uneven due to problems including a lack of consistent policy direction, fear of litigation and concern about upfront costs.

Prof Kathryn Bowen, from the University of Melbourne’s Melbourne Climate Futures and a lead author on the report, said it underlined the importance of considering the “intricate and fundamental links between humans, ecosystems and society”.

She highlighted the IPCC’s new focus on cascading and compounding effects – for example, the severe drought of last decade, which was followed by the black summer bushfires, which was followed in some parts of the country by floods. “The impacts of these climate hazards affect our ability to recover, as often there is little time between their onset,” she said.

She said rapid transformations were needed to ensure that Australian society developed “in a way that is climate resilient and sustainable”. It said it included ensuring there was universal access to primary healthcare, including mental health care.

“Many risks for human health and wellbeing could be reduced, and some potentially avoided, if we reduce our greenhouse gas emissions and strengthen our adaptation responses,” she said.

A third part the IPCC’s sixth major assessment, on how to cut emissions, is due in April.