Climate Explained: Are We Doomed If We Don’t Curb Carbon Emissions by 2030? 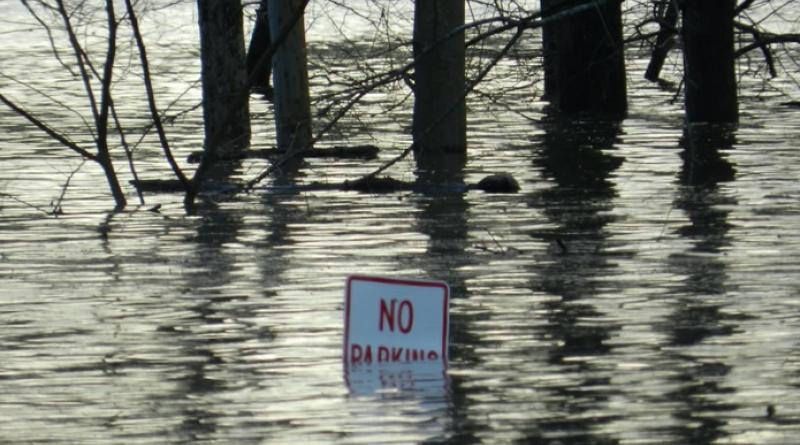 Climate Explained is a collaboration between The Conversation, Stuff and the New Zealand Science Media Centre to answer your questions about climate change.

If you have a question you'd like an expert to answer, please send it to climate.change@stuff.co.nz

Is humanity doomed? If in 2030 we have not reduced emissions in a way that means we stay under say 2℃ (I've frankly given up on 1.5℃), are we doomed then?

Humanity is not doomed, not now or even in a worst-case scenario in 2030. But avoiding doom — either the end or widespread collapse of civilization — is setting a pretty low bar. We can aim much higher than that without shying away from reality.

It's right to focus on global warming of 1.5℃ and 2℃ in the first instance. The many manifestations of climate change — including heat waves, droughts, water stress, more intense storms, wildfires, mass extinction and warming oceans — all get progressively worse as the temperature rises. 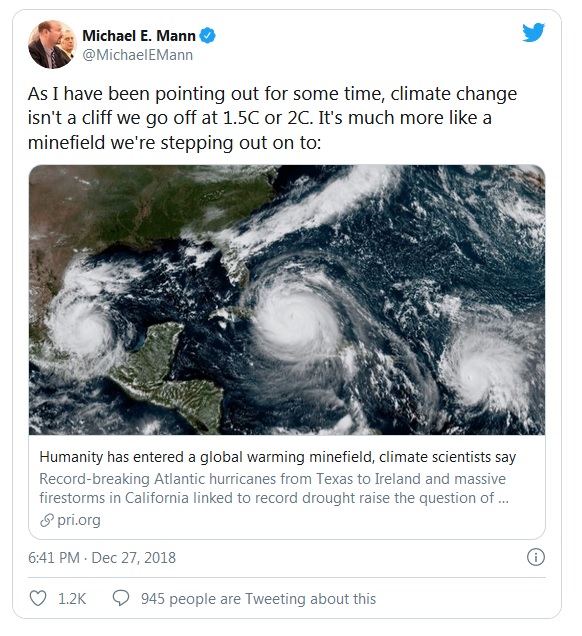 Good Reasons Not to Give Up Just Yet

The Intergovernmental Panel on Climate Change described the effects of a 1.5℃ increase in average temperatures in a special report last year. They are also nicely summarized in an article about why global temperatures matter, produced by NASA.

The global average temperature is currently about 1.2℃ higher than what it was at the time of the Industrial Revolution, some 250 years ago. We are already witnessing localized impacts, including the widespread coral bleaching on Australia's Great Barrier Reef. 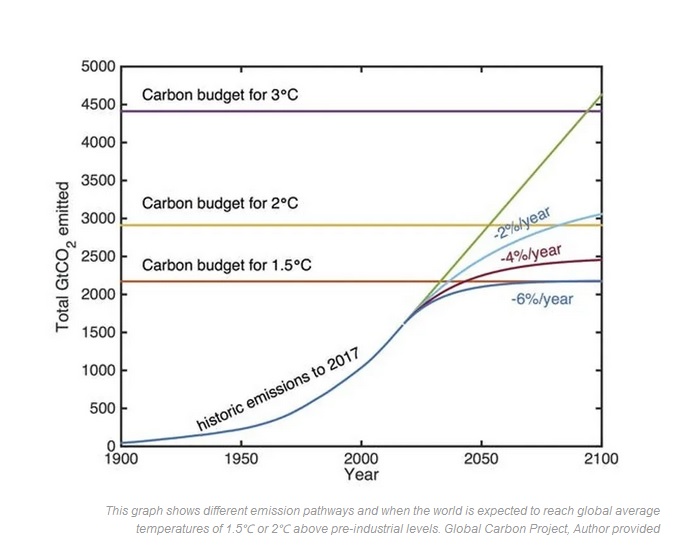 Limiting warming to 1.5℃ requires cutting global emissions by 7.6% each year this decade. This does sound difficult, but there are reasons for optimism.

First, it's possible technically and economically. For example, the use of wind and solar power has grown exponentially in the past decade, and their prices have plummeted to the point where they are now among the cheapest sources of electricity. Some areas, including energy storage and industrial processes such as steel and cement manufacture, still need further research and a drop in price (or higher carbon prices).

Second, it's possible politically. Partly in response to the Paris Agreement, a growing number of countries have adopted stronger targets. Twenty countries and regions (including New Zealand and the European Union) are now targeting net zero emissions by 2050 or earlier.

A recent example of striking progress comes from Ireland – a country with a similar emissions profile to New Zealand. The incoming coalition's "program for government" includes emission cuts of 7% per year and a reduction by half by 2030.

Third, it's possible socially. Since 2019, we have seen the massive growth of the School Strike 4 Climate movement and an increase in fossil fuel divestment. Several media organizations, including The Conversation, have made a commitment to evidence-based coverage of climate change and calls for a Green New Deal are coming from a range of political parties, especially in the U.S. and Europe.

There is also a growing understanding that to ensure a safe future we need to consume less overall. If these trends continue, then I believe we can still stay below 1.5℃.

Now suppose we don't manage that. It's 2030 and emissions have only fallen a little bit. We're staring at 2℃ in the second half of the century.

At 2℃ of warming, we could expect to lose more than 90% of our coral reefs. Insects and plants would be at higher risk of extinction, and the number of dangerously hot days would increase rapidly.

The challenges would be exacerbated and we would have new issues to consider. First, under the "shifting baseline" phenomenon — essentially a failure to notice slow change and to value what is already lost — people might discount the damage already done. Continuously worsening conditions might become the new normal.

Second, climate impacts such as mass migration could lead to a rise of nationalism and make international cooperation harder. And third, we could begin to pass unpredictable "tipping points" in the Earth system. For example, warming of more than 2°C could set off widespread melting in Antarctica, which in turn would contribute to sea level rise.

But true doom-mongers tend to assume a worst-case scenario on virtually every area of uncertainty. It is important to remember that such scenarios are not very likely.

While bad, this 2030 scenario doesn't add up to doom — and it certainly doesn't change the need to move away from fossil fuels to low-carbon options.

Robert McLachlan is a Professor in Applied Mathematics, Massey University.

Disclosure statement: Robert McLachlan does not work for, consult, own shares in or receive funding from any company or organization that would benefit from this article, and has disclosed no relevant affiliations beyond their academic appointment.

Reposted with permission from The Conversation.