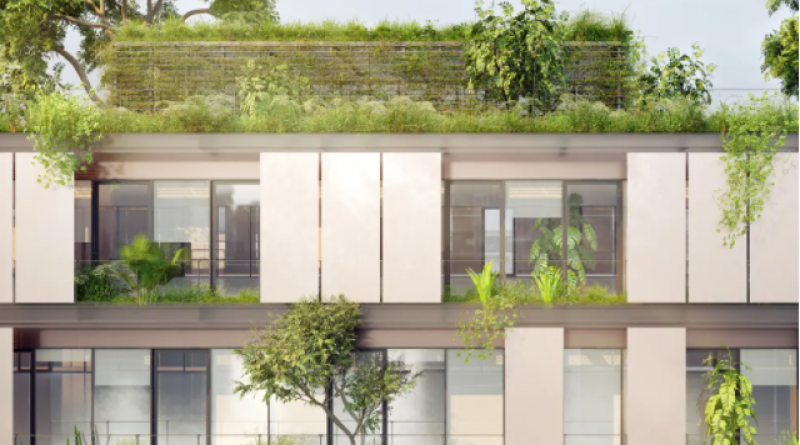 Harnessing nature to protect homes from floods, droughts and heatwaves will save money, report claims.

Experts are urging the government to launch a raft of climate measures, including writing into national planning policy that all flat roofs in new developments be made nature-friendly or solar roofs.

Their report also calls on ministers to support tree-planting in cities and to set targets to retrofit buildings with green roofs.

The researchers want all four governments of the UK to “unleash the power of nature” to protect homes and farmland from floods, droughts and heatwaves brought on by the climate crisis.

They say harnessing nature’s power for the changes will save taxpayers’ money in the long run.

Last month more than 200 scientists for the UN issued a “code red for humanity”, warning such emergencies will become more frequent, but said catastrophe can be avoided if world leaders act quickly.

The new report, Nature-based Solutions in UK Climate Adaptation Policy, commissioned by the RSPB and WWF, points out the government needs to act much faster on expert advice about using nature to help society adapt to the effects of climate change.

Earlier this year, the government unveiled a plan to plant 44,000 large trees in towns and cities, as part of an ambition to reach at least 12 per cent of England covered by woodland, from 10 per cent now.

But the researchers say far more funding and support is needed to promote a nature-first approach to flood control, also calling for measures such as making artificially straightened rivers meander again, restoring peatlands and planting trees in cities and on farms.

Olly Watts, RSPB climate change policy officer, said: “As our leaders prepare to meet at Cop26, we are sending a message that investing in nature restoration will not only help save some of our most iconic and well-loved species – including seahorses, otters, hedgehogs, bats, bees, butterflies, frogs and farmland, wetland and garden birds – but it will benefit people too, cooling our cities during heatwaves, filtering polluted air, protecting our homes and businesses from flooding, and our coastal communities from rising sea levels.”

The report, researched by Oxford University’s Nature Based Solutions Initiative, says the government could harness the potential of nature to improve quality of life for UK residents, with long-term savings when all costs and benefits are counted. Isabella O’Dowd, Head of Climate at WWF said to slow down climate change and restore the planet for the next generation, “it’s critical that the government keep every climate promise they’ve made, including to drastically cut emissions and restore nature”.

“Ahead of Cop, we have to see ministers’ words turn to action with a solid and ambitious climate and nature plan led by public investment,” she added.

More than 2,500 deaths were linked to heatwaves in England last year, and this summer flash flooding submerged London Underground stations and forced hospitals to cancel operations as patients were moved.

The RSPB says green walls and roofs, with wildflowers and insect-friendly features such as old logs, have blossomed in London boroughs after being made part of local planning policy.

Flat green roofs with a thick layer of soil cool buildings in summer by as much as 12C, a 2019 report found, and insulate them in winter, reducing flooding risks by soaking up water and filtering air.

South-facing green walls can be up to 32C cooler than others, Spanish research has found, save 59 per cent of energy, and provide sound insulation.

In seas and rivers, restoring kelp forests and seagrass meadows would help otters and seahorses and reduce the height and force of waves, preventing coastal flooding, according to the report authors.

A Department for Environment spokesperson said the Environment Bill would create further incentives for developers to include green roofs, walls, trees and other green infrastructure in their development plans, adding: “Our Environment Bill will deliver the most ambitious environmental programme of any country on Earth and drive forward action to protect nature and improve biodiversity, supported by a legally binding target to halt species decline in England by 2030.

“This is alongside our guaranteed £640m investment in the Nature for Climate Fund for woodland creation and peat restoration, plans to treble tree planting before the end of this parliament, and increased protections for England’s waters through pilots of Highly Protected Marine Areas.”

Rare orchids to flood resilience: How can green roofs help to tackle the climate and nature crises?