Is the climate crisis pushing the world towards a ‘point of no return’? 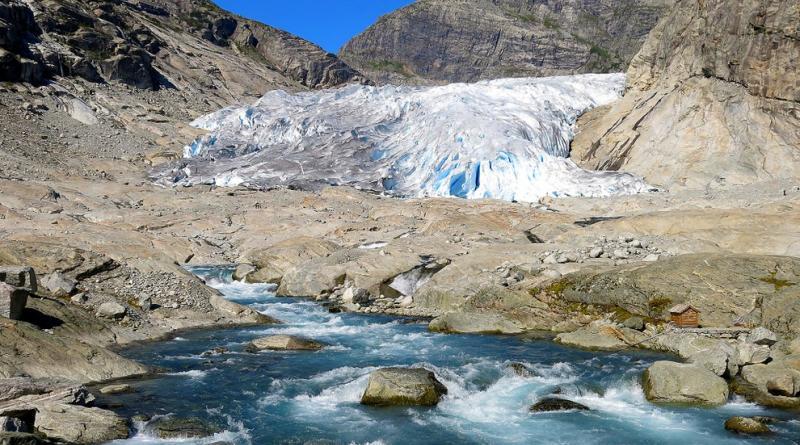 A new study claims we may have already reached a hypothetical ‘point of no return’, but other researchers say this is ‘at odds’ with what we know about climate science. Daisy Dunne examines the arguments.

If global greenhouse gas emissions stopped tomorrow, how much warmer would the world get?

It’s a question with no simple answer. Even if humans quit polluting the world overnight, scientists say it would take many decades for the Earth’s climate to reach a new equilibrium. This is largely linked to how heat is stored in the world’s oceans, which can, in turn, have an influence on air temperatures.

Matters might be complicated further by potential “tipping points” in nature that might be triggered by global warming.

For example, rising temperatures are causing permafrost, frozen ground found in high northern latitudes that stores vast amounts of carbon, to thaw out. This thawing causes more carbon to be released into the atmosphere, which, in turn, is adding to rising temperatures. There is a worry that such positive “feedback loops” could ultimately lead to rapid heating, and limiting global warming is important for avoiding such feedbacks.

A new study, published today in the journal Scientific Reports, makes the bold claim that, hypothetically speaking, we could “already [be] past a point of no return for global warming”.

Using a simplistic mathematical model, it simulates what would happen in a hypothetical world where greenhouse gas emissions were stopped in 2020. It finds that, in the simulations, the world continues to heat up for hundreds of years as a result of positive feedback loops such as permafrost thaw.

However, leading climate scientists from across the UK and beyond have urged people to take the results of the new study with extreme caution.

Prof Richard Betts MBE, chair of climate impacts of the University of Exeter and the Met Office, told The Independent: “Having talked to various colleagues, we don’t think there’s any credibility in the model.

“Feedbacks are important. The possibility of eventually becoming committed to long-term climate change is important. But there is no real evidence that this has already happened.”

Because the model used in the new study is simplistic, it does not well simulate important climate feedback loops, Prof Betts explains.

In addition to permafrost thaw, the melting of Arctic sea ice is also an important potential feedback. Warming of the world’s oceans and atmosphere is causing the ice to melt at an astonishing rate. Bright white ice reflects away sunlight, and, once it disappears, the exposed dark ocean begins to absorb more sunlight, heating the ocean further – leading to further ice melting.

Though this feedback is important to take into consideration, the model used in the new study does not well simulate how it works, says Prof Betts.

The results also stand in contradiction with the findings of the upcoming assessment report from the Intergovernmental Panel on Climate Change (IPCC), an independent group made up of the world’s leading climate scientists.

“The results presented in the paper are interesting but are really at odds with the science community’s understanding of how the climate is changing,” says Prof James Renwick, head of the school of geography, environment and earth sciences at the Victoria University of Wellington.

“The latest round of climate model simulations show that if greenhouse gas emissions were to stop immediately, there is likely to be very little further increase in temperatures and no sign of warming resuming in future.”

The models used by the IPCC are more advanced and better able to simulate the behaviour of the Earth’s feedback loops, says Prof Mark Maslin, a climate scientist at University College London.

“These results do need to be confirmed by more complex climate models used in the IPCC reports, because these results come from one model which has not undergone the rigorous cross checking and testing that is usual for climate models,” he says.

In their paper, the authors note the simplicity of their model by saying that they “encourage other model builders to explore our discovery in their [bigger] models, and report on their findings”.

It is important to understand that it is not too late to take actions to address the climate crisis, says Prof Betts: “I really wouldn’t want people to take [the research paper] seriously and start getting worried that the climate catastrophe is now unavoidable.”

Claims that the world is “doomed” to suffer extremely high levels of warming can be detrimental to global efforts to tackle the climate crisis, explains Leo Barasi, author of the Climate Majority.

“Claims the world is irreversibly doomed to runaway warming, and no amount of emission cuts can help us, can always find an audience, just like claims that climate change is nothing to worry about,” he told The Independent.

“But these assertions usually rest on outlying studies or data that’s been taken out of context and ignore all the opposing evidence.

“Telling the world that we’re doomed, when that's not backed up by the evidence, is irresponsible and unlikely to motivate the urgent action that can still prevent disastrous warming.”