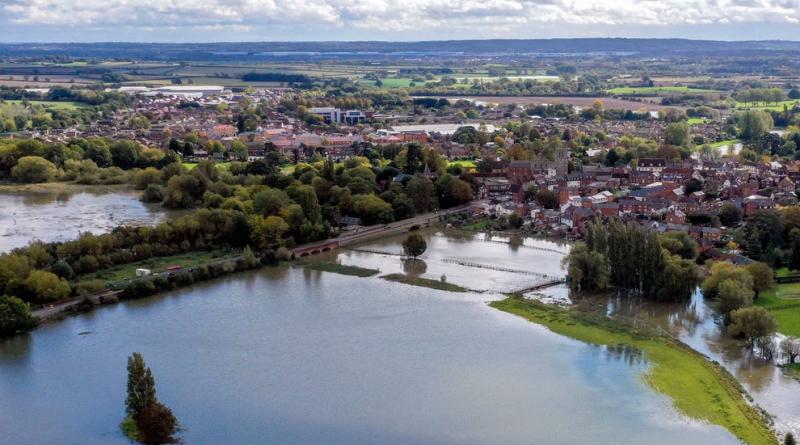 ‘The UK is projected to become hotter and drier in summer, and warmer and wetter in winter’, agency says.

The UK will become hotter and wetter throughout the 21st century due to the impact of the global climate crisis, with the likelihood of extreme weather events that put huge pressure on communities and infrastructure increasing, according to detailed new analysis by the Met Office.

A new set of projections, based on a “medium emissions scenario”, reveal that extremes of rainfall and high temperatures are expected to exceed the extreme conditions that we have already experienced in Britain.

This year the country has seen its wettest February on record, followed by the sunniest May on record, and then the wettest day ever recorded, on 3 October, when more than enough rain to fill the entirety of Loch Ness drenched the country. The UK notched its third-hottest day ever in August, one year after setting a new record of 38.7C.

The projections are designed to help governments, companies, developers, organisations and individuals plan for a changing world and help them understand more about how the climate crisis will directly affect the UK.

Professor Jason Lowe OBE, head of the UK Climate Projections programme for the Met Office said: “Some of the most severe consequences of climate change will come from an increasing frequency and severity of extreme weather events.

“We know that on average the UK is projected to become hotter and drier in summer, and warmer and wetter in winter – this tells us a lot, but for those assessing climate change risk it’s important to better understand how extreme weather events are likely to change too”.

The new projections look at extreme weather events including the most likely maximum summer temperature (over June, July and August) for a one-in-fifty-year event to the nearest degree celsius. This is different from the maximum high temperatures which could be recorded, instead offering “relatively high extremes”.

In London, these high extremes rise from 35C in 1950 to 36C this year, then the projections for the future suggest by 2050 highs of 37C could be reached and up to 39C by the end of the century.

Similarly, the model shows the most likely one-day rainfall total in winter (December, January and February) for a one-in-50-year event to the nearest millimetre.

Dr Simon Brown, one of the key scientists working on the project said: “If you’re designing a flood-relief scheme or building a railway, for example, you can’t assume that the climate will remain the same because we know that it is already changing. The things you want to know will be how much heat or rainfall will my project have to cope with and that is what our projections will do.”

Isabella O'Dowd, senior climate change specialist at WWF, told The Independent: “These are not records we should be breaking. Weather the UK once classed as extreme is fast on its way to becoming the new normal. These predictions provide further evidence that the natural world is in freefall, and needs our urgent attention.

“Ahead of the climate summit in Glasgow next year the UK must show global leadership by setting out its own ambitious plans for climate action, as promised under the Paris agreement. Inaction is not an option if we are to protect our planet for future generations.”

The projections are based on emissions scenarios known as representative concentration pathways (RCPs) that attempt to depict possible futures for our planet.

The Met Office has used RCP 4.5, which is described by the IPCC as an intermediate scenario, in which emissions peak around the middle of the 21 century and then decline.

However, scientists have repeatedly warned the planet is still closely following the pathway described by RCP 8.5, also known as the “worst-case scenario”, in which little is done to curb greenhouse gas emissions.

UK temperatures pass 34C for six days in row for first time since 1961.