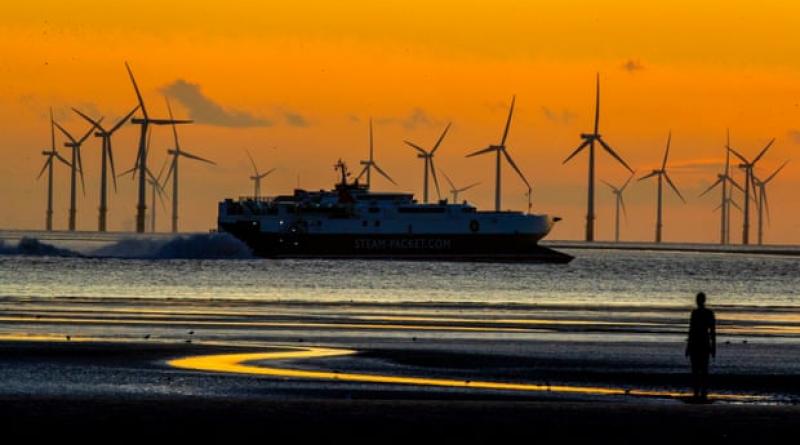 BP, Glencore and Rolls-Royce are among eight FTSE 100 companies who have refused to comply with investor demands to disclose their carbon dioxide emissions, as the UK government prepares to compel firms to report their climate impact.

Companies are coming under increasing pressure from shareholders, campaigners and governments to report climate data, and show how they intend to reduce emissions to help tackle the climate crisis.

Ninety-two of the UK’s blue-chip companies have so far provided data to CDP, the non-governmental group that requests data on behalf of investors. The other laggards who have not reported data included Melrose, the engineering company, and B&M, the fast-growing discount retailer.

Meal delivery app Just Eat Takeaway and enterprise software company Aveva also failed to provide any data. A Just Eat Takeaway spokeswoman said the company was still working out its carbon footprint after completing its merger. Homeserve, the home repairs company, said it planned to report for the first time in 2021.

A spokeswoman for Aveva said the company will report to CDP next year, and will align with TCFD in 2021.

“As a software company, Aveva has a relatively low carbon footprint but we are taking steps to set company-wide climate targets and will report to CDP next year. We are also evolving our environmental reporting to reflect how our software can help industries address the climate crisis and to align with TCFD requirements in 2021,” said Aveva’s director of sustainability, Lisa Wee.

The chancellor, Rishi Sunak, last month announced UK companies would be forced by law to report emissions data by 2025, following in the footsteps of New Zealand under Jacinda Ardern’s government. The UK Treasury’s plans show that all companies listed on the stock market will be forced to report climate data by 2022.

The mandatory UK climate data will be in line with standards set by the taskforce for climate-related financial disclosures (TCFD), an organisation set up by Mark Carney when he was governor of the Bank of England to make companies pay more attention to climate risks to their finances.

The CDP data requests, which cover all of the TCFD requirements, are backed by more than 500 investors with $106tn in assets under management. Some of those investors last week said they would push for companies whose shares they control to reach net zero by 2050.

Standardised disclosure of climate data is seen by campaigners as a key first step in reducing the global economy’s carbon emissions, even if some of the companies that have reported data are still major polluters.

Some of the companies who have not complied with the CDP request have disclosed some data and ambitions to reduce emissions, but not in a way that easily allows scrutiny.

For instance, a spokesman for Glencore, the Switzerland-headquartered miner, highlighted its ambition, announced earlier this month, to reach net zero carbon emissions by 2050. However, its plan does not include shutting down its vast coal mines, despite coal being one of the most polluting fossil fuels.

BP, the oil producer, and Rolls-Royce, the struggling manufacturer of jet engines, both said they had previously complied with CDP’s requests but had declined to do so in recent years. Both firms said they supported TCFD requirements and net-zero targets.

“It’s a space that needs discipline – it could be greenwashing,” said Dexter Galvin, a global director at CDP. “What tends to happen is that companies tend to disclose in a way that makes them look better.”

Galvin said there is growing acceptance in the corporate world that companies need to take action around climate risks.

“2020 has been a torrid year for most people, but for environmental action it has been a quite positive year,” he said. “The trend is very, very positive. The starting gun has been fired on the race to net zero.”