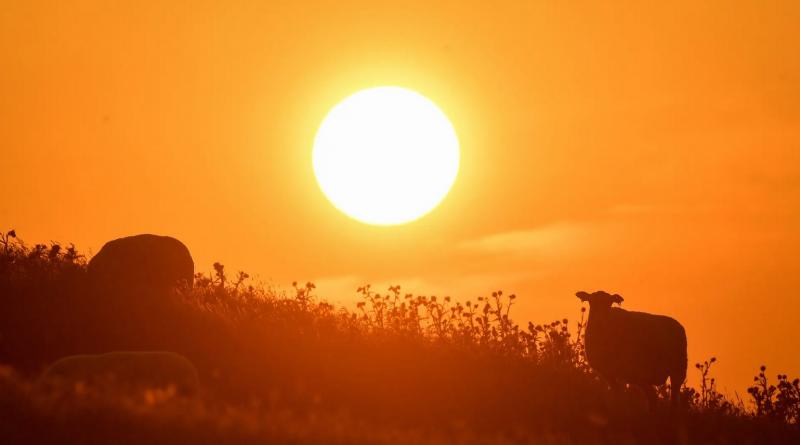 Extreme heat, less frost and snow, and trees coming into leaf earlier among signs in 2019 .

More extreme heat, less frost and snow, and trees coming into leaf earlier are among the signs seen in 2019 that the climate crisis is exerting an increasing impact on the UK, the Met Office’s annual climate report shows.

The year was 1.1C above the 1961-1990 average and the all-time high temperature record was broken in July when Cambridge hit 38.7C. The record-high for winter was also broken, with 21.2C in February at Kew Gardens in London.

Weather conditions are the result of the warming trend driven by global heating and natural variability. Last year was the 12th warmest year on records dating back to 1884 and one of the least snowy years on record. It was also the sixth consecutive year with fewer frosts than average. The last decade has seen 16% fewer days of air and ground frost compared with 1961–1990.

“Our report shows climate change is exerting an increasing impact on the UK’s climate,” said Mike Kendon, lead author of the Met Office report. “Since 2002 we have seen the warmest 10 years in the series. By contrast, to find a year in the coldest 10 we have to go back to 1963 – over 50 years ago.”

The Central England Temperature Series is the longest instrumental record in the world, stretching back to 1659. It shows the average temperature this century so far is 10.3C, which is 1.6C higher than the period 1659-1700.

“Seeing these temperature records go down like sweaty skittles is a stark reminder that climate change is still tightening its grip on all our futures,” said Prof Dave Reay, at the University of Edinburgh. “No corner of the UK is immune to the impacts of climate change.”

In June, research showed the likelihood of the UK experiencing deadly 40C temperatures for the first time is “rapidly accelerating” because of the climate emergency. Another analysis, from Public Health England showed the summer heatwaves of 2019 resulted in almost 900 extra deaths. A wide range of business, economics, health and environmental groups are urging governments including the UK to implement a green recovery from the coronavirus pandemic.

Gareth Redmond King, at WWF, said: “The whole world has to act ahead of next year’s UN climate conference and as hosts we must urgently raise our ambition to show global leadership.”

The Met Office report also found rainfall in the UK in 2019 was 12% above the 1961-1990 average. Dr Mark McCarthy, head of the Met Office’s National Climate Information Centre, said: “It was a particularly wet year across parts of central and northern England [with] some very severe flooding in early November.

“Since 2009 the UK has now had its wettest February, April, June, November and December on record – five out of the 12 months,” he said. Warmer air can hold more water vapour and therefore produce more intense rainfall.

Dr Darren Moorcroft, at the Woodland Trust, said: “In response to the warm winter and mild spring, the first leaves appeared on trees nearly 10 days earlier in 2019, compared to our baseline period [of 1999-2018]. Whilst this may not sound like much, research has shown this can have dire impacts further down the food chain.”

Moorcroft added: “It is a stark reminder of the need to take immediate action on climate change. Trees are not only a measure of what’s happening, they’re a vital part of the solution: as natural carbon stores they’re key agents in fighting climate change.”

The sea-level section of the report was contributed by the National Oceanography Centre (NOC) and showed levels continuing to rise due to increasing melting of the Greenland and Antarctic ice-sheets, mountain glaciers, and the warming of the ocean.

The NOC director, Prof Edward Hill, said: “An immediate consequence will be higher extreme sealevels [during high tides and storms], which cause flooding and threaten lives, property and key infrastructure.” But he warned: “Only one of the long-term tide gauge sites is producing data of sufficient quality. High-frequency, high-accuracy, coastal sea-level monitoring is essential.”