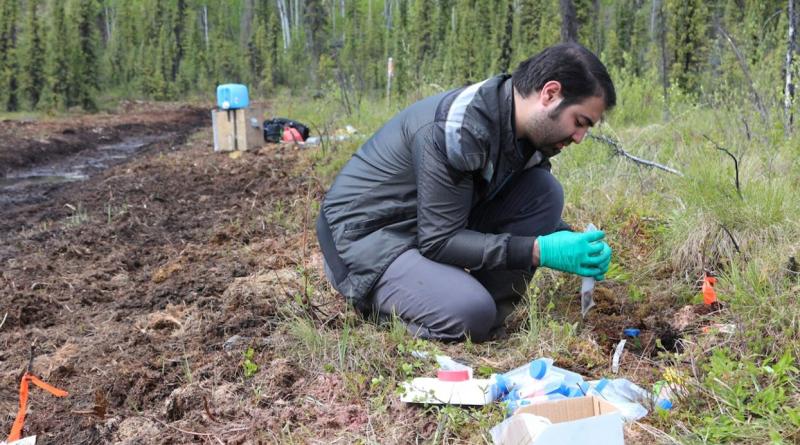 Can the past predict the future?

In the case of communities of microbes living in the Arctic permafrost, researchers at the University of Alberta think it might. The scientists discovered that the microbes and chemistry of Arctic soil changed dramatically following the end of the last Ice Age, and the same thing could happen again due to theclimate crisis.

"Since soils are where plants grow and where nearly all terrestrial life lives, this could have big impacts on the entire Arctic ecosystem," study coauthor and University of Alberta associate professor Brian Lanoi said in a university press release. "Our work shows this happened before, and it is possible that this could happen again as the result of current climate change."

How changes in ancient soil microbes could predict the future of the Arctic: https://t.co/bXBDfEeMFd #UAlberta… https://t.co/qj9PQShzDX

The study, published in Frontiers in Environmental Science this month, helped fill a gap in scientists' understanding of how the end of the Ice Age impacted soil communities. The shift between the Ice Age (the Pleistocene) and the current era (the Holocene) led to dramatic and well-documented changes in plant and animal life, but, until now, it had not been clear if it caused equally dramatic changes to the communities of microbes living in the Arctic soil.

However, previous studies had looked at permafrost sediments dating from either the Pleistocene or Holocene. To better understand the transition, the University of Alberta researchers looked at sediment that showed the transition between the two geological epochs. They then analyzed the samples under sterile conditions for both their genetic makeup and chemical composition, and found that both markers were very different before and after the transitional period.

"We found that both the microbial communities and the chemical parameters are stable within each era until they cross a threshold, driven by the change in climate," Lanoil explained in the press release. "After that threshold, there is an abrupt switch to a new microbial community and new soil chemistry. We argue that modern climate change could lead to a similar transition in state for soils in Arctic ecosystems, with unknown consequences."

The researchers did note that warming in the Western Arctic is now much greater than at the end of the last Ice Age, and the region may be reaching its highest temperatures in the last 14,000 years.

Previous research has shown that warming might not only change the composition of Arctic soil, it might also release microbes that have been frozen there. Scientists have warned that the climate crisis could cause deadly bacteria long trapped in frozen soil to reemerge.

"Permafrost is a very good preserver of microbes and viruses, because it is cold, there is no oxygen, and it is dark," evolutionary biologist Jean-Michel Claverietold BBC in 2017. "Pathogenic viruses that can infect humans or animals might be preserved in old permafrost layers, including some that have caused global epidemics in the past."

Melting permafrost in Arctic will have $70tn climate impact – study.