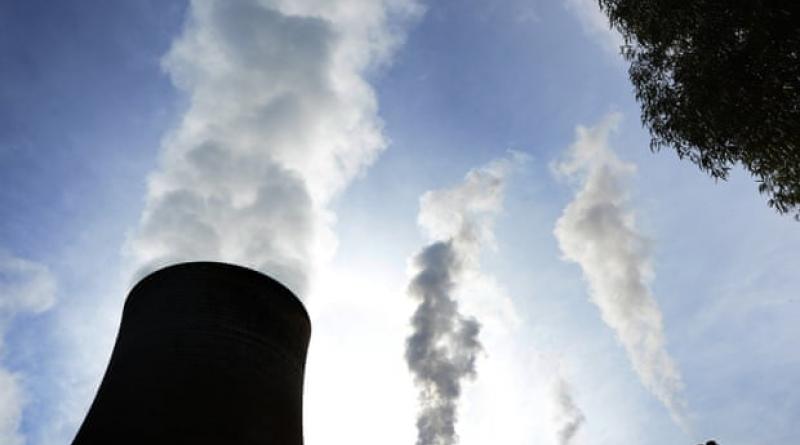 Industry, farming and investor groups say the federal government signed up to a goal of global net zero emissions under the Paris agreement and have warned unless new policies are introduced taxpayer spending on climate programs will need to be dramatically increased.

A joint letter by 10 business organisations, including the Australian Industry Group and the National Farmers’ Federation, says the government will either need to back new climate policies that drive private-sector action or boost taxpayer funding now and into the future.

The letter was sent to a panel of business leaders and policy expertsappointed by Angus Taylor, the emissions reduction minister, to find new ways to “enhance” the emissions reduction fund, the government’s main climate policy. The panel’s appointment, which was not made public, is seen as an admission the fund is not reducing national pollution.

Only select groups were asked to give feedback to a discussion papercirculated by the panel. The Clean Energy Council confirmed it wasn’t approached “directly” to participate in the rapid-fire review, which began in mid-October and is expected to offer initial feedback early next month, but said it welcomed the government’s putative shift on one of its signature policies.

The business group letter says the 10 organisations have different views on policy but agreed on broad principles that should underpin what the government does.

It says Australia’s medium-term climate target set for 2030 is just a staging post on the way to meeting the Paris deal goals of keeping global heating well below 2C and pursuing efforts to limit it to 1.5C.

This would ultimately mean global net zero emissions. In Australia, it would require policy mechanisms that could efficiently deliver “immediate, cost-effective abatement opportunities” in every part of the economy and also encourage innovation.

The letter says the emissions reduction fund has worked in “the land sector” – mostly projects supporting native vegetation – but was poorly suited to driving cuts in industry and buildings and unlikely to bring change in energy and transport.

The groups would support well-designed policies that put less of the cost of cutting emissions on taxpayers, as the emissions reduction fund does, and instead encouraged the private sector to act.

“In the absence of such policies, the government will need to commit more resources – both now and over time – to finance abatement,” the letter says.

The panel, which is headed by Grant King, the outgoing president of the Business Council of Australia and a former chief executive of Origin Energy, was appointed after the government has been privately sounding out some groups about an overhaul of the fund for months. But stakeholders were taken aback when the panel approached them to provide detailed comments on options in less than two weeks.

Interviewed on the ABC, King said it was sensible for the government to look at how the fund was working and take on feedback. “What the government has done is say ‘let’s run a quick process … that’s going to listen to that feedback and see whether we can enhance the way the fund works’,” he said.

King stressed the government’s target, a 26-28% cut below 2005 levels, was not a cap. “What we want to do is exceed those targets and we can do that that, we believe, through listening to people’s experience … and improving the way it is working,” he said.

Taylor agreed the government would “like to beat our targets” and said the review was about “using the best expertise we can”.

“We are doing everything we can to use that money [committed to the fund] to maximise the abatement we get from it,” he said.

The Labor leader, Anthony Albanese, gave the Coalition a blast for failing to have a coherent policy. “The government doesn’t have an energy policy,” he said. “It doesn’t have a plan. What they need to do is to have a comprehensive plan for energy.”

Kane Thornton, the chief executive of the Clean Energy Council, said he welcomed “any steps towards stronger national climate and energy policy to provide the necessary certainty for investors”. He noted the emissions reduction fund had to date focused on areas other than energy, such as agriculture and industrial processes.

Thornton said his organisation, which represents major renewable energy players, had “not been directly approached to participate in the review of the (fund) to date”. But he would welcome any opportunity to put forward ideas that would ensure the fund played a more substantial role in providing investor confidence across all sectors of the economy.

As well as contributing to the joint letter, the Australian Industry Group (Ai Group) has contributed its own submission to the process, urging the Morrison government to pursue least cost abatement in the reboot.

Its submission says market mechanisms, including “price signals and tradable instruments”, can be efficient and effective if well designed, but there are also roles for careful regulation and public funding. “The existing landscape of policy and proposals is far from consistent with these principles,” it says.

The discussion paper floats changing the scheme known as the safeguard mechanism, which was supposed to limit emissions from big industry but in practice has allowed pollution to increase, so companies that emit less than their limit are awarded carbon credits they could sell to the government or business.

The Ai Group says adjusting the safeguards regime is an important option for the government, but will “require especially careful and consultative development”. It says in theory it should be simple to reward facilities for emissions cuts when they emit less than tight limits, or baselines, but in reality “there are many difficult issues involved”.

The emissions policy review came to light as the government announced it would give the government green bank, the Clean Energy Finance Corporation, an extra $1bn to invest in projects aimed at ensuring a reliable electricity supply. The new fund is earmarked for power generation, storage and transmission projects such as pumped hydro, batteries and gas.

National emissions have risen each year since 2015 and analyses have found the government would not reach its 2030 target, a 26%-28% cut below 2005 levels, unless policies changed. Scientists say Australia should be aiming for deeper cuts if it is play its part under the Paris agreement.

Despairing about the Climate Crisis? Read This.