Climate change will be expensive. Who should pay? 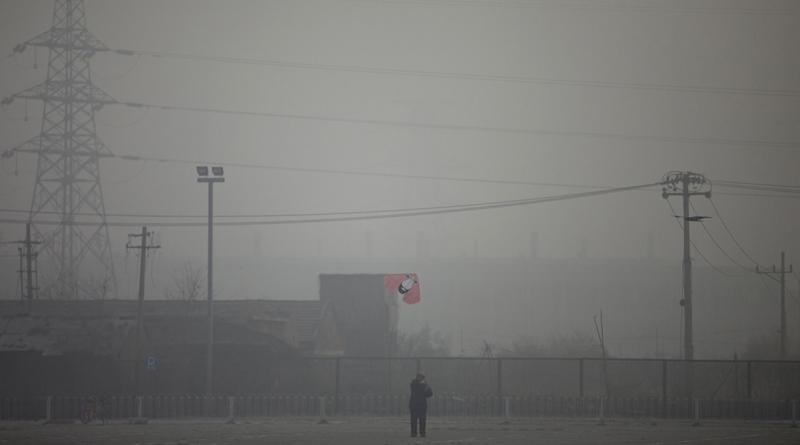 Global efforts to combat climate change will require trillions of dollars, and a lot of people want companies to bear the cost.

A POLITICO Morning Consult Global Sustainability Poll asked people in 13 countries who should pay — governments, taxpayers, consumers, other countries, or the private sector. In every country but one — India — respondents singled out companies.

That finding dovetails with an anyone-but-us sentiment reflected in the poll. Respondents in every country surveyed were united against increasing costs to taxpayers or consumers. In the U.S., 15 percent of adults said climate change costs should be borne by consumers through higher prices. Eighteen percent said taxpayers should pay a lot of the cost.

Message to business: Pay up!

Among U.S. respondents, 41 percent said corporations should fund “a lot” of the costs associated with combating global warming. Nearly 70 percent of people said the private sector should pay “a lot” or “some.” No other group came close.

The sentiment was particularly marked among high earners, 54 percent of whom said companies should shoulder a lot of the burden.

And while it might be no surprise that a majority of adults who identified as Democrats — 56 percent — wanted corporations to pony up, 30 percent of Republicans and 40 percent of independents agreed with them. Two-thirds of Republicans said companies should pay a lot or some of the cost. 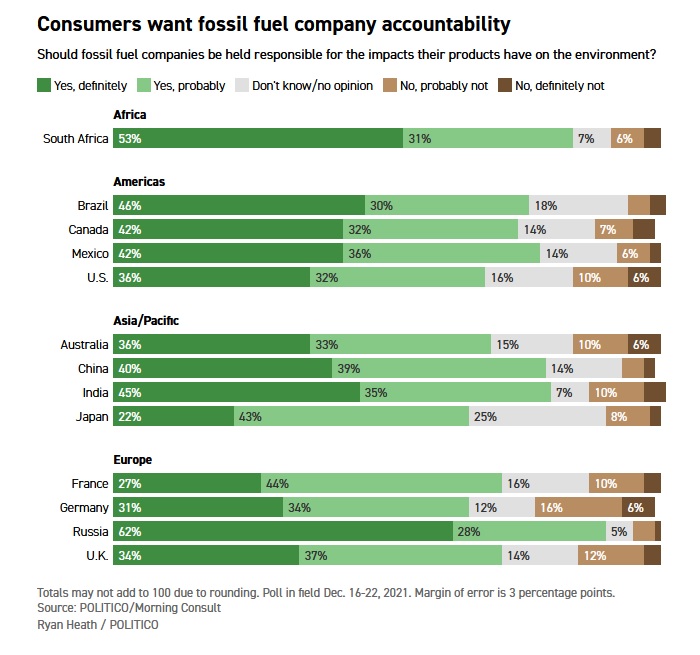 The feeling is global

The sentiment isn’t limited to the U.S. More than 40 percent of respondents in the U.K., Canada, France, Germany, Mexico, Russia, and South Africa also said companies should bear a lot of climate change’s cost. In Brazil, the number shot up to 56 percent. 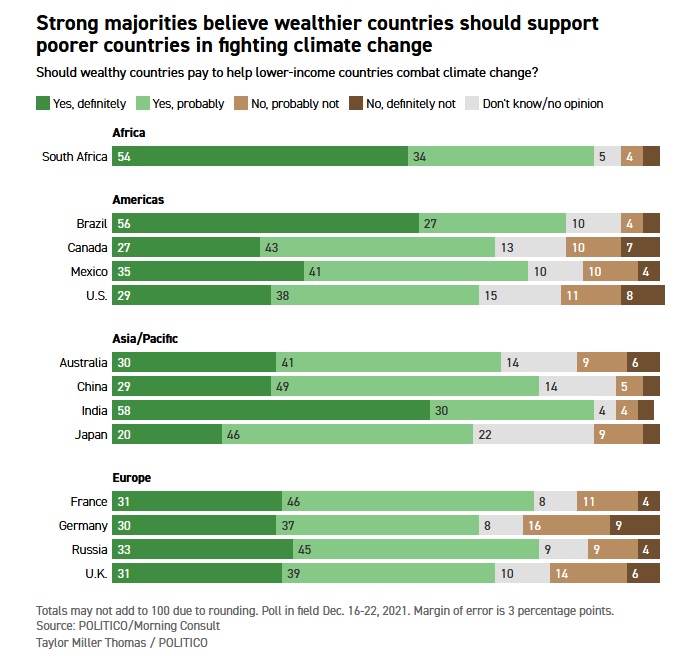 In a separate question, adults surveyed faulted companies for doing too little on climate, ranking them below governments and international organizations. Banks and other financial institutions fared particularly poorly.

In the U.S., only 5 percent of respondents said corporations were stepping up to address climate change; only 4 percent said Wall Street was doing all it could.

Companies are huge players in the climate fight, and not only because they’re big polluters. Large businesses alone are worth a combined $59 trillion. As of 2020, investors held a record $115 trillion in assets.

That’s a lot of capital that can be directed toward solutions. For context, the entire output of the U.S. economy is about $24 trillion.

Many corporations, under pressure from customers, employees, and shareholders, have begun changing their behavior. They’re establishing voluntary standards on climate disclosure, sustainable accounting and emissions reduction. They’re switching to renewable energy and greening their vehicle fleets. Some large banks are experimenting with loans keyed to positive environmental outcomes.

An influential coalition of large companies is using its political clout to push for policy change in Washington. Others are naming and shaming their polluting peers to spur them to action. The CDP, a central repository of corporate environmental data, has enlisted financial institutions to lobby their own customers to report on emissions, water use and other environmental metrics.

But progress remains slow. Tens of thousands of companies don’t report emissions data. Companies are complaining about a proposed U.S. rule on environmental, social, and governance investing, and corporate lobbyists are expected to mount a fight against President Joe Biden’s plans to recalculate carbon’s economic costs.

The POLITICO Morning Consult Global Sustainability Poll surveyed 1,000 adults in 13 countries Dec. 16-22. The survey has a 3 percent margin of error.

Morning Consult is a global data intelligence company, delivering insights on what people think in real time by surveying tens of thousands across the globe every single day.

More details on the poll and its methodology can be found in this spreadsheet.

We urgently need to rethink the funding of global climate action

Melting of the Antarctic ice sheet under current global warming trends could cause sea levels to rise by as much as 17 FEET by the end of the millennium, study warns