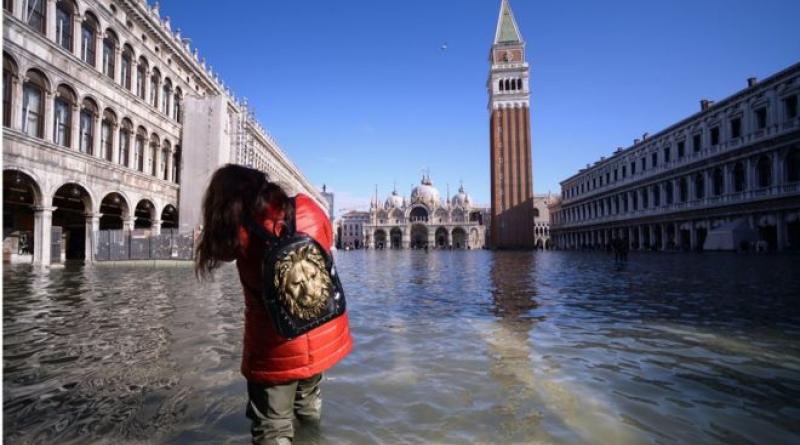 With homes under water in South Yorkshire, near record flooding in Venice, and burgeoning wildfires in Australia, many people are asking if and how climate change is connected to these extreme weather events.

What can we say about the role of climate change in floods like those seen in South Yorkshire?

There are some basic physical factors that help explain the scale of the downpours that recently swamped the village of Fishlake and other locations in Yorkshire, Derbyshire and Lincolnshire.

The very scientific sounding Clausius-Clapeyron equation is one key element.

Clausius and Clapeyron are the surnames of the German and French meteorologists who discovered that a warmer atmosphere holds more moisture. For every 1 degree C increase in temperature, the air can hold about 7% extra water vapour.

When you get the sorts of storms that generate rapid cooling, you get heavier rain falling rapidly out of the clouds, as happened in parts of England last week.

"As temperatures are warmer we get more intense rain, which by itself brings more floods, even if the number of storms hitting our shores don't change," said Prof Piers Forster from the University of Leeds.

"When coupled to warmer, wetter winters generally, as expected from climate change, the ground becomes more saturated so any rainfall will give a greater chance of flooding."

This is, in essence, the scenario that played out in Fishlake last week.

Will we see more such flooding in the near future?

UK scientists observe and predict a 10-20% increase in rainfall during the wettest days, so it is very possible that we will see other examples of this type of downpour across this winter.

In coastal areas, the chances of flooding are made worse by the rise in sea level.

However, the chances of an area flooding or not is also complicated by human factors such as farming practices, the building of houses on flood plains and the vagaries of the British weather.

Venice has been hit by floods that have seen more than 80% of the city, a Unesco world heritage site, under water when the tides were at their highest.

The Mayor of Venice was very quick to attribute the floods to climate change. Critics though have pointed to delays and corruption in relation to the installation of a major floodwater defence system that might have limited the damage.

Climate scientists, however, see a clear relation between rising temperatures and the inundation.

"Sea level rise is rising globally and it is also rising in the Adriatic," said Prof Gabi Hegerl, from the University of Edinburgh.

"Venice is also subsiding a bit, so you have a bit of a double whammy.

"The immediate flood has been caused by the Sirocco wind and the high tides but it wouldn't have been as high without the sea having risen as well."

What about the Australian fires - where's the climate link?

The latest Lancet report on health and climate change "found that human exposure to fires had doubled since 2000".

"Wildfires not only cause deaths and health damage but had significant economic and social impacts," it found.

In Australia, the bushfires this year have come far earlier and on a larger scale than seen previously.

While climate change doesn't directly cause fires like these - it is major factor in creating the right conditions for fires to take hold.

"In areas like Australia where we have had prolonged dry periods, you can't definitely attribute this to climate change but the environmental conditions are increasingly ripe for these sorts of things," said Prof Nigel Arnell from the University of Reading.

"The precursors are all going in the direction of increased fire risk in those fire-prone regions."

"Most droughts are found to be in part caused by climate change," said Prof Piers Forster.

"Stronger winds, again associated with more energy in the climate system, add to the fire risk and make them more intense and faster moving."

Are there common climate factors in all these events?

Very much so, say the scientists.

"And if you have more moisture in the atmosphere, the same rainfall systems rain harder - that is something we see globally and that has a human greenhouse gas signal in it.

"In extreme events, that's where climate change bites us."

Have climate models predicted these events?

"Our climate models that project the future are best at the mean, at looking at the averages," said Prof Arnell.

"They are not necessarily designed to be good at extremes, so we haven't got a prediction of extremes to compare against."

Other researchers say that what we are now experiencing is very much in line with models but that the world hasn't been adequately prepared for the scale of what we are now seeing.

"I think there is a case to be made that scientists under-predicted the societal and environmental impacts of such events," said Prof Piers Forster.

"But the projection of global temperature change and associated climate impacts has been pretty well predicted since the first Intergovernmental Panel on Climate Change report was published in 1990, or even before."

How does the insurance industry view all this?

Those in the insurance industry say that where once it was earthquakes and hurricanes that caused them the biggest losses, wildfires and storms have now become the key loss drivers.

While much of the thrust in dealing with climate change has focussed on cutting carbon, in the insurance business they are more keen on seeing help for people to adapt to our changing world.

"Retrofitting buildings is not as sexy as reimagining an energy system - there is a mundane nature to what a lot of adaptation looks like," said Greg Lowe, global head of resilience and sustainability at Aon.

"People love talking about a green new deal, but I don't really see any discussions around what needs to happen from an adaptation perspective."

Mr Lowe pointed to the example of Florida in the wake of Hurricane Andrew in 1992 which caused 65 deaths and $27bn worth of damage. There was a complete revision of building codes in the wake of the storm which has massively changed the profile of losses in that part of the US.

Can we say that single events are linked to climate change?

For years, when faced with extreme weather events like the fires in Australia or the floods in South Yorkshire, scientists have trotted out the "we can't attribute any single event to climate change" mantra.

But that view has changed.

"You will not find that climate change is the only cause for an extreme event," said Dr Friederike Otto from the Environmental Change Institute at the University of Oxford.

"But you can look at individual events and work out how much climate change has altered the likelihood of it to occur or its intensity."

This view is echoed by other experts in the field.

"This was true in 2013 for the last major IPCC assessment report, but the science on event-attribution (assigning specific weather events to a particular cause) has really developed since then," said Prof Piers Forster.

"Now, even with single weather-related extreme events, we can say with a good degree of certainty that climate change played a role." 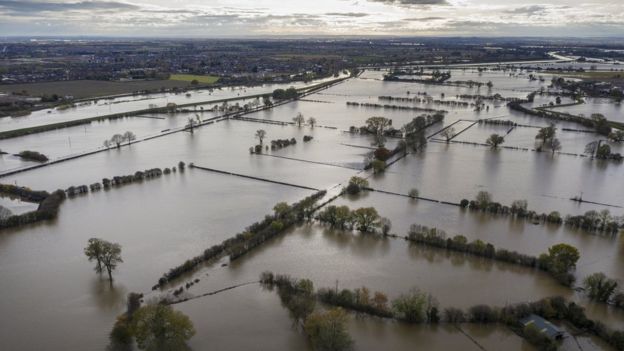 "You can never make a direct connection and say my grandad died of lung cancer because of smoking because you can't figure out how the cancer exactly originated; there might be other factors," said Prof Gabi Hegerl.

"But you can say for sure that if you smoke the probability of coming down with lung cancer is hugely increased. The same methods have been applied to the climate problem."

What about cold weather - how is climate change impacting that?

There is one thing sure and certain about climate change and cold weather events like snow storms - you can bet your bottom dollar that President Donald Trump will tweet about it, querying the absence of global warming!

But researchers say cold waves often have a similar climate signal, but it might be harder to see it in a snowstorm that hits a region compared with a heatwave that affects an entire country.

"I think it is easier in large-scale events," said Dr Otto.

"In heatwaves or rainfall events, the climate models are more reliable on these larger scales and you can pool more observational data. That is easier than localised events."

Arctic wildfires: How bad are they and what caused them?