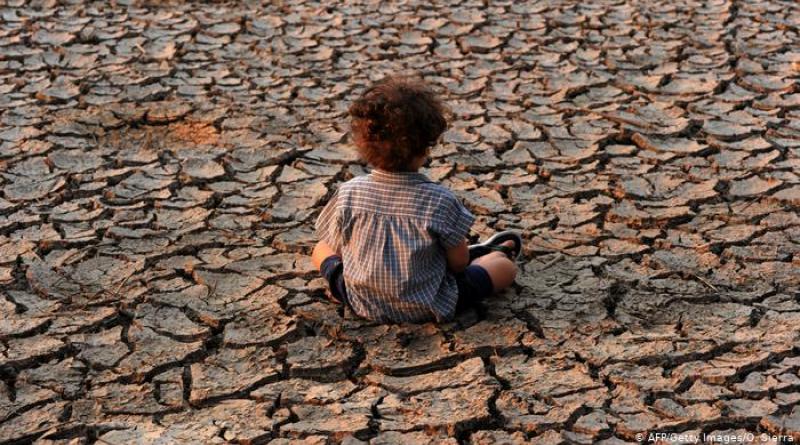 No country is doing enough to protect children from the impact of climate change, a joint report by the World Health Organization, UNICEF and The Lancet has found.

The future of every child is at risk as nations across the world fail to curb the effects of climate change and provide the clean and healthy environment essential for their well-being, according to a report commissioned by the UN.

"Climate change, ecological degradation, migrating populations, conflict, pervasive inequalities and predatory commercial practices threaten the health and future of children in every country," according to the report, authored by more than 40 child and adolescent health experts.

Though the children in wealthy nations have a better chance at survival and well-being, those same countries disproportionately contribute to the carbon emissions threatening the future of all children, the joint report by the World Health Organization, UNICEF and medical journal The Lancet found.

According to the report, not a single country performs well in all three categories measured: child flourishing, sustainability and equity.

"Countries need to overhaul their approach to child and adolescent health to ensure that we not only look after our children today but protect the world they will inherit in the future," said former New Zealand Prime Minister Helen Clark, who is now the co-chair of the international commission that produced the report.

The report also highlighted the threats to children posed by the commercial sector. Exposure to marketing and advertisements of junk food and fat- and sugar-laden foods are linked to obesity among children. 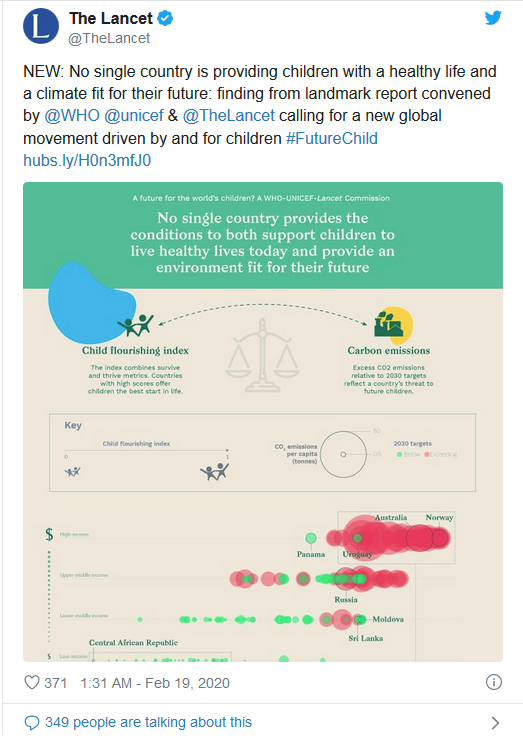 The number of obese children and adolescents increased tenfold, from 11 million in 1975 to 124 million by 2016, the authors noted.

Children are also exposed to advertisements of products meant for adults, such as alcohol, tobacco and gambling — boosting the chances that they will consume them themselves.

The report calls for children to be placed at the center of the efforts to achieve the sustainable development goals agreed to in 2015.

"The SDGs convey a dual vision: to protect our planet from a dangerous and uncertain future and to ensure that we deliver secure, fair and healthy lives for future generations. Children are at the heart of this vision, with their own needs, rights, perspectives, and contributions," it said.