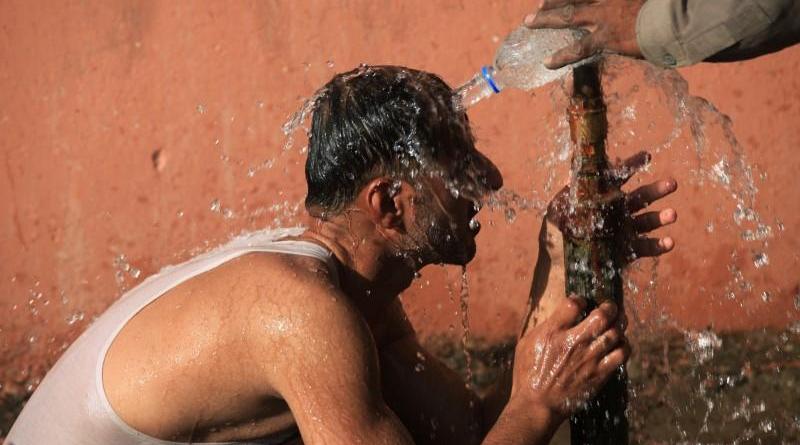 LONDON (Thomson Reuters Foundation) - The number of people worldwide struggling with extreme heat and humidity by the end of the century could be more than four times as many as today if planet-warming emissions continue to rise, hiking economic losses and health costs, scientists have warned.

Spending on mental health, in particular, could soar as more families have trouble sleeping and working, and heat aggravates existing mental health problems, one of two new studies found.

“Heat and humidity extremes have real impacts on health and productivity,” said Bob Kopp, director of the Institute of Earth, Ocean & Atmospheric Sciences at Rutgers University, and an author of one of the studies.

“What our work shows is that there is a real increase in the frequency of these rare heat and humidity extremes, and limiting global warming is the best measure we can take to prevent them,” the climate scientist told the Thomson Reuters Foundation.

Previous research has examined the potential increase in extreme heat days as the Earth’s climate changes.

But Kopp’s work also takes into account the effects of humidity, a factor that has a huge impact on comfort levels on hot days in places from Bangkok to Chicago.

Moist, humid conditions make it harder for people to sweat away excess heat, leading to health risks including heat stroke, which can kill or disable victims who go untreated, according to the U.S. Centers for Disease Control and Prevention (CDC).

“If you look at deadly heat extremes, humidity matters a lot,” Kopp said.

His research, published this month in the journal Environmental Research Letters, found that more than half a billion people are likely to be hit by heat stress above safe levels by 2100 if global average temperatures rise 1.5 degrees Celsius (2.7 degrees Fahrenheit) above pre-industrial times.

Limiting warming to 1.5C is the most ambitious goal laid out in the 2015 Paris Agreement on climate change. Kopp said world temperatures had already increased by 1.2C, and that 275 million people suffered at least one day of dangerous heat stress annually now.

New York’s current typical hottest and most humid day of the year would occur four times annually at 1.5C of warming, and 24 times per year at 3C of warming, the study found.

Heat stress is having serious and costly mental health impacts too, according to a separate study published on Wednesday in the journal PLOS ONE.

Surveys by the CDC from 1993 to 2010 found that American adults were more likely to report poor mental health such as depression or stress on hot days, it noted.

Mengyao Li, a University of Georgia applied economist, and other researchers compared mental health status reports made by 3 million Americans with temperature data at their locations around the country.

They found reports of poor mental health consistently increased on very hot days of 88 degrees Fahrenheit (31C) or above, particularly if heatwaves lingered.

Using estimates of reduced ability to function at high stress levels, they calculated that each day of additional heat-related poor mental health carried a cost of $2.60-$4.60 per person.

Putting a cost on such impacts is crucial as “policy makers make decisions based on dollars and cents”, she added. “Things that don’t get quantified monetarily fly under the radar.”

As climate heats up, planners urged to look beyond history to judge risks.