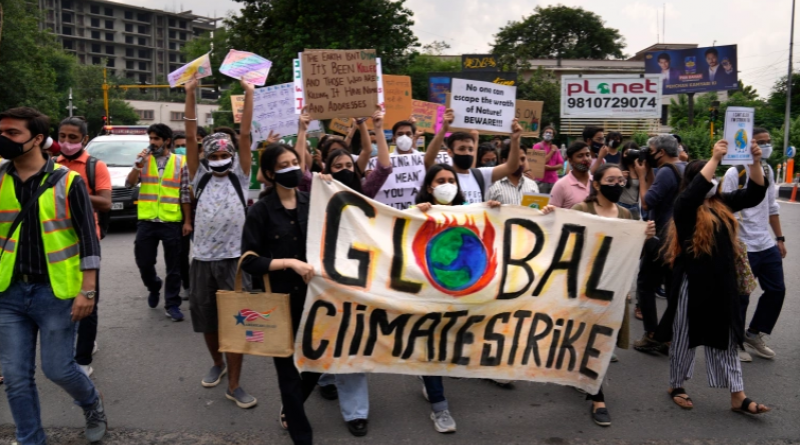 Researchers comb through some 100,000 studies documenting climate change’s effects around the planet.

Climate change could already be affecting 85 percent of the world’s population, an analysis of tens of thousands of scientific studies found.

The analysis, released on Monday, was carried out by a team of researchers that used machine learning to comb through vast troves of research published between 1951 and 2018 and found some 100,000 papers that potentially documented evidence of climate change’s effects on the Earth’s systems.

“We have overwhelming evidence that climate change is affecting all continents, all systems,” study author Max Callaghan told the AFP news agency in an interview.

He added there was a “huge amount of evidence” showing the ways in which these effects are being felt.

The researchers taught a computer to identify climate-relevant studies, generating a list of papers on topics from disrupted butterfly migration to heat-related human deaths to forestry cover changes.

The studies only rarely established a direct link to global warming – so Callaghan and teams from the Mercator Research Institute and Climate Analytics, both in Berlin, took on the task themselves.

Using location data from the studies, they divided the globe into a grid and mapped where documented climate impacts matched climate-driven trends in temperature and precipitation.

For each grid cell they asked, “Is it getting hotter or colder or wetter or dryer outside of the bounds of natural variability?” said Callaghan.

Then, he said, they checked if this type of change matched expectations from climate models.

They found 80 percent of the globe – home to 85 percent of the world’s population, had generated impact studies that matched predictions for temperature and precipitation changes due to global warming.

For example he said that trends in temperatures and rainfall in Africa could be linked to climate change.

“Developing countries are at the forefront of climate impacts, but we can see in our study there are real blind spots when it comes to climate impact data,” contributing author Shruti Nath said, according to a news release by Mercator.

“Most of the areas where we are not able to connect the dots attribution-wise are in Africa. This has real implications for adaptation planning and access to funding in these places.”

Callaghan said the sheer volume of research has made it impossible to individually identify all the studies that reliably link observed impacts to man-made climate change.

The machine learning technique offered a global picture that could help experts trying to synthesise huge numbers of studies, Callaghan said, although he added that “it can never replace human analysis”.

“Our world map of climate impacts provides guidance for the global fight against global heating, for regional and local risk assessments and also for on-the-ground action on climate adaptation,” he said according to the news release.

The World Health Organization and about three-quarters of global health care workers on Monday called on governments to step up climate action at the COP26 global climate conference, saying it could save millions of lives a year.

The UN health agency’s report on climate change and health calls for transformational action in every sector including energy, transport and finance, saying the public health benefits of ambitious climate actions far outweigh the costs.

“The burning of fossil fuels is killing us. Climate change is the single biggest health threat facing humanity,” the WHO said on Monday.

The WHO has previously said some 13.7 million deaths a year, or around 24.3 percent of the global total, were caused environmental risks such as air pollution and chemical exposure.

It is not clear exactly how many of those are directly linked to climate change, although the WHO’s Maria Neira said about 80 percent of the deaths from air pollution could be prevented through compliance with its guidelines.

The report’s release coincides with a letter backed by more than 400 health bodies representing more than 45 million nurses, doctors and medical professionals also calling for action.

“The actions called for in this letter — which are necessary although not sufficient to fully address the climate and health crises — will go a long way toward protecting people worldwide,” the letter said.

Last week, the United Nations Human Rights Council recognised access to a clean and healthy environment as a fundamental right, adding its weight to the fight against climate change.

Our environment has always affected our mortality, should we add climate change to death certificates?