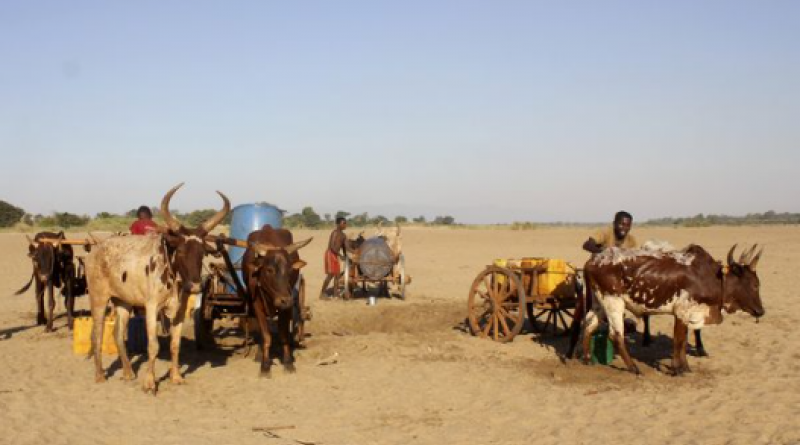 More than 5 billion mobile connections and 3.6 billion social media accounts may add up to existential risk.

Amid emergency heat, flooding, and famine, it’s even more critical that people recognize and agree at least on the big picture. And yet, as recent history has shown us time and again, they don’t. Much of that can be blamed on the pandemic of misinformation—concerning climate change, Covid-19, vaccines, and so much more— now running rampant on social media.

It reminds Joseph Bak-Coleman of fish.

Bak-Coleman is the lead author of a provocative new article in Proceedings of the National Academy of Sciences about scientists’ inability thus far to adequately inform policymakers about how digital technology is impeding efforts to solve climate change and other collective-behavior problems.

Individual fish swimming in a school intuit each other so rapidly and clearly that they can instantaneously and in unison pivot away from whatever dangers they encounter. Insofar as that is true, they have a limited error margin for passing along bad information. “It costs energy when you get scared for no reason, and it also costs life if you don’t get scared when you should,” said Bak-Coleman, a University of Washington postdoctoral scholar with expertise in neuroscience and evolutionary biology. “Animal groups are highly tuned to do these really fantastic feats of behavior. But it’s all quite fragile.”

The development of digital communications has eroded or vaporized community protections developed over millennia to ensure at least a minimally healthy flow of information, which leads to healthy decision-making. That loss, Bak-Coleman and his co-authors write, “combined with rapid distribution of falsehood, may present one of the larger threats to human well-being.”

Think of it like this. If you wanted to make the most obvious statement in the world, you could do worse than: “Technology now allows people to communicate instantaneously and across great distances.” Yet if you wanted to elicit the most tortured answer in the world, you might ask something incredibly similar: “What happens when people can communicate instantaneously and across great distances?”

The tension between the obvious statement and the unanswerable question—which holds within it just about all of the world’s large-scale problems, including climate change—is so great, Bak-Coleman and his colleagues propose a whole new academic discipline just to try to understand it. As physiology has medicine and climate science has emissions-mitigation and adaptation–planning, they argue, the digital-misinformation pandemic requires an applied science—or as they call it, a “crisis discipline.”

The need for such a discipline is also urgent, they argue, because “given that algorithms and companies are already altering our global patterns of behavior for financial reasons, there is no safe hands-off approach.” Despite the many joys and productive uses of digital communication, it routinely conveys so many falsehoods, so quickly, that many people are left either unable to see or unwilling to fix existential dilemmas, leaving humanity overall in a precarious condition.

More than 5 billion mobile subscriptions and 3.6 billion social-media accounts globally are adding up to a massive disruption in human communities’ evolutionary context, write Bak-Coleman and his fellow authors. Increasing the scale of human interactions by eight orders of magnitude in less than two decades makes even run-of-the-mill misinformation easier to disseminate, more influential, and—a crucial driver—more lucrative than ever. “Some business models may be fundamentally incompatible with a healthy society,” they say.

This new global digital landscape is hostile to antiquated 20th-century science communication approaches, up to and including the upcoming United Nations Intergovernmental Panel on Climate Change reports, which comprise multiple volumes, each hundreds or thousands of pages long. “This is why some people have argued the IPCC should have been dissolved,” said Jennifer Jacquet, a co-author of the paper and associate professor of environmental studies at New York University. Physical science is central to the fight against climate change, but “it’s not really giving us new tools to make a social difference.” (What to call this new academic discipline? Jacquet proposed “agnotology,” the study of the creation of ignorance, a term she credited to Stanford historian Robert Proctor.)

Anthony Leiserowitz, founder and director of the Yale Program on Climate Change Communication, said the article introduces a useful and much-needed new lens for understanding the modern world. It also has much more to explore. The authors focus on channels of communication—digital media—but the complexity and diversity of modern audiences and messengers also require study.

“They are trying to argue we are in a step-change different kind of communications environment today,” he said. “I very much like the lens they’re taking to this,” he said. “It’s gotten less attention than it deserves. It has enormous subsequent effects on everything.”

The media is still mostly failing to convey the urgency of the climate crisis.