Clean energy is the future – so why are some investors still supporting the dying fossil fuel economy? 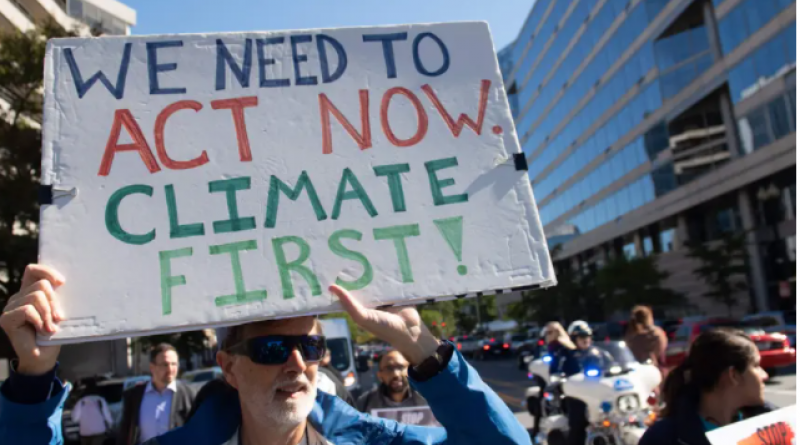 Institutional forces continue to prop up the fossil fuel economy, while both the market and public opinion are leaving it behind. This is as foolish as it is dangerous, writes Tom Steyer

As far as climate action goes, May 2021 was a big deal. The trend towards clean energy and away from fossil fuels exploded. Exxon Mobil, the biggest oil company in America, lost a proxy battle and now three climate activists will sit on its board. A Dutch court set new and stringent rules for energy companies, including Royal Dutch Shell. The German Supreme Court ordered all of Germany to step up its climate game significantly by 2030.

The trend is clear. You don’t need to be a professional investor to read these tea leaves and extrapolate these lines. The world is moving towards clean energy – the future – and away from fossil fuels (the past). For a healthier, more prosperous future for everyone, we should be investing in clean energy. Nevertheless there remains a small but powerful oligarchy that wants us to keep using the remnants of dinosaurs to fuel our country, even if it makes us the next dinosaurs.

Institutional forces, here at home and around the world, continue to prop up the fossil fuel economy – desperately trying to hold on to the past with both hands – while both the market and public opinion are leaving it behind. This is as foolish as it is dangerous. If those with power, in either government or the private sector, try to slow-roll progress, we will lose out on the prosperity and benefits of the clean energy economy, and more importantly we will destroy our planet. We are at the brink of true, irrevocable disaster. The worsening wildfire and hurricane seasons tell a tale of the devastation that is already here, as well as the devastation that is to come. When we call it an “existential crisis” it’s because our ability to “exist” is at stake.

So why, then, are some of the loudest, smartest, most trusted voices in investing continuing to support the fossil fuel economy? People who know better are leeching every dollar possible from the present with no regard for the future. They are investing in the fossil fuel status quo, one where oil and gas provide jobs, fuel our homes, and power parts of the economy. There’s still money to be made there – money to extract from the past. It’s Warren Buffett’s analogy of the cigar butt, where the cheap remnants of a dangerous relic can still be puffed, and can still be extracted for dollars. As long as puffs can still be taken, people will continue to extract the last dollar from the current set-up, no matter the consequences.

The problem is that continuing as we are now will mean the destruction of our planet. We need to move away from fossil fuels fast. We need to make the change irrevocable, so there’s no bouncing back for oil and gas companies, no extracting any more puffs from the cigar butt. The future must be clean energy for every reason: economy, health, safety, equity.

Investors know that you can only invest in the future. So, why are institutional actors anchored in the past? The answer to that question lies in motivations that still drive the current predominant model of capitalism: what many call “extractive capitalism”.

Extractive capitalism has one singular, all-encompassing motivation: money. When I was coming up in the finance world, investments were judged as “good” or “bad” solely based on their returns, with no attention to their impact.

This is still the school of thought into which investors are indoctrinated. With that singular motivating lens, you are free to do anything that’s legal. With this narrow view, you could justify telling the world that we will just adapt to a burning planet, despite all the science, because the market will fix big problems on its own. Most investors and business people don’t think it’s incumbent on them to change their actions and tackle societal problems. “The market will course-correct”. And while the market might address this problem (it is already starting to), it won’t do it on the timeline that the natural world is demanding from us. We can’t rely on the market alone to tackle humanity’s greatest threat. We need humanity to do it.

Trust me, I get that it’s hard admitting you are wrong. I made a decision to divest from fossil fuels in 2013, and that was much too late. Farallon, the firm I founded, invested in the whole economy, including fossil fuels. It was a mistake. The climate science was already conclusive. I thought that the government would solve the problem, so that as a private individual I could operate as though it was business as usual. The climate crisis touches every sector and impacts every person. It’s a disaster of our own making, and there’s no reason our system should enable rich and powerful investors to keep their money and power while denying their responsibility.

This is a societal failure demanding societal-wide buy-in and leadership. So staying neutral is not an option. We must all move forward together. If you are not part of the solution, you are freeloading on the rest of us and our movement towards a better future. It’s not a good look to get dragged along towards inevitability. When history looks back at this pivotal moment in our fight to save the planet, it will draw a line between people who fought for progress and those who were complicit in our destruction. That is the legacy of climate action.

We can’t afford to mess this up. We can’t hum and haw. We can only act – and act quickly. Complacency is complicity. The facts demand an all-hands-on-deck approach. We have to change our model of capitalism that warps the incentives of our business leaders. We have to change our motivations. The division of investments into “good” and “bad” can’t just be about how much money they make. We need to have an all-encompassing consideration. What’s the impact? How does it affect the climate crisis, communities, people, the future, systems?

Penalise investments and institutions that operate without these considerations, and create government and market incentives for those that make the effort. Every day, more and more people are on board, demanding the shift towards clean energy. They see the market moving, the trends solidifying, and the reality that clean energy is a necessity for their bottom lines. People who are currently invested in fossil fuels need to be forced to see their investments as a liability, rather than a last bite of the apple. We need to be looking at our actions, our systems, and our investments as a multi-variable equation. We can do it, and we can all be better for it. Either get on the wagon – or in this case a zero-emissions vehicle – or get out of the way.