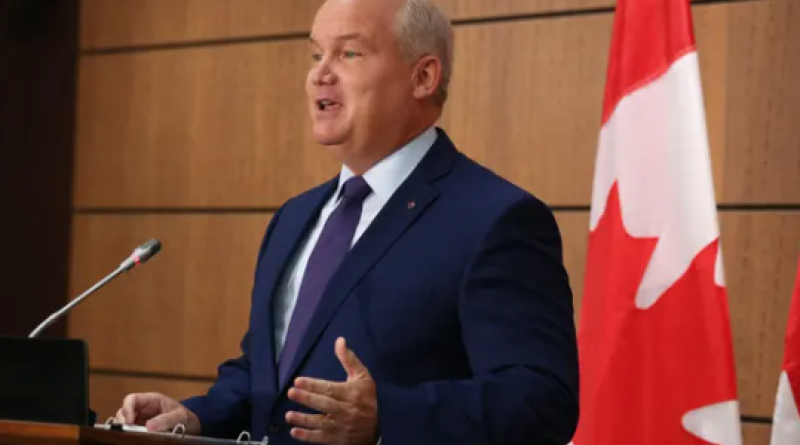 Canada’s main opposition Conservative party members have voted down a proposal to recognize the climate crisis as real, in a blow to their new leader’s efforts to embrace environmentally friendly policies before a likely federal election this year.

On Friday, the Conservative leader, Erin O’Toole, urged party members to rally around an ambitious climate agenda, in order to avoid a defeat at the hands of Liberals.

He asked members to be open to new ideas if they were serious about toppling the Liberals in the next election, even if that went against the party’s conventional thinking.

He did not want Conservative candidates to be branded as “climate change deniers”, he said.

On Saturday, Conservative delegates rejected the policy shift by 54% to 46%.

Climate change was a polarizing issue in the last election campaign. While Justin Trudeau stresses that the environment is a priority, Canada has failed to meet any of its climate pledges amid resistance from politicians who say the targets threaten the oil industry.

Canada is the world’s fourth-largest oil producer and one of the highest emitters of greenhouse gases on a per capita basis. The prime minister’s Liberal supporters rank it among their top concerns.

Joe Biden’s aggressive climate policies are expected to galvanize Canada to march in step with Washington’s tough measures to avoid being disadvantaged.

When it comes to climate hypocrisy, Canada's leaders have reached a new low.