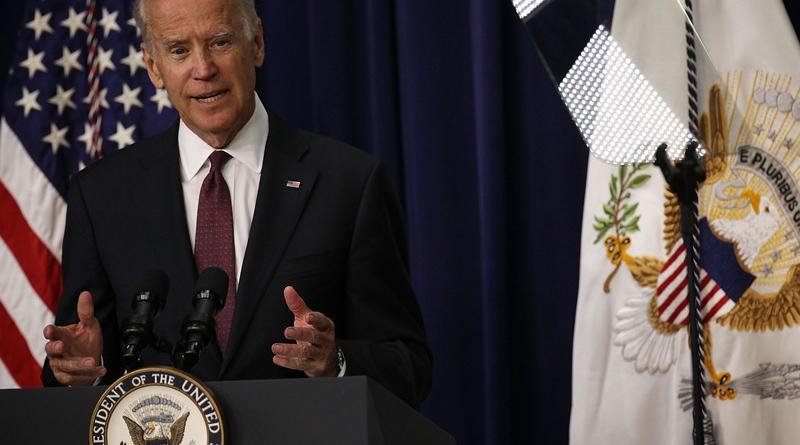 Although he faces a split Congress, the US president-elect has levers he can pull in the government to advance clean energy and curb global warming.

When Joe Biden won the US presidency earlier this month, it seemed like a huge opportunity to restore the country’s position as a leader in the fight against climate change. But whether he’ll be able to deliver on his climate agenda — the most aggressive ever put forth by a leading US presidential candidate — remains to be seen, especially because he will face a powerful Republican opposition in Congress.

Still, climate-policy experts say that there is a lot the former senator and vice-president to Barack Obama can do, including exerting his authority over federal agencies to drive forward his agenda, and leveraging his experience working with both parties in the Senate to push legislation in Congress.

“This is really the first time that a US president is leading with climate,” says Vicki Arroyo, executive director of Georgetown University’s Climate Center in Washington DC. That’s exciting, she says, but suggests cautious optimism: global warming is still a partisan issue on Capitol Hill, dividing Republicans and Democrats, and “that is going to limit what Biden can accomplish”.

Biden’s election comes at a crucial juncture. President Donald Trump pulled the United States out of the Paris climate agreement earlier this month, but other players on the world stage, from China to the European Union, are preparing to present a new round of commitments at the United Nations climate conference in Glasgow, UK, next year.

The president-elect has already set the stage for the United States to immediately rejoin these negotiations. On 23 November, Biden named John Kerry as his special envoy for climate change and gave him a seat on the White House National Security Council. Kerry served as secretary of state under Obama and was key to mediating the original Paris agreement.

Having the United States back on board will give an important boost to these negotiations, says Jean-Pascal van Ypersele, a climatologist at the Catholic University of Louvain in Louvain-la-Neuve, Belgium, and former vice-chair of the Intergovernmental Panel on Climate Change. “The stars are much better aligned for a successful outcome in Glasgow than they would have been if Trump had been re-elected.”

Biden and other Democrats hoped their party would wrest control of the US Senate during the recent presidential election. Although Democrats will retain control over the House of Representatives by a narrow margin, Republicans performed better than expected in the Senate. The final seat count in that chamber is up in the air, and will depend on the results of a pair of January run-off elections in Georgia. No matter the result, Congress will be narrowly divided between the parties, making it challenging for Biden to pass significant climate legislation.

Biden’s first opportunity to advance his agenda through Congress could, as with Obama, come in the form of an economic stimulus bill. With the US economy reeling from the pandemic, many analysts expect this to be at the top of Biden’s agenda when he enters office. His team has made climate a central feature of its economic plan and could use a stimulus package to increase federal investments in low-carbon energy and green infrastructure.

But that is where the similarities to Obama’s approach might end. After the stimulus bill, Obama’s administration worked with congressional Democrats on legislation to drastically cut US greenhouse-gas emissions by 2050 — but that bill failed to pass the Senate in 2010.

Instead, Biden will probably look for ways to advance less-sweeping climate measures. One possibility that could garner some industry support would be legislation that sets federal requirements for clean-electricity generation, says Jeffrey Holmstead, a lawyer at the Bracewell law firm in Washington DC who worked at the Environmental Protection Agency (EPA) under president George W. Bush. Utilities currently have to grapple with a cumbersome patchwork of different state requirements for how they use renewable energy to meet their customers’ electricity needs. Holmstead says that a federal standard could simplify things and level the playing field for all utilities.

But the single biggest opportunity for Biden to advance his climate goals through Congress could be bipartisan legislation that creates a carbon tax to reduce US greenhouse-gas emissions — an idea that has backing among many conservatives and business leaders who are concerned about the climate. One proposal developed by the Climate Leadership Council, a non-profit organization based in Washington DC, would start with a modest US$40-per-tonne tax on carbon dioxide emissions that would increase over time, with the goal of cutting US emissions in half by 2035. The proceeds would be refunded back to taxpayers.

Getting such legislation through the Senate won’t be easy, but it’s not impossible, particularly if Democrats take control of the chamber by winning the two run-off elections in Georgia, says Bob Inglis, who heads the Energy and Enterprise Initiative, a think tank that advocates politically conservative environmental solutions at George Mason University in Fairfax, Virginia.

“This is a major opportunity,” says Inglis. “It’s really better to do this by legislation, and if we can make it bipartisan, then we can make it durable.”

Regardless of what happens in Congress, many scientists and environmentalists expect Biden will immediately use his executive authority to advance his climate agenda across the full suite of federal agencies . (It wasn’t until Obama’s second term as president, in 2012, that he got serious about sidestepping Congress and using his authority to battle climate change.)

Under Biden, the interior department, for instance, could hasten the processing of federal permits to build offshore wind farms and other renewable-energy projects. The Department of Energy could raise energy-efficiency standards for appliances. And the treasury department could work with financial regulators to develop rules on how publicly traded companies report the financial risks of climate change — a move that could help investors to make wiser choices and encourage businesses to take the issue more seriously.

“There’s no need for Biden to wait,” says Tim Profeta, who leads Duke University’s Nicholas Institute for Environmental Policy Solutions in Durham, North Carolina. “There’s a lot the president can do using his own authority, starting from day one.”

Profeta co-chairs the Climate 21 Project, an independent group of academics, policy specialists and former government officials that has crafted a blueprint for executive action across 11 federal offices and agencies to address global warming. The top-line recommendation from the group — several members of which are now working with Biden’s transition team — is that the new administration should establish a National Climate Council led by an official that reports directly to the president. This person would help to advance Biden’s climate agenda by coordinating with various US agencies. “You need somebody in the West Wing who has the president’s ear and who is focused on making climate action happen across the federal government,” says Profeta.

The most powerful authority the president has when it comes to climate change is regulating greenhouse-gas emissions directly through the EPA. Over the past four years, Trump’s EPA has reversed or weakened dozens of environmental regulations, including a trio of Obama-era climate policies targeting emissions from vehicles, power plants and oil and gas facilities. Biden is expected to immediately move to restore — and strengthen — those efforts, but this means starting over and crafting new rules.

“That is the killer, in terms of workload,” says Betsy Southerland, who spent more than three decades at the EPA before resigning in 2017 in protest against Trump. “The Biden administration is going to have to make a decision: do they laboriously reverse each one of those rules, or is there something more effective and efficient they can do?”

In the case of the policy on fuel-efficiency standards for vehicles, the administration might move forward with an entirely new rule. The Trump administration rolled back standards put in place under Obama so that the car industry has to boost average fuel efficiency by only around 1.5% per year between 2022 and 2025, instead of 5% per year. Rather than reworking the rule, the Biden administration will probably move to develop an entirely new set of regulations that look forward another 10–15 years for longer-lasting impact, says David Doniger, strategic director of the Climate and Clean Energy Program at the Natural Resources Defense Council, an environmental group based in New York City.

One outstanding question is how to deal with the power sector, which accounts for more than one-quarter of US emissions. The Trump administration replaced Obama’s Clean Power Plan — which never went into effect owing to court challenges — with a weaker version. Still, cheap natural gas and renewables such as wind and solar, combined with long-standing pollution regulations, have put many coal-fired power plants out of business over the past decade. As a result, US carbon emissions from the power sector were nearly 33% below 2005 levels in 2019, surpassing Obama’s goals 11 years early.

Doniger says that Biden’s administration could craft a new version of Obama’s Clean Power Plan to hasten progress. The key is to move quickly and push the inevitable legal challenges through the courts before the end of Biden’s first term as president, he says. “If things are done right and done early and done well, they can be made to stick.”

The road to Glasgow

Getting an early start on implementing his climate agenda will be crucial as Biden reintegrates the country into the Paris climate agreement.

But rejoining is the simple part. Biden will need to develop a climate pledge and present it to the world at next year’s conference in Glasgow, where countries are expected to update their commitments for the first time since the agreement was signed in 2015. Under Obama, the United States initially committed to cut greenhouse-gas emissions by at least 26% below 2005 levels by 2025. The challenge is to make sure the new US pledge is both strong and credible, says Joseph Aldy, an economist at Harvard University in Cambridge, Massachusetts, who served as a White House climate adviser under Obama.

“We have lost credibility on many fronts as a result of Donald Trump,” says Aldy. If Biden wants to take a leadership role in the Paris process and push other countries to do more, Aldy says, the president-elect will need to convince the global community that any regulations or legislation he puts in place are going to be effective and won’t be easily reversed in four or eight years when a new president is elected. “Our counterparts around the world will be looking very closely at what we are doing.”

Rallying a polarized country around an aggressive climate agenda won’t be easy, but Biden’s working-class roots and his 36 years of negotiating across the political aisle in the Senate make him uniquely qualified for the task, says Inglis, a Republican from South Carolina who served for 12 years in the House of Representatives.

“Joe Biden was made for this moment,” he adds. “He’s a centrist who knows how to operate within the system, and that’s what I’m putting my confidence in at this point.”