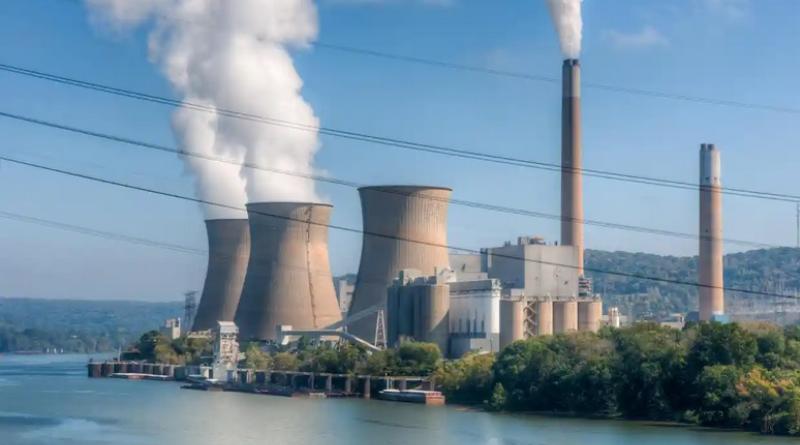 The world will have released more planet-heating emissions than have occurred since the industrial revolution, analysis found

Burning the world’s proven reserves of fossil fuels would emit more planet-heating emissions than have occurred since the industrial revolution, easily blowing the remaining carbon budget before societies are subjected to catastrophic global heating, a new analysis has found.

An enormous 3.5tn tons of greenhouse gas emissions will be emitted if governments allow identified reserves of coal, oil and gas to be extracted and used, according to what has been described as the first public database of fossil fuel production.

The database, which covers around three-quarters of global energy production, reveals that the US and Russia each have enough fossil fuel reserves to single-handedly eat up the world’s remaining carbon budget before the planet is tipped into 1.5C (2.7F) or more of heating compared to the pre-industrial era. 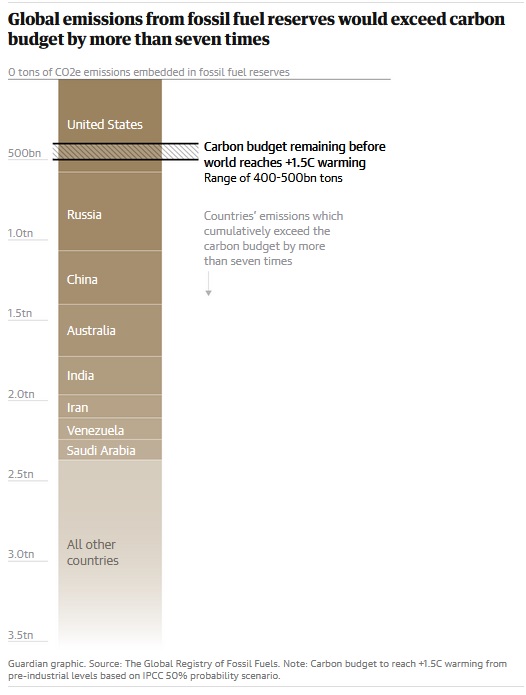 Among all countries, there is enough fossil fuel to blow this remaining budget seven times over, propelling people and ecosystems into disastrous heatwaves, floods, drought and other impacts never seen before in human history. Governments have agreed to restrain global heating to 1.5C but have largely declined to actively halt new fossil fuel leases or extraction.

“You’ve got governments issuing new licenses or permits for coal that are completely decoupled from their own climate commitments,” said Mark Campanale, founder of Carbon Tracker Initiative, which is launching the new Global Registry of Fossil Fuels with Global Energy Monitor on Monday.

“It’s like a country announcing that they’re going on a climate change diet and they’re going to eat salad for lunch and then sneaking back to their office and working their way through a box of donuts,” he said. “You’re not on a diet if you’re stuffing your face with donuts, but that’s what’s happening with countries and their developers of fossil fuels.”

For the world to have an even chance of avoiding 1.5C or more of global heating, scientists have estimated the world can only emit 400 to 500bn more tons of greenhouses gases. This would involve drastically cutting emissions by around half this decade before zeroing them out entirely by the mid point of the century.

However, the US alone has the potential to release 577bn tons of emissions, most of that from coal, through its known fossil fuel reserves. While Joe Biden has presided over America’s first ever climate change legislation and vowed to tackle what he has called an “existential threat to humanity”, his administration has continued to hand out leases for oil and gas drilling, including in vast swathes of the Gulf of Mexico, site of the BP’s Deepwater Horizon oil spill disaster.

Of these reserves, 27bn tons of emissions are set to be released from approved American projects already under development, which include 33.2bn barrels of oil, according to the database. 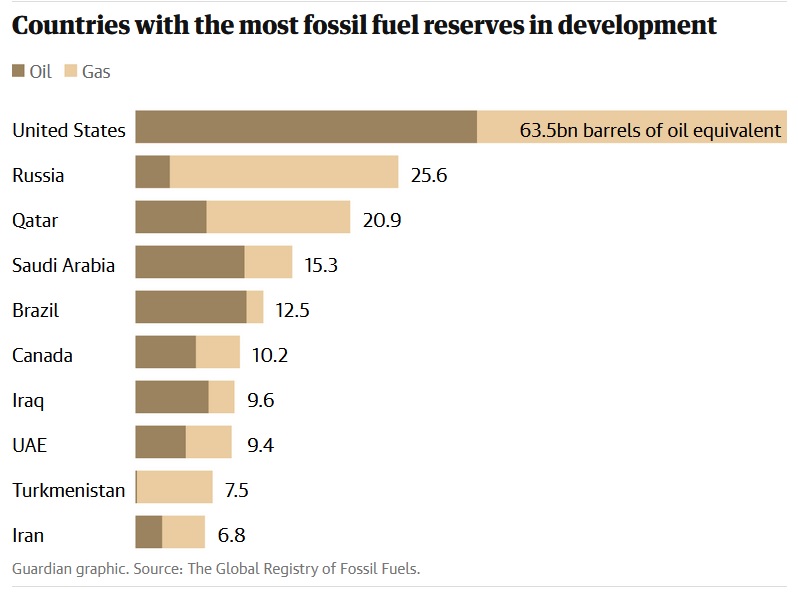 Russia, meanwhile, has enough identified fossil fuels to unleash 490bn tons of greenhouse gases and is currently developing projects that are set to emit 11bn tons. China, India and Australia also all each have enough fossil fuel reserves to push the world to the brink of climate breakdown.

While countries agreed in the 2015 Paris climate accords to curb global heating, three decades of international talks did not yield any commitment to actually reduce the primary cause of the climate emergency – the burning of fossil fuels. At UN talks last year in Glasgow, wrangling by diplomats did yield a promise to “phase down”, but not out, the use of coal.

“When we’re in a situation where you’ve got two, three, four times more fossil fuels in development for the remaining carbon budget, then that tells you that policy is more than slightly out of sync. It’s fundamentally out of sync.”

Many large companies are pushing ahead under the assumption of expanded fossil fuel use, despite government commitments. In May, the Guardian revealed there are nearly 200 ‘carbon bomb’ projects in train around the world, helmed by companies such as Exxon, BP and Shell, that would each result in at least a billion tonnes of carbon dioxide emissions over their lifetimes. Private equity firms, too, continue to pour billions of dollars into the sector.

Russia’s invasion of Ukraine has exacerbated this situation by pushing up prices of oil and gas and causing European leaders to seek the expansion of gas imports from around the world. Campanale said new gas import facilities “risk becoming stranded” as they are superseded by cheap renewable energy, such as solar and wind, causing investors to heap pressure on companies to more quickly embrace a greener future to avoid financial wipeout.

That pressure is ramping up. More than 200 health organizations, including the World Health Organization, last week called for a global fossil fuel “non-proliferation” treaty and upcoming United Nations climate talks in Egypt will see activists urge countries to end their issuance of mining leases.

But António Guterres, secretary general of the UN, has warned that the pace of the energy transition is not fast enough, with global emissions already returning to pre-pandemic levels. The recent heatwaves in Europe, the US and China, as well as the cataclysmic floods in Pakistan are the “price of humanity’s fossil fuel addiction”, Guterres said.

“The current fossil fuel free-for-all must end now,” the UN secretary general added. “It is a recipe for permanent climate chaos and suffering.”