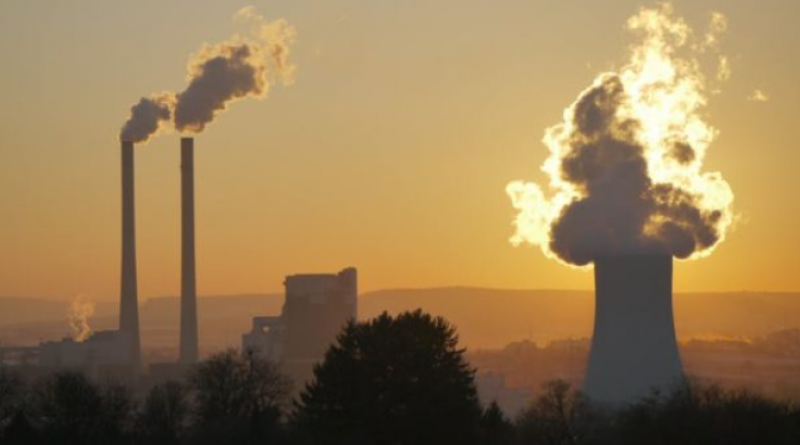 The global Powering Past Coal Alliance is taking sharp criticism from both sides of the Atlantic this week, with delegates gathering for a three-day online summit while the PPCA’s two founders and co-chairs, Canada and the United Kingdom, allow new coal mines to go into operation.

At issue is the point in the coal production chain where participating countries, cities, provinces and states, and other organizations set out to intervene when the Alliance was first announced during the 2017 United Nations climate conference in Bonn. While messaging for this week’s summit stresses the need to pick up the pace on coal plant closures around the world, climate campaigners are just as concerned that new mines are still opening, and the PPCA’s most ardent proponents are letting it happen.

The disconnect is playing out less than a week after a dire warning from the UN climate secretariat that countries’ updated carbon reduction targets to date are only sufficient to reduce global greenhouse gas emissions 0.5% by 2030, prompting Secretary-General António Guterres to declare a “red alert for the planet”.

But as for the Alliance’s contribution to that effort, “the principle here is that it’s about unabated coal power generation,” PPCA Communications Manager Anna Drążkiewicz told The Energy Mix. “So mining coal for industrial purposes or mining coal in general does not fall within the limit of our work, and has not been included in the Powering Past Coal Declaration.”

In that document, government members of the Alliance promise to phase out existing unabated coal-fired generation and place a moratorium on any new plants that don’t include “operational carbon capture and storage”. Businesses and other non-government members commit to “powering their operations without coal”, and all members agree to support clean power generation and restrict financing for unabated coal generation.

The program for the three-day summit reinforces those priorities, with sessions on grid and financial sector transition, net-zero opportunities in the EU and Asia, cost-efficient and sustainable pathways to meet future energy demand, and a just transition for coal work forces and communities.

“While a transition away from unabated coal power is well under way, according to [the International Energy Agency], it is moving too slowly to meet the Paris Agreement goals,” the release stated. “Accelerating the shift is crucial to keeping global temperature rise to within 1.5°C. It would also help address the global economic crisis and create nine million good new jobs in clean energy.”

While a number of veteran climate hawks show up on the summit program as speakers or session moderators, others say the mission of the Alliance falls short. Some of the heaviest scorn is falling on Canada, where the provincial government in Alberta (also an Alliance member) is allowing a largely deregulated coal industry to engage in mountaintop mining in the face of massive public opposition, and the UK, where Prime Minister Boris Johnson stands accused of “rank hypocrisy” over a new mine in Cumbria.

At the moment, both jurisdictions are looking to mine metallurgical coal for steelmaking, not thermal coal for power generation. In a global climate emergency, the widespread response they’re getting is that coal is coal…and emissions are emissions.

Moreover, Alberta isn’t particularly consistent about distinguishing coal for purposes that aren’t yet easy to decarbonize (think steelmaking to build wind turbines) and thermal coal to feed power plants. Over the summer, federal Environment and Climate Minister Jonathan Wilkinson did eventually designate the controversial Vista coal mine expansion for a formal impact assessment, but only after a short but intense campaign by Canadian climate hawks.

“True leadership means not only phasing out coal-fired electricity domestically, but ensuring that the policies of especially developed countries aren’t delaying a transition away from coal internationally,” Julia Levin, climate and energy program manager at Toronto-based Environmental Defence, told The Mix. “So while Canada’s domestic approach to coal should be commended, we won’t actually be leaders until we stop supplying the world with thermal coal.”

With the UN Environment Programme’s 2019 Emissions Gap Report showing countries on track to extract 150% more coal than would be consistent with a 2.0°C emissions pathway, or 280% more than would match up with a 1.5°C scenario, “the PPCA should be putting pressure on its members, especially developed countries, to adopt supply-side measures and wind down production of thermal coal, while continuing to centre the need for a just transition, both domestically and globally,” Levin said.

“It’s high time for governments of the Powering Past Coal Alliance to address the havoc their respective finance industries have been wreaking on the global climate,” added Katrin Ganswindt, energy and finance campaigner at European NGO Urgewald. “All eyes will be on the UK as the host of COP 26 this year,” and “by opening new coal mines in 2021 against public protest, the country is undermining its credibility as a climate leader.”

Ganswindt pointed to her organization’s Dirty Thirty coal financing report last week, which placed UK (US$46.7 billion) and Canadian ($42.6 billion) investors in third and fourth place on the list of the global coal industry’s leading financiers.

In an email forwarded to The Mix, a spokesperson said the PPCA “focuses on coal power because it’s the emissions that matter when it comes to climate change. While the PPCA’s efforts do not apply to coal mining, we recognize the impact a global coal phaseout will have on jobs and communities in coal mining areas.”

The Alliance’s mission to accelerate that phaseout “isn’t easy, but we are seeing significant uptake and ambition from those who thought this was impossible even three years ago,” the spokesperson added. That means opening the door and offering support to countries that are “charting the path: members who are stepping forward to lead the transition and face challenges head-on to find solutions. This includes those who do not yet have a Paris-aligned coal phaseout pathway—in fact, these are exactly the groups we need to be engaging” to build global momentum.

“We aren’t going to address this challenge overnight, but through collective action we can make a difference, bend the curve.”