Is Biomass the Most Reliable Form of Renewable Energy? 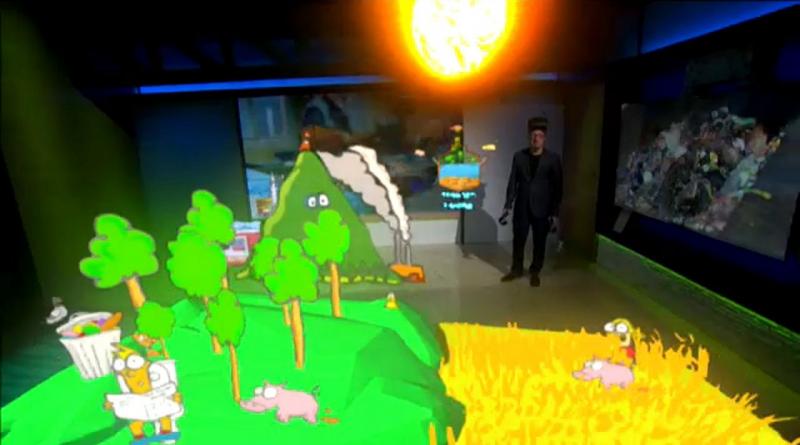 LOS ANGELES -- This edition of Virtually Rick is a load of garbage -- literally! But wait, there’s some good stuff in here, we’re talking not a bio mess, but biomass; a fantastic means of creating renewable energy.

Stick around and we'll show you that even in trash, there's power.

So what, you may be asking, is biomass?

Well it’s organic material that comes from our planet, our animals or even from our bodies (Ewww gross!).

So let's get virtual!

The Sun’s energy, through photosynthesis (look it up) is absorbed by plants, trees, crops, and other things that grow. We eat some of the stuff (so do animals), 'process it' in our tummies, and then deposit it in the bathroom. The other stuff we don’t eat but use gets dumped in the garbage.

But how is the energy released?

Well, biomass is either burned or decomposed to create gas! Here’s the basic principle:

The less disgusting stuff e.g. wood, garbage, crops and other trash gets delivered to biofueled power stations. There it's stored in a fuel bunker and kept as dry as possible, then compressed and dropped into a furnace on a giant conveyor belt.

The heat and gases produced rise up and heat water in thin pipes that turn it to steam and power a turbine that creates electricity. Then the gases from the furnace are stripped via catalytic converter and the remaining ashes are sifted and sorted into metals that are then sold and recycled into other products.

The other way is to use the more disgusting, smelly stuff in what’s called a “digester,” basically a giant stomach. Using methane producing bacteria to break down all the yucky stuff -- the bacteria never dies so it’s an amazing process -- as amazing as your own stomach producing gas (a bit like when Eddie our Cameraman has a burrito as we can all attest here in the studio!).

This gas is then broken down into lots of useful things (not in Eddie’s case!) like fuel for electricity generation, heat, and biofuel for cars too.

So biomass is a thing! It’s happening all across the world and in the U.S., over 90 biomass power plants create nearly 3 percent of California’s total power from nature’s garbage can.

Now if only we could figure out how to create power from today’s trashy reality show stars and the rubbish people say on social media? We’d probably be able to power the entire planet!