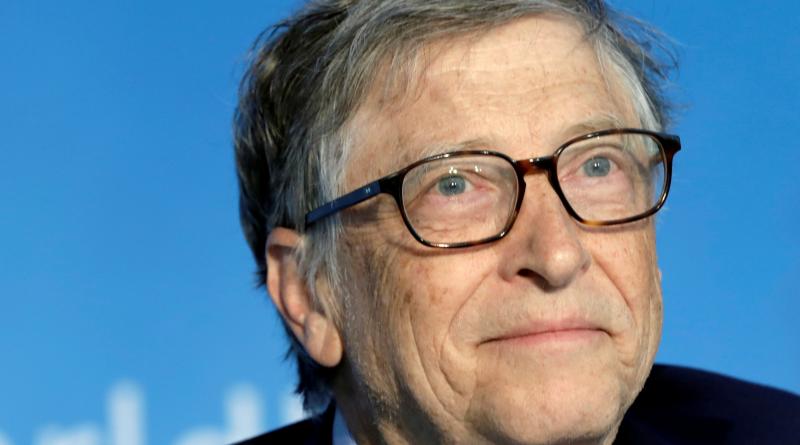 'We don't have a way of making cement that doesn't involve substantial emissions,' Microsoft founder says.

Buildings will be the most difficult innovation challenge of the climate crisis, Bill Gates has said.

The Microsoft founder made the prediction during a “fireside chat” at the GeekWire Summit last week.

While he supports renewable energy projects like solar and wind and the shift to electric vehicles, it is in the construction of new buildings where Mr Gates believes there is a big hurdle to overcome:  Emissions from the manufacture of cement and steel.

He said: “We don't have a way of making cement that doesn't involve substantial emissions.”

Industrial processes, like those used to make building materials, produce more than a fifth of global emissions.

"Without innovation, there's no way. Fortunately, innovation, although it's hard to predict,  across about 10 different areas, if we have those innovations, we can do very well," Mr Gates said.

The billionaire was an early backer of Heliogen, a clean energy company looking at how solar power might achieve the high-temperatures needed to produce steel and cement.

In his GatesNotes blog on Monday, Mr Gates announced the release of his new book, How to Avoid a Climate Disaster, slated for February 2021.

“It’s inspiring to see so much passion these days for dealing with climate change, and to know that the world has set some ambitious goals for solving it. What we need now are practical plans to reach those goals,” he wrote.

The book will be a culmination of his 10 years of studying climate change with experts and investing in innovations, he wrote.

“I hope to explain the science in a clear and compelling way,” he added.

"I’ll also propose a plan for what we need to do over the next decade and beyond to build the tools that will help us eliminate greenhouse gas emissions while scaling up the powerful solutions we already have.

“And I’ll suggest some concrete steps that individuals, governments, and companies can take to make it happen.”