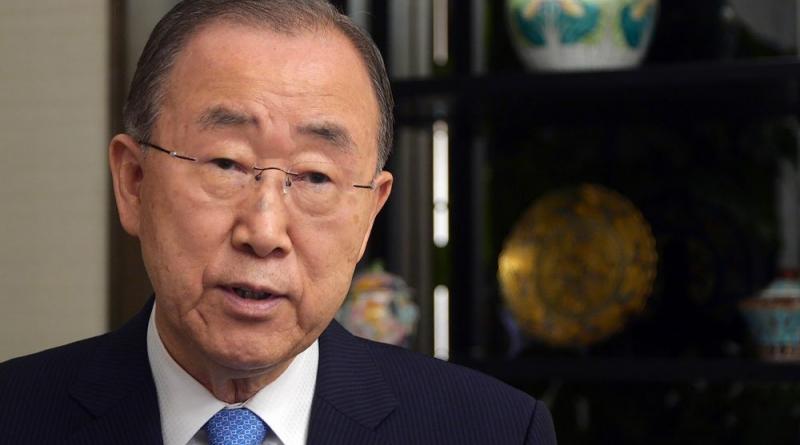 Climate change isn't slowing down anytime soon. So it’s time to focus on living with its impacts.

That’s the message of a new report from about nearly three dozen prominent figures — including Microsoft co-founder Bill Gates and former U.N. secretary general Ban Ki-Moon — who say it is time to jumpstart projects to help people adapt to life on a warming planet.

Politics, business and science leaders who formed the Global Commission on Adaptation last year are now seeking to mobilize political will and financial might to undertake steps ranging from abandoning cattle raising to encouraging homeowners to paint rooftops white. These initiatives will not only slow down climate change, they say, but help the world start coping with its impacts.

“Hundreds of millions of people and billions of dollars caused by damages and destruction," Moon said in an interview. "We’ll have to prevent that by investing wisely. Climate infrastructure can save huge numbers of human beings as well as properties."

Patrick Verkooijen, chief executive of the Global Center on Adaptation, which co-manages the commission, said investing in adaptation “is a moral imperative."

The report, released Monday evening, pushes back against the notion that adapting to climate change is akin to admitting defeat. While measures to meet the emissions-cutting goals of the 2015 Paris climate accord should be ramped up, they write, this doesn’t preclude taking steps toward adaptation at the same time.

“Even if we were to live in 1.5 degree world we would need massive adaptation,” Verkooijen said, referring to the goal spelled out by a U.N. panel of scientists of preventing the world's average temperature from rising 1.5 degrees Celsius over preindustrial levels. “Investing in adaptation is not a tradeoff with mitigation. We need to do both.”

Financially, the reason is simple: It is typically cheaper to adapt now than it is to recover later, the report says.

“We make the obvious case that people and the economy are massively hurt by climate change,” said Andrew Steer, president of the World Resources Institute, which also co-manages the commission. “The reason why Gates said he would join is the 500 million small farmers who are hugely threatened. Their yields could fall by up to 30 percent and undermine all the efforts” of organizations such as the Bill and Melinda Gates Foundation, which spends hundreds of millions of dollars to help rural farmers out of poverty.

The commission’s report estimates that investing $1.7 trillion in five areas between 2020 and 2030 could generate up to $7 trillion in net benefits.

The areas include setting up early warning systems for floods or heatwaves, constructing infrastructure to withstand a changing climate, improving agriculture techniques that could boost cereal yields, investing in making water resources more resilient and protecting mangroves to fortify coasts from storm surges.

Often, they write, adaption can be as simple as fixing leaky water lines in drought-prone areas to converse water or planning coastal roadways with future sea levels in mind.

But currently, Verkooijen said, only a quarter of the world’s infrastructure spending is done with adaptation in mind. “We need to get finance flowing to infrastructure investments,” he said.

The projects can often avoid conventional construction. New York City could lower the cost of flood protection by $1.5 billion, or 22 percent, by adopting “green” approaches and playing down engineered approaches such as seawalls.

The authors, though, are trying to avoid a world where only the wealthy can afford to adapt — by either by staying in place and, say, installing air conditioners or by buying new homes elsewhere.

This could worsen inequality between countries and within them. Migration is a form of adaptation, and as climate change worsens more refugees could head to Europe and the United States.

"We risk a climate apartheid where the wealthy pay to escape, while the rest of the world is left to suffer,” Verkooijen said. “Without bold adaptation action, climate change becomes a life sentence to poverty and suffering for already vulnerable and marginalized people.