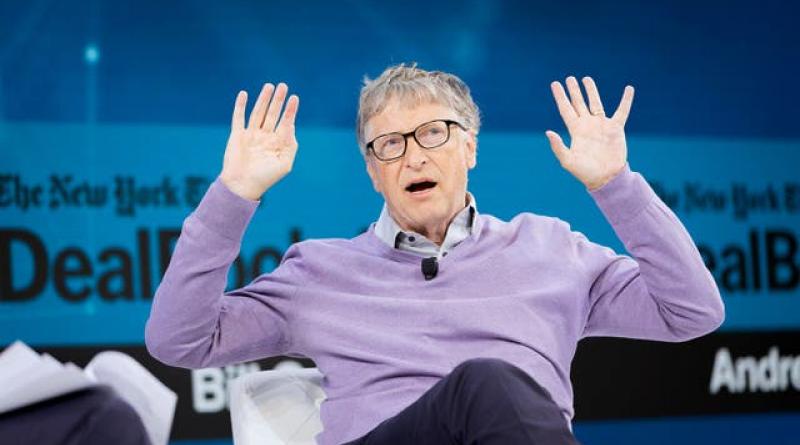 Bill Gates has admitted flying on a privet jet to the Paris Accords in his new book on how to tackle the climate crisis.

The billionaire Microsoft founder admits in How to Avoid a Climate Disaster that his lifestyle makes him “an imperfect messenger on climate change.”

The philanthropist, who is worth more than $100bn, lives in a 66,000 square-foot mansion in Medina, Washington, that has seven bedrooms and 24 bathrooms, a 2,5000 square-foot gym and even a trampoline room.

And he also openly admits to using his fleet of private jets as he travels around the world on behalf of the Bill and Melinda Gates Foundation.

“I can’t deny being a rich guy with an opinion,” wrote Mr Gates.

“It’s true that my carbon footprint is absurdly high.

“I own big houses and fly in private planes — in fact, I took one to Paris for the climate conference — so who am I to lecture anyone on the environment?”

The Paris Agreement is a landmark international accord that was signed by almost every nation in 2015, left by Donald Trump in November 2020 and now rejoined by Joe Biden’s administration.

Mr Gates says that he feels guilt about the high level of his carbon emissions and that “working on this book has made me even more conscious of my responsibility to reduce them.”

“Shrinking my carbon footprint is the least that can be expected of someone in my position who’s worried about climate change and publicly calling for action,” he wrote.

He writes in the book that since 2020 he has used sustainable jet fuel and ““will fully offset my family’s aviation emissions in 2021.”

For his non-aviation emissions, Mr Gates writes that he is “buying offsets through a company that runs a facility that removes carbon dioxide from the air.”

And he adds that he is also investing in clean energy companies and non-profits, and is aiming for the world to become net-zero on new emissions.

“I have put more than $1bn into approaches that I hope will help the world get to zero, including affordable and reliable clean energy and low-emissions cement, steel, meat and more,” he writes.

“Of course, investing in companies doesn’t make my carbon footprint smaller. But if I have picked any winners at all, they’ll be responsible for removing much more carbon than I or my family is responsible for.

“Besides, the goal isn’t simply for any one person to make up for his or her emissions; it’s to avoid a climate disaster.”