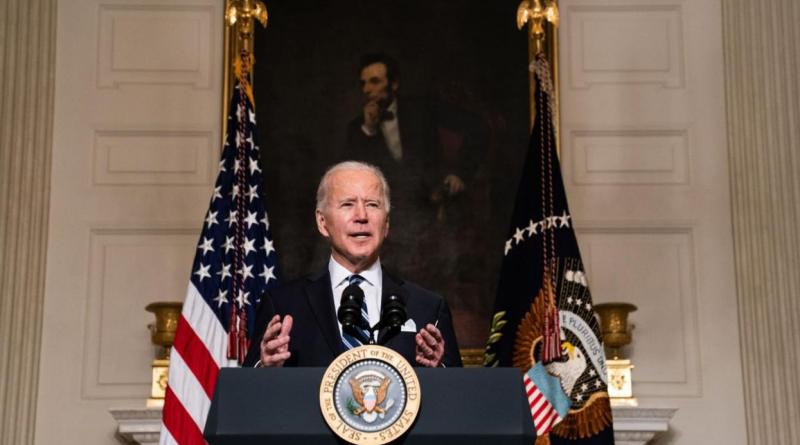 The order set out a bold plan to prioritize climate action for both domestic and international policy while moving away from fossil fuels, creating jobs and emphasizing environmental justice.

"In my view, we've already waited too long to deal with this climate crisis and we can't wait any longer," Biden said in a press briefing. "We see it with our own eyes, we feel it, we know it in our bones, and it's time to act."

The Executive Order on Tackling the Climate Crisis at Home and Abroad endorsed numerous actions, including:

Also on Wednesday, Biden took executive actions to emphasize the importance of evidence-based decision making across the federal government. He created a President's Council of Advisors on Science and Technology and a Task Force on Scientific Integrity. These actions follow attempts by the Trump administration to dismiss mainstream climate science and interfere with government researchers.

"It is the policy of my Administration to make evidence-based decisions guided by the best available science and data," Biden wrote in the memorandum creating the scientific integrity task force.

Biden's actions were met with enthusiasm by environmental groups.

"The Biden-Harris administration has rolled out the most ambitious plan for a #JustClimateFuture in our nation's history," the Natural Resources Defense Council tweeted.

The youth-based Sunrise Movement, meanwhile, noted that the executive order included many items they had been fighting for, including the emphasis on green jobs and environmental justice.

"Seeing this type of action from the Biden administration is great but also just the beginning of what we need to fully address and stop the climate crisis," the group tweeted.

However, the Indigenous Environmental Network felt more cautious. The group applauded the pause on fossil fuel extraction, but said it would wait to celebrate until extraction finally ended.

"As for Biden's pledge to address climate and environmental justice, we are optimistic about the chance to work with his administration in those endeavors, but we stand by our principles that such justice on these stolen lands cannot be achieved through market-based solutions, unproven technologies and approaches that do not cut emissions at the source," the group wrote.

The fossil fuel industry was predictably less pleased. The Western Energy Alliance, which represents oil and gas companies in the Western U.S., immediately filed a lawsuit against the pause on new fossil fuel leases, The New York Times reported.

"Penalizing the oil and gas industry kills good-paying American jobs, hurts our already struggling economy, makes our country more reliant on foreign energy sources, and impacts those who rely on affordable and reliable energy," Anne Bradbury, president of the American Exploration and Production Council, said in a statement reported by CNBC.

However, Biden and his top climate advisors pushed back against the oft-repeated assertion that climate action is bad for U.S. workers.

In remarks to the press, Special Presidential Envoy for Climate John Kerry noted that fossil fuel jobs could take a toll on the workers who performed them.

"[Y]ou look at the consequences of black lung for a miner, for instance, and measure that against the fastest-growing job in the United States before COVID was solar power technician. The same people can do those jobs, but the choice of doing the solar power one now is a better choice," he said.