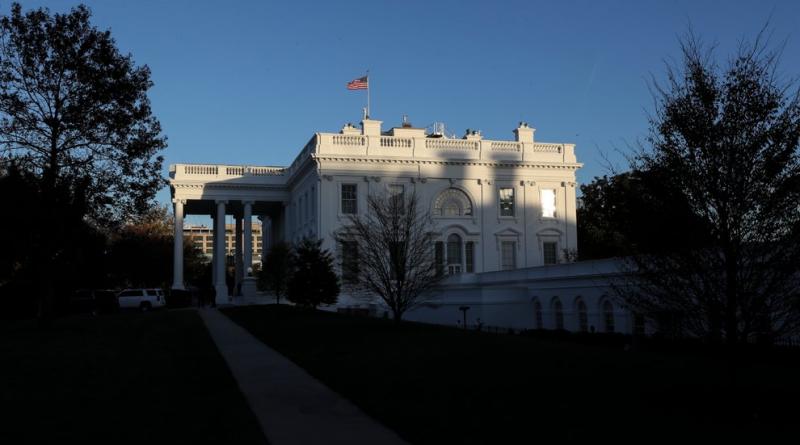 The White House has instructed senior department officials to rebuff overtures from the Biden team to get the transition process underway while Mr Trump refuses to concede, writes Louise Boyle

President-elect Joe Biden has released the names of his transition teams who will forge ahead with groundwork for the incoming administration - despite the Trump White House refusing to play ball.

On Tuesday, the Biden-Harris transition site posted lists of “agency review teams”, including those overseeing transfer of power at federal environmental and energy agencies.

The Trump administration had conducted 80 environmental rules and regulations rollbacks in the past four years, with another 20 still underway, according to the NY Times.

Some of those on Biden’s new teams have publicly condemned those actions, and come from organisations which have launched lawsuits over them, suggesting the transition may be a bumpy one.

But beyond any potential awkwardness, there is mounting frustration over the White House’s instructions to senior department officials to rebuff overtures from the Biden team to get the transition process underway.

The Trump team also informed career government staffers that they were not to begin acting on transition planning, according to AP.

In a weekly Monday phone call for Midwest-based employees of the Environmental Protection Agency (EPA), administrators responded to questions about the transition by telling staffers they had no information yet, said Nicole Cantello, an agency employee and president of the Chicago local of a union representing EPA workers.

Mr Biden was declared the next president on Saturday after Pennsylvania, with 20 Electoral College votes, pushed him past the 270-mark needed to win. But Mr Trump has refused to concede and continues to frantically post to Twitter, in all-caps, alleging “BALLOT COUNTING ABUSE!” and “WE WILL WIN!”

There is no basis for the president’s claims and election officials across the country have found no evidence of fraud.

Some Republicans, including Senate Majority Leader Mitch McConnell, rallied behind the president’s efforts to fight the election results while many others remained silent over the attacks on the democratic process  Few in the GOP have publicly congratulated Mr Biden.

The General Services Administration, led by Trump-appointed administrator, Emily Murphy, has refused to formally recognize the Democrat’s victory. Until that happens, the president-elect will not receive comprehensive security briefings, transition funding or the ability to communicate with agencies to begin coordinating the transfer of power.

Currently, the Biden team is using a makeshift transition headquarters near his home in downtown Wilmington, Delaware.

For the agency review team charged with figuring out next steps at EPA, the epicentre of Mr Trump’s rollbacks on policies tackling climate change and pollution, Mr Biden has sought out familiar faces.

The team is being led by Patrice Simms, a vice president at Earthjustice, the nonprofit environmental law organisation, and former counsel in the Environment and Natural Resources Division at the Justice Department during the Obama era.

Earthjustice has launched more than a hundred lawsuits to defend environmental and health protections during the Trump term.

“Rulings on the merits of 50 of the lawsuits have now been decided. Earthjustice has won 41 of the battles — more than 80% of the legal challenges decided thus far,” the group’s website notes.

Mr Simms was critical of the outgoing administration in a 2019 op-ed, accusing it of enabling environmental racism by tearing down the National Environmental Policy Act (NEPA), a 50-year-old law that allows communities to fight back against pollution.

Also on that team is Lisa Garcia from climate news site Grist, who led the EPA's environmental justice work during the Obama administration. The publication has repeatedly taken the Trump administration to task over rampant climate change denial and its fawning over the fossil fuel industry.

Grist dubbed former EPA administrator Scott Pruitt, an “absurd buffoon” and gave short shrift to current head, Andrew Wheeler, over his close ties to coal executives and past lobbying for gas, chemical and nuclear, along with questioning whether the agency reversals that took place on his watch benefitted those interests.

And there’s no love lost on the opposite side. Recently-installed chief scientist at the National Oceanic and Atmospheric Administration, Ryan Maue, dubbed Grist “#FakeNews media” in a since-deleted tweet, as Heated reported.

At the Council on Environmental Quality, which oversees NEPA among other roles, the transition team is being led by Cecilia Martinez, co-founder of the Center for Earth, Energy and Democracy which focuses on racial and class justice in policy-making. Ms Martinez belonged to Biden campaign’s “unity taskforce” aimed at melding together the ideas from supporters of the president-elect and progressive senator, Bernie Sanders.

Dr Arun Majumdar, a Stanford University professor who served in Obama’s Energy Department, is leading the transition team in that sector. Kevin Washburn, University of Iowa law professor, is an Obama alum from the Department of the Interior, which manages America’s public lands, and will oversee the transition there.

There’s also a sprinkle of tech executives with backgrounds in clean energy.

Noah Deich, director of Carbon180, a non-profit focusing on carbon removal; and Trisha Miller, a director at Gates Ventures working on clean energy programs in Bill Gates’ private office, both join the energy department’s transition team. Ann Dunkin, a chief technology officer, at Dell (and another Obama veteran) is also on the team.

It’s possible that some of the leaders could become permanent fixtures in the Biden Administration.

This week has seen scorched-earth tactics from the Trump administration with a number of key senior officials in climate and energy roles ousted. This included Dr  Michael Kuperberg, executive director of the US Global Change Research Program (USGCRP), who led the fourth National Climate Assessment, the country’s sweeping study of how climate change affects the US.

A senior administration official told AP that presidential personnel director, John McEntee, sent word to departments that they should terminate any political appointees seeking new work while Mr Trump has refused to accept the electoral results.

Lisa Brown, co-chair of agency review for the 2008 Obama-Biden transition team, explained in September why the process is so important.

“Post-election, you really do want to get people into the agencies very quickly so that you get that information fast to inform policy and to inform the personnel, particularly [during] confirmation hearings,” she said.

She pointed to the George W. Bush administration’s “sense of responsibility to the country”, in the wake of September 11, and how they had helped the incoming Obama team.

When Mr Trump won in 2016, president Obama swiftly invited him to the Oval Office, noting the example set by the Bush administration who “could not have been more professional or more gracious in making sure we had a smooth transition”.

Mr Trump has extended no invitation to Mr Biden.

The president’s term ends at noon on 20 January. Several thousand political appointees across the government will see their jobs end by that date.

Republicans are looking to a December deadline to publicly accept the election result, giving the Trump team their time to exhaust his legal challenges.  At that point, states face a deadline to certify results and the Electoral College casts its votes on 14 December.

Senior officials from the George W. Bush administration warned, however, that a delay could cause problems.

“Our adversaries aren’t waiting for the transition to take place,” said former Republican Representative Mike Rogers. “This isn’t about politics; this is about national security.”

The 9/11 Commission report highlighted how the slow transition following the contested election in 2000 between president Bush and former VP Al Gore had created a vulnerability in national security.

The report recommended that “since a catastrophic attack could occur with little or no notice”….the transitions between administrations should be improved, and it led to reforms.