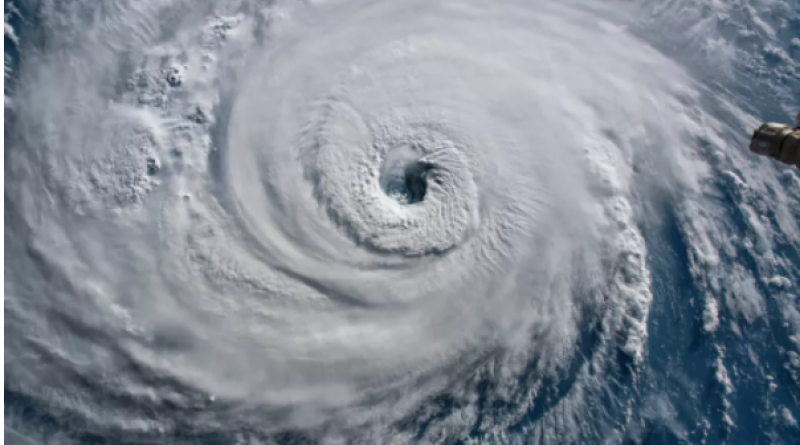 Hurricanes are blasting Bermuda with wind speeds that have more than doubled in strength over the last 66 years, due to rising ocean temperatures in the region as a result of climate change, according to a new study.

During this time, sea-surface temperatures in the region also increased by up to two degrees Fahrenheit (1.1 degrees Celsius), according to the Bermuda Atlantic Time Series (BATS), a long-running dataset collected by the Bermuda Institute of Ocean Sciences.

Scientists already knew that higher sea surface temperatures fuel stronger tropical cyclones. But the new findings show that temperatures below the sea surface also play a key role in how these storms form.

"Our research demonstrates the greater relevance of upper-ocean temperatures versus sea-surface temperatures alone in the prediction of hurricane intensity," lead author Samantha Hallam, a postgraduate student at the National Oceanographic Center and the University of Southampton in the U.K., told Live Science.

Current hurricane forecasts rely heavily on sea-surface temperatures to make predictions. However, the researchers discovered that the temperature of the top 164 feet (50 meters) of the water column could be used to more accurately predict hurricane intensity.

Tropical cyclones — which include hurricanes in the North Atlantic Ocean and Northeast Pacific, cyclones in the South Pacific and Indian Oceans, and typhoons in the Northwest Pacific — arise when low-pressure atmospheric systems form over patches of warm water near the equator.

Warm sea-surface temperatures cause hot air that's full of moisture to rise into the atmosphere, creating a patch of low-air pressure below. Air from the surrounding areas then gets pulled in to replace the "empty" low-pressure spot. This creates a loop of rising warm air pulling in colder air, and causes wind speeds to increase. Meanwhile, the rising, moisture-rich air cools, and the water in it forms clouds that begin to spiral in the updraft, according to NASA.

During this formation process, heat from the ocean is lost to the atmosphere, and surface waters are cooled. But if the underlying waters are also warm, these warmer waters will rise to the surface because they are less dense; once there, they can continue the storm formation process. This mechanism may be a key reason why hurricanes have become so much stronger over the past several decades.

Hurricanes across the Atlantic are also strengthening at a similar rate to those in Bermuda, Hallam noted.

"If ocean temperatures continue to rise, further increases in hurricane intensity could be seen," Hallam said. "This could lead to more coastal damage where hurricanes make landfall."

Researchers believe that subsurface temperatures should be used to help more accurately predict hurricane intensity in the future, especially in places like Bermuda.

"We found that when we use the average temperature through the top 50 m [164 feet] ocean layer, it is a closer predictor of hurricane potential intensity than by using sea surface temperature alone," Hallam said.

The researchers also got a chance to test out subsurface temperature predictions during Hurricane Paulette, which made landfall in Bermuda on Sep. 14, 2020. This resulted in some "promising results" that could be used to help local forecasters in the future, Hallam said.

The study was published online Feb. 12 in the journal Environmental Research Letters.