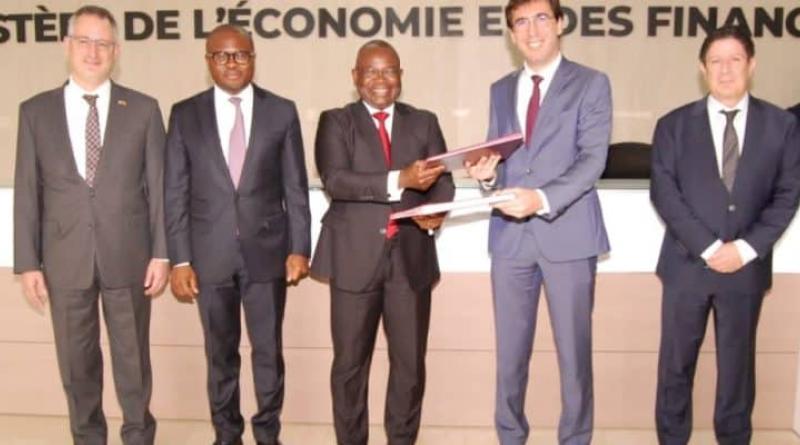 The government of Benin has signed a concession agreement with a consortium formed by French independent power producer (IPP) GreenYellow and Egnon Consulting, a Cotonou-based company. The public-private partnership (PPP) is for the construction of four solar photovoltaic plants with a combined capacity of 50 MWp.

Benin is opening its energy market to independent power producers (IPPs). The government of this West African country has appointed a consortium to build four solar power plants under a public-private partnership (PPP). The consortium is GreenYellow, a subsidiary of the French group Casino, which has teamed up with Egnon Consulting, a consulting firm based in Cotonou, Benin.

The concession contract was signed on Monday, July 4, 2022 between the heads of the two companies, the Beninese Minister of Energy Dona Jean-Claude Houssou and Romuald Wadagni, the Minister in charge of the Economy and Finance. The consortium is committed to building four solar photovoltaic plants totaling 50 MWp. The largest of these, with a capacity of 15 MWp, will be located in Parakou, in the Borgou division. The Bohicon solar power plant, with a similar capacity, will be located in the Zou department.

With a capacity of 10 MWp each, the other two solar power plants will be built in Djougou in the Donga division and in Natitingou in the Atakora division in northwest Benin. GreenYellow and Egnon Consulting were selected through a competitive bidding process in partnership with the Millennium Challenge Account-Benin II (MCA-Benin II), a $421 million U.S. bilateral development fund managed by the Millennium Challenge Corporation.

“Following this crucial step, GreenYellow will be able to focus on the planning of the works, which are scheduled to start in the second quarter of 2023. These projects will contribute to the energy transition of the Beninese state by meeting its objectives of decarbonization of its energy mix, with the production of green, local and competitive electricity,” says the IPP headed by Otmane Hajji.

Financing from IFC and Proparco

The solar project now in the construction phase was launched since 2019. GreenYellow and its partner should no longer worry about financial mobilization. For, the project is supported by the International Finance Corporation (IFC), the subsidiary of the World Bank Group, and Proparco, the branch of the French Development Agency (AFD) group, specialized in private sector financing.

The electricity produced by the project will be sold to the Société béninoise d’énergie électrique (SBEE) under a 20-year power purchase agreement (PPA). These new facilities will increase Benin’s installed capacity. With a population estimated by the World Bank at over 12 million in 2020, this West African country has an installed capacity of only 342 MW according to Power Africa. Of this capacity, less than one MW is produced from renewable sources.

BENIN/TOGO: IFC lends $10m to Gozem for the deployment of 6,000 electric motorbikes