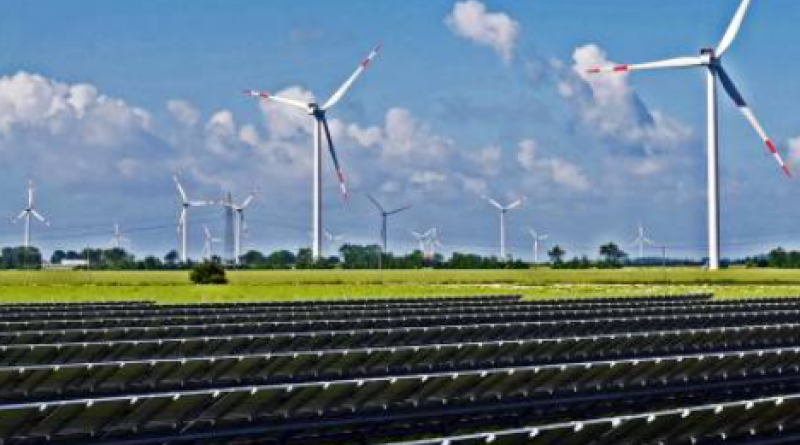 Renewables are cheaper and more sustainable than gas imports, and can provide better energy security in developing nations

The emerging markets of Bangladesh and Vietnam are alluring for foreign energy companies looking to make money in the region. But these nations stand to lose both economically and environmentally through a pivot from coal to gas. Such a switch risks hindering investment into renewable energy and derailing climate progress across the continent.

In Bangladesh, the U.S. gas turbine company, GE, has been negotiating to sell more of its gas technology, potentially paving the way for more U.S. LNG exports to the country. Meanwhile, the Japan International Cooperation Agency (JICA) signed an agreement earlier this month to help develop the country’s new power plan.

Japan’s JICA has stated that it wants to promote a “transformation to a low or zero carbon energy system” in Bangladesh. But given LNG’s full lifecycle greenhouse emissions are comparable to that of coal, promoting the expansion of imported gas on environmental grounds is simply false. From a financial risk perspective, the pursuit of LNG is just as contentious.

Through a revision of its Power System Master Plan, Bangladesh has the opportunity to address system-wide electricity inefficiencies. The country is gearing up to cancel nine coal projects, but reports indicate that these will be replaced with LNG-fired power plants instead. Such a move would be a drastic oversight and threatens to worsen the country’s growing overcapacity issue.

At the moment, the government is contractually obligated to make payments to power plants even though many of them are lying idle much of the time. This poor planning pushes up the average cost of electricity for consumers. This risks the financial sustainability of the sector as demonstrated in Pakistan where capacity payments are on course to reach US$10 billion/year by 2023.

Volatile price spikes to LNG are already an unsustainable cost burden to Bangladesh, but if the country becomes even more LNG-dependent, these costs could soon become unmanageable. Japan, one of the world’s biggest gas importers, saw its electricity prices surge to record levels in January 2021 because of a global gas shortage. Bangladesh’s fossil fuel subsidies have increased substantially to avoid significant electricity price rises that could hold back economic development, but this is unsustainable for government finances in the mid to long term.

Unlike gas, renewable energy is much better suited to Bangladesh’s financial, demand, and climate needs. Renewables generation can be added in a piecemeal manner, expanding the grid sustainably while protecting the country against foreign price volatility. It is also the only energy source that is truly low carbon and climate ambitious.

Capacities of this scale look entirely achievable given Vietnam added an astonishing 9,000MW of rooftop solar in 2020. However, this target risks being crowded out by an increased focus on LNG-fired power investment, and it is vital that the government prioritises its long-term needs for cheap, reliable, and truly clean energy through pursuing renewables.

Like Bangladesh, Vietnam has been scaling back focus on coal-fired power. While many conventional fossil fuels projects in Vietnam have failed to progress, solar power developers over-delivered by five times, and they have done so in a fraction of the time.

Despite this, Vietnam’s latest draft long term power plan sees a total of 18GW of LNG-fired power planned by 2030 while solar additions are capped at just 2GW. This is an illogical decision given the country’s excellent solar track record and one which will cost the country both cash and climate ambition.

Like Bangladesh, increased investment towards grid and battery storage investment in Vietnam would enable solar and wind development progress rather than a curtailment. These technologies are expected to see sharply declining costs over the coming decade.

Developing Asian nations do not need growing fossil fuel subsidies dialling up stress on government finances and higher power prices that impact consumers and businesses. Both the U.S. and JICA should be aware that a switch from one fossil fuel to another that is exposed to even greater fuel price risk, does nothing to improve the sustainability of a power system already exposed to large financial losses.

Foreign governments need to be conscious of the needs of these nations, which are poorly suited to the proliferation of LNG imports, but ideal candidates for renewable energy development.

Simon Nicholas is an Energy Finance Analyst with IEEFA.