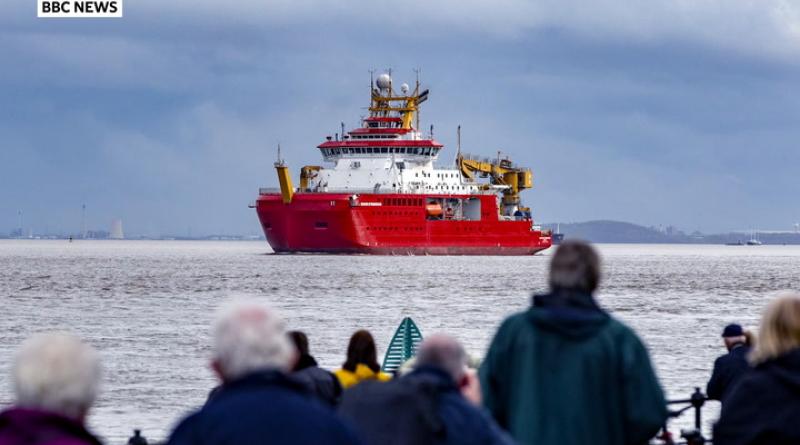 The £200m research vessel was named in honour of the veteran BBC broadcaster after the government ditched the title picked in a 2016 public poll.

The Sir David Attenborough, the UK’s new polar ship, has left its dock to begin sea trials before launching on its maiden voyage to Antarctica at the end of 2021.

The RRS (Royal Research Ship) is a state-of-the-art vessel aimed at bolstering Britain’s research capabilities into how the climate crisis is impacting polar regions.

The £200m ($237m) ship was named in honour of the veteran broadcaster after the government ditched the title picked in a 2016 public poll - ‘Boaty McBoatface’.

The vessel left its wet dock in Birkenhead on Wednesday and sailed down the Mersey to spend two weeks at sea off the coast of Wales before the shipyard, Cammell Laird, formally hands it over.

The safety announcements on board have all been recorded by Sir David.

The British Antarctic Survey (BAS) will operate the ship, undertaking ice trials in the Arctic early next year before its maiden voyage to Antarctica in November 2021.

Professor Dame Jane Francis, Director of British Antarctic Survey, said in a statement: “This magnificent ship will take UK scientists deep into the heart of the ice-covered polar seas. With state-of-the-art technology they will investigate the dramatic changes in the polar oceans.

“This exciting moment marks a major milestone in the construction as so many people have worked tirelessly over the last four years to bring our new ship to fruition. As we seek to find answers to the current climate crisis, this ship will take us to the ends of the Earth to seek answers and to help us understand our future world.”