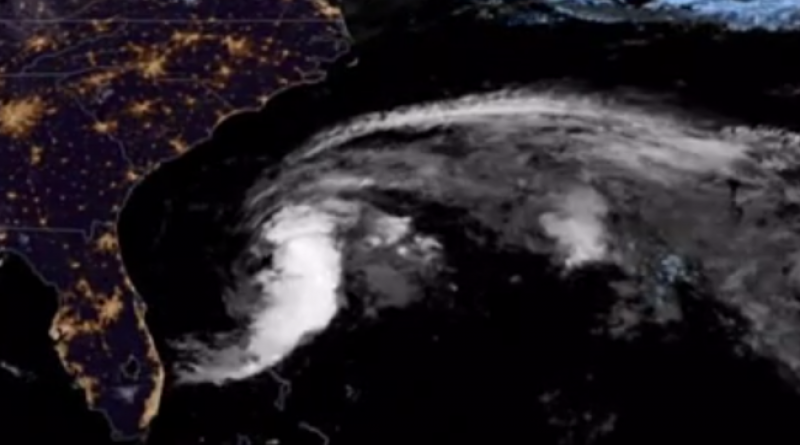 Satellites have spotted the first named storm of the 2020 Atlantic Ocean hurricane season, Tropical Storm Arthur, swirling off the coast of North Carolina.

Stunning views of the storm released by the National Oceanic and Atmospheric Administration (NOAA) yesterday and today (May 17 and 18) show Arthur churning in the Atlantic Ocean as it made its way north off the U.S. East Coast. The tropical storm is being carefully watched by the administration's GOES-16 satellite, also known as GOES-East, the current weather sentinel for the Eastern half of the U.S. in the Geostationary Operational Environmental Satellite series.

The storm has already affected some space missions. SpaceX has postponed the planned launch of 60 new Starlink internet satellites originally scheduled to fly this week to due the storm's effects on Florida's Space Coast. The mission will now launch sometime after SpaceX's next mission, a crewed test flight of its new Crew Dragon capsule NASA scheduled for May 27.

The Atlantic hurricane season does not formally begin until June 1, which is still two weeks away, according to NOAA. The season continues through Nov. 30. In a traditional year, the Atlantic Ocean would see about a dozen named storms during that period; last year saw 18.