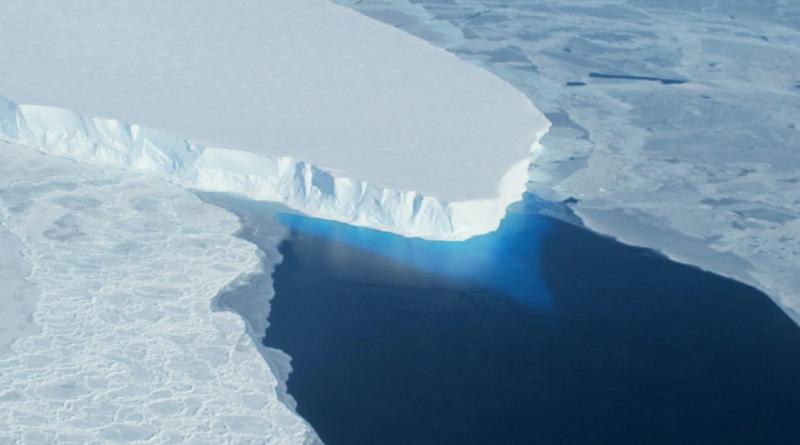 Antarctica's Thwaites Glacier has been called the "Doomsday Glacier." Thwaites and its neighbor, the Pine Island Glacier, are among those in West Antarctica most influenced by the climate crisis. If they melted, they could destabilize the entire West Antarctic Ice Sheet, which has the potential to contribute about 10 feet to global sea level rise.

Now, a new study has found that the ice shelves supporting the two crucial glaciers are beginning to fissure and crack.

"These ice shelves are in the early phase of disintegration," study leader and Delft University of Technology satellite expert Stef Lhermitte told CNN. "They're starting to tear apart."

The research, published in the Proceedings of the National Academy of Sciences Monday, looked at satellite images taken between 1997 and 2019 to document the ice shelves' increasing damage. The images show crevices and fissures in the glaciers, according to a Delft press release.

We use satellite imagery to show how the shear margins of both @AntarcticPIG and @ThwaitesGlacier have weakened. He… https://t.co/nKn0nGLU9V

Ice shelves are important for a glacier's stability because they provide support, similarly to how flying buttresses support a cathedral, International Thwaites Glacier Collaboration lead principle researcher Brent Goehring told ABC News. Goehring was not involved with the paper.

The damage is occurring in the glaciers' shear zones, parts of the ice shelves where the fast-moving ice on top connects with the slower-moving ice or rock beneath, CNN explained. That damage significantly increased in 2016.

The researchers think that the damage they observed to the ice shelves will only beget more damage, Lhermitte explained in a Twitter thread. This is for three reasons:

Because of this, the scientists suggested that the damage be accounted for in climate models to better predict how Antarctic ice melt will contribute to sea level rise.

Sea levels are currently rising by around 3.5 millimeters a year, and the Thwaites Glacier accounts for four to five percent of that, Goehring told ABC News.

"If those glaciers would destabilize, a lot of neighboring areas would also fall apart, causing a widespread collapse," Indrani Das, a co-principle researcher on an International Thwaites Glacier Collaboration project, told ABC News. "It would cause a huge sea level rise."

However, Das did not think it likely that the collapse would take place this century.