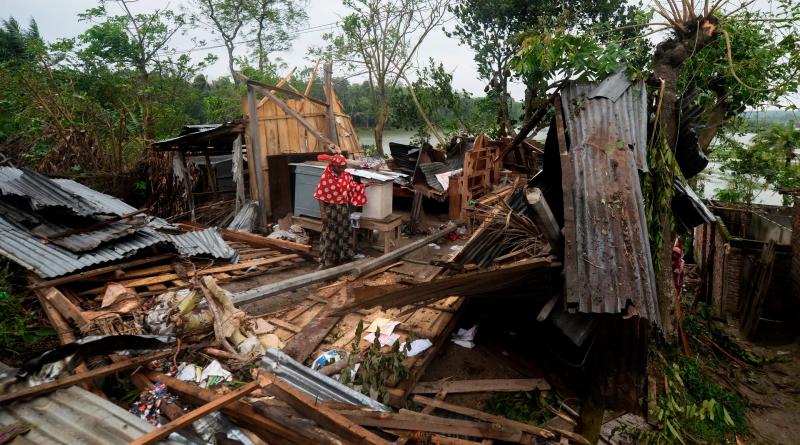 The eastern Indian city of Kolkata has been devastated by a powerful cyclone.

Cyclone Amphan made landfall in eastern India and Bangladesh on Wednesday, killing at least 15 people as it lashed coastal areas with ferocious wind and rain.

Many of Kolkata's 14 million people are without electricity and communications have been disrupted.

Kolkata is the capital of West Bengal state which has seen 3,103 confirmed cases of the infection.

"Area after area has been ruined. I have experienced a war-like situation today," Ms Banerjee was quoted as saying by the Press Trust of India news agency.She said the storm had killed 10-12 people In West Bengal.

The three districts of South and North 24 Parganas and East Midnapore were the worst affected. 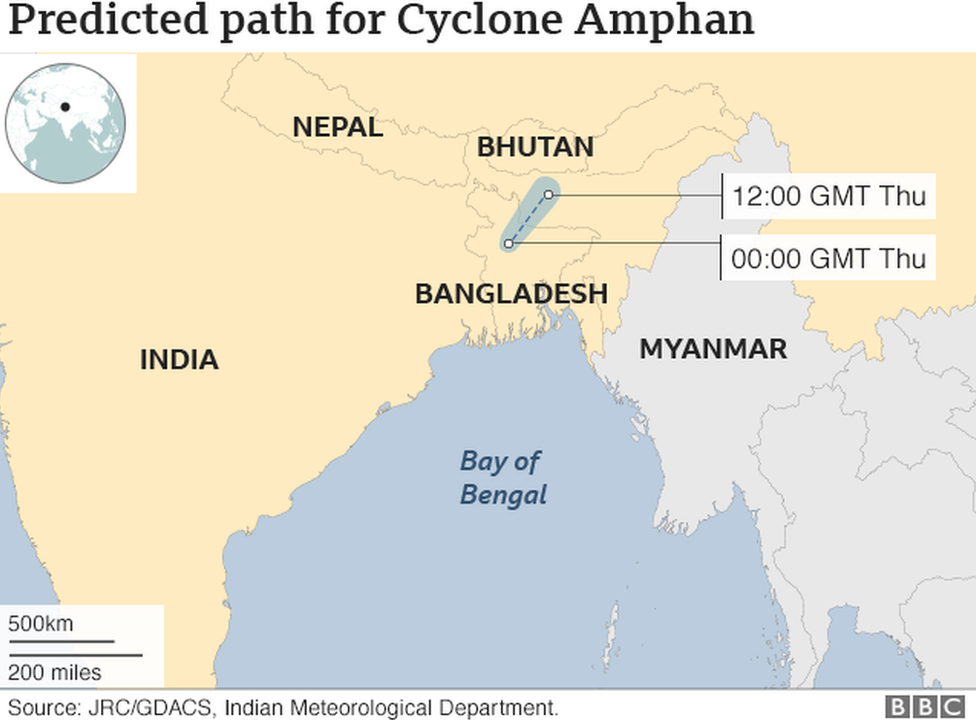 BBC Bengali's Amitabha Bhattasali who is based in Kolkata, said much of the city and its neighbouring districts have been without electricity for 17 hours.

Mobile phone networks are not working in some of the worst hit areas, our correspondent adds.

Dramatic visuals recorded by residents and shared on social media showed electricity transformers exploding in busy neighbourhoods as the storm swept the city.

"Thank God, we are safe," remarked another resident, sharing visuals of tiled roofs being blown away.

Images of water logged streets, vehicles crushed under fallen trees and broken river jetties were also all over local media.

Journalists on the field wore face masks to protect against Covid-19 and were struggling to report in the middle of the raging storm. 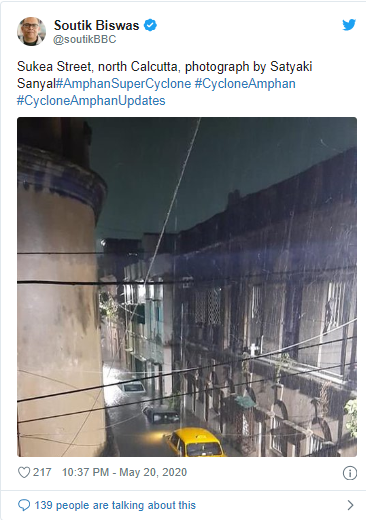 "It is like the vault of hell outside," wrote Kajal Basu, on Facebook after the storm began.

Mr Basu, who lives on the 12th floor of a high-rise building in the city, said his building seemed to be "swaying from side to side, mimicking an earthquake".

Most people were home when the storm struck. The city is in lockdown because of the pandemic, and officials had also been preparing for the cyclone for days.

"Even with all doors and windows tightly shut, my house groaned under the pressure of the howling wind outside. Within 45 minutes, the streets outside got flooded, even as flood waters rushed into the ground floor of homes."

"When the power lines were restored after the storm, neighbourhood children, much like our own childhood when power-cuts were rampant, burst out in a spontaneous, cheerful chorus."

Coronavirus restrictions have been hampering emergency and relief efforts.

Covid-19 and social-distancing measures have made mass evacuations more difficult for authorities, with shelters unable to be used to full capacity.

The storm is the first super cyclone to form in the Bay of Bengal since 1999. Though its winds have now weakened, it is still classified as a very severe cyclone.

Why the Indian Ocean is spawning strong and deadly tropical cyclones.