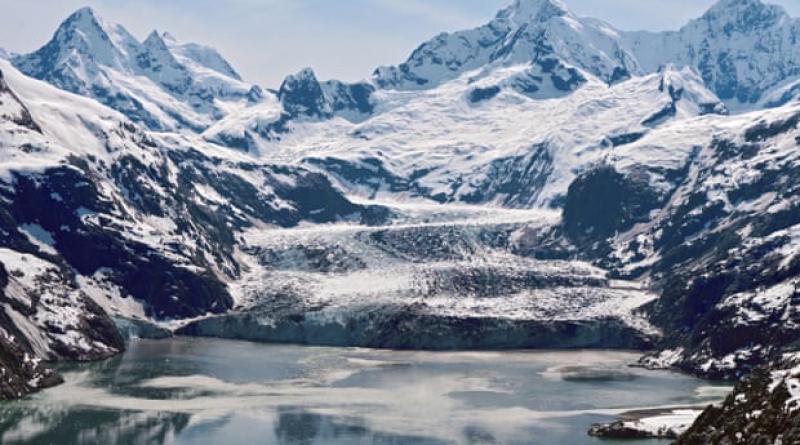 Scientists are warning of a link between rapid warming and landslides that could threaten towns and tourist attractions.

In Alaska and other high, cold places around the world, new research shows that mountains are collapsing as the permafrost that holds them together melts, threatening tsunamis if they fall into the sea.

Scientists are warning that populated areas and major tourist attractions are at risk.

One area of concern is a slope of the Barry Arm fjord in Alaska that overlooks a popular cruise ship route.

The Barry Arm slide began creeping early last century, sped up a decade ago, and was discovered this year using satellite photos. If it lets loose, the wave could hit any ships in the area and reach hundreds of meters up nearby mountains, swamping the popular tourist destination and crashing as high as 10 meters over the town of Whittier. Earlier this year, 14 geologists warned that a major slide was “possible” within a year, and “likely” within 20 years.

In 2015, a similar landslide, on a slope that had also crept for decades, created a tsunami that sheared off forests 193 meters up the slopes of Alaska’s Taan Fiord.

“When the climate changes,” said geologist Bretwood Higman, who has worked on Taan Fiord and Barry Arm, “the landscape takes time to adjust. If a glacier retreats really quickly it can catch the surrounding slopes by surprise – they might fail catastrophically instead of gradually adjusting.”

After examining 30 years of satellite photos, for instance, geologist Erin Bessette-Kirton has found that landslides in Alaska’s St Elias mountains and Glacier Bay correspond with the warmest years.

Warming clearly leads to slides, but knowing just when those slides will release is a much harder problem. “We don’t have a good handle on the mechanism,” Bessette-Kirkton said. “We have correlations, but we don’t know the driving force. What conditions the landslide, and what triggers it?”

Adding to the problem, global heating has opened up water for landslides to fall in. A recent paper by Dan Shugar, a geomorphologist at the University of Calgary, shows that as glaciers have shrunk, glacial lakes have grown, ballooning 50% in both number and size in 18 years. In the ocean, fjords lengthen as ice retreats. Slopes that used to hang over ice now hang over water.

Over the past century, 10 of the 14 tallest tsunamis recorded happened in glaciated mountain areas. In 1958, a landslide into Alaska’s Lituya Bay created a 524-meter wave – the tallest ever recorded. In Alaska’s 1964 earthquake, most deaths were from tsunamis set off by underwater landslides.

To deal with the hazard, experts hope to predict when a slope is more likely to fail by installing sensors on the most dangerous slopes to measure the barely perceptible acceleration of creeping that may presage a slide.