AFRICA: Starsight and SolarAfrica merge to provide solar to businesses 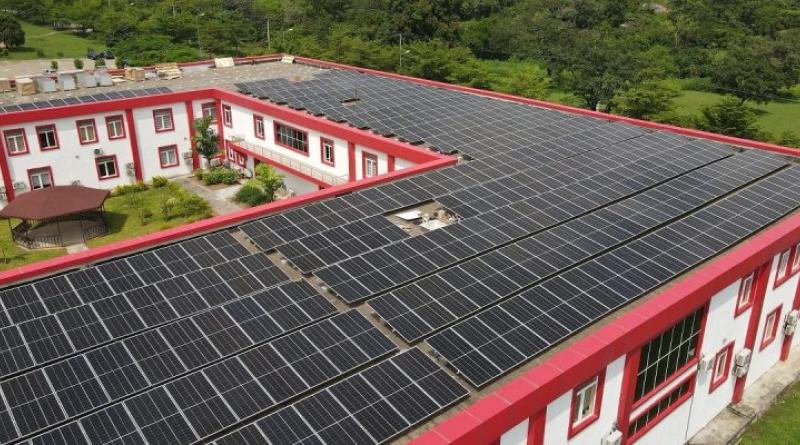 Solar energy providers Starsight Energy and SolarAfrica have announced their merger. In the process, the two companies have been awarded R1.25 billion ($69.5 million) by African Infrastructure Investment Managers (AIIM) to provide solar energy to commercial and industrial (C&I) customers.

There is strength in numbers. Starsight Energy and SolarAfrica intend to prove it. The two companies specialising in the supply of solar energy to commercial and industrial (C&I) customers have decided to merge in order to accelerate their expansion in Southern Africa, West Africa and East Africa. The Starsight Energy/SolarAfrica alliance intends to gain a foothold in the C&I segment in a global context marked by an energy crisis caused by sanctions against Russia after the invasion of Ukraine.

However, in several African countries, especially south of the Sahara, companies are using fossil fuels as an alternative to power cuts. With energy prices soaring, companies should turn more to solar, which is easier to install and operate. And that’s what both companies are offering. Founded in 2015, Starsight Energy is based in Lagos, Nigeria, where it installs ground and rooftop solar power plants for businesses.

In West Africa, the company led by Tony Carr claims 48 MW of generation assets and 35 MWh of storage at more than 500 sites across all states in Nigeria and Ghana. Starsight owes this development in part to the support of fund managers Helios Investment Partners and Africa Infrastructure Investment Managers (AIIM), a member of Old Mutual Alternative Investments. Its partner SolarAfrica is well established in southern Africa and wants to provide clean energy to large electricity consumers in South Africa.

In the rainbow nation, new regulations now allow these large electricity consumers to generate up to 100 MW without applying for a permit from the relevant authorities. Together, the two companies have a portfolio of 220 MW of operated and contracted generation capacity, with 40 MWh of battery storage, and a development portfolio of 1 GW. The merger, which has yet to be approved by the relevant authorities, has been welcomed by investors including AIIM.

The Cape Town, South Africa-based investment firm has announced a commitment of 1.25 billion South African rand ($69.5 million) of equity and shareholders’ funds in the South African subsidiary of the merged entity. According to the investment company, the funding will accelerate the development of the contracted portfolio in the South African C&I transit market, providing green energy and price certainty to large electricity consumers.

Off-grid solar expansion and economic development in the global South