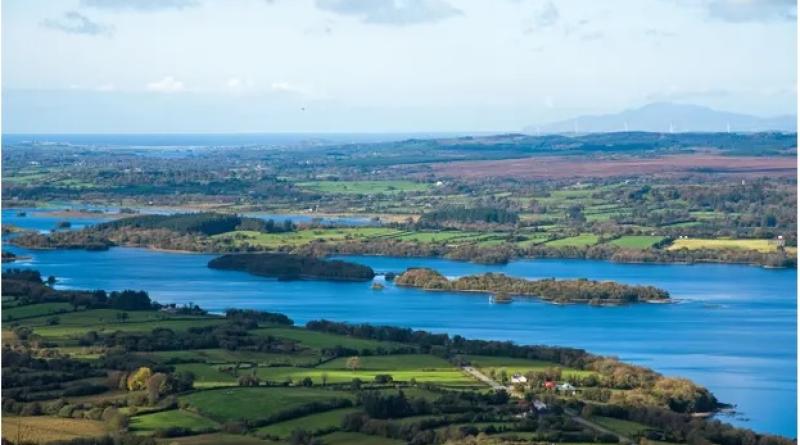 More than 7m tonnes of raw sewage are being discharged into Northern Ireland’s seas and rivers each year, it has been revealed, and every recorded waterway in the country has been found to be in poor health.

Upwards of 3m tonnes of untreated human waste was found to have been released across the Belfast metropolitan area, in which more than a third of Northern Ireland’s population resides.

About 200,000 tonnes of sewage are discharged each year in the catchment area for Lough Neagh, where 40% of Northern Ireland’s drinking water is sourced, and about 250,000 tonnes a year is dumped close to the shores of Lough Erne in Fermanagh, near the Irish land border.

The figures are averages based on 20 years of rainfall data. They were released by the infrastructure minister, Nichola Mallon, in response to a question tabled in the assembly by Rachel Woods, the chair of Stormont’s all-party group on climate action.

Woods said: “Northern Ireland is already the 12th worst region in the world for biodiversity loss. These pollution figures indicate that this situation is likely to further decline. With about 100 locations in Northern Ireland’s sewage network currently beyond capacity, our sewage infrastructure requires investment of at least £2bn over the next six years to make it sustainable and fit for purpose. But funding announced by the infrastructure minister this year will start to address the capacity at just 40 sites.”

A spokesperson for the state-owned company NI Water said: “These overflows are required to reduce the risk of sewage escaping from sewers and causing the flooding of homes, schools and businesses with sewage during periods of heavy rainfall. It is a regulatory requirement that overflows are designed to operate in heavy rainfall conditions; at this time, wastewater in sewer networks is significantly diluted with stormwater, protecting public health by preventing out-of-sewer flooding in properties.”

A separate report on Northern Ireland’s overall water quality has determined that none of its waterways could be considered in good health under the water framework directive, European legislation designed to improve water quality.

The report documents a considerable decline in the condition of 450 rivers, 21 lakes, and 25 “transitional and coastal water bodies”. A third of Northern Ireland’s rivers achieved “good” status in 2015 and 2018.

The 2021 report does not specify the source of the pollutants identified. But environmental campaigners and heads of Northern Ireland’s rivers trusts have linked the findings to sewage spills and slurry runoff from intensive agriculture.

Dr John Spence, the secretary of the Erne Rivers Trust, said water management had been neglected by consecutive devolved governments, and its implications for the Republic of Ireland required a cross-frontier strategy.

“The recently released figures on the sewage discharges highlight the magnitude and severity of the problem,” he said. “There are no easy, readymade solutions to this situation. It results from cumulative neglect by successive administrations of funding the necessary infrastructure for modern sewage treatment, and also prevalent ‘see nothing, hear nothing, do nothing’ attitudes in the assembly.”

A spokesperson for the Department for Infrastructure said: “This financial year the minister allocated a combined capital and resource budget of some £350m to NI Water for 2021/22. NI Water will need to continue to be fully funded in future years to improve the water and wastewater infrastructure and ultimately reduce the frequency and volume of spills from combined sewer overflows.”

The devolved Department of Agriculture, Environment and Rural Affairs has been contacted for comment.