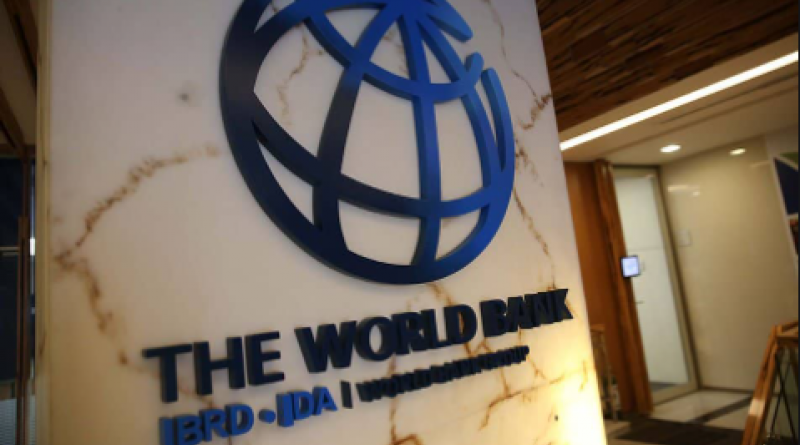 The recent 2021 World Bank Group/International Monetary Fund spring meetings took place during challenging times. The COVID-19 pandemic has caused loss of life and exacerbated global poverty and inequality, while draining governments resources. Meanwhile, the impacts of climate change are starting to be felt on a broad scale, resulting in the loss of homes, crops and livelihoods. The year 2020 was tied for the hottest on record and boasted, among other things, a record number of destructive storms crossing the Atlantic. On top of the long-lasting economic effects of the pandemic, the impacts of climate change are poised to only get worse.

Countries need to take decisive action to address these interlinking crises. And the World Bank Group has an important role to play, providing tens of billions of dollars in finance annually ($77 billion in 2020) to public and private sectors in low- and middle-income countries (LMICs) around the world and as a source of technical assistance and expertise. Right now, the World Bank Group is finalizing an updated Climate Change Action Plan which lays out how its constituent parts — including the World Bank, International Finance Corporation (IFC), and Multilateral Investment Guarantee Agency — will act on climate change mitigation and adaptation from now through 2025. The Action Plan is an important opportunity for these institutions to signal to the world that they are ready to be leaders in climate action and to support others in their quest to be the same.

The World Bank Group’s systematic approach to climate change underscores the importance of fundamentally transforming economies to place them on a sustainable track. The World Bank and IFC will be a crucial source of finance for governments and private companies over the next five years as they move beyond the battle against the pandemic and into the growing fight against climate change. However, as it currently stands, the draft Action Plan announced in a statement by President Malpass does not go far enough.

Drawing on our previous analysis of climate change and the multilateral development banks, we suggest the World Bank Group could do more to embrace the following five points in its plan:

1. Commit to an emissions cap

In its current form, the draft Action Plan is not yet fully reflective of the urgent need for climate change mitigation action. The Paris Agreement stresses that the world must reach net-zero emissions by 2050 if it is to avoid catastrophic impacts from climate change. The World Bank Group has previously committed to ensuring that investments are aligned with the Paris Agreement and the draft Action Plan reiterates this commitment. The real question now though is what such alignment actually means for the World Bank Group.

To fulfill a commitment to Paris alignment, the World Bank Group needs to commit to helping countries get on a net-zero emissions pathway as soon as possible, which the draft Action Plan does not yet do. Creating such a pathway would include spelling out a numeric cap on the level of emissions it is willing to finance — both at the level of individual projects and for its investment portfolio as a whole. These caps should decrease in a way that aligns with reaching net-zero emissions. This could include using sector-specific carbon emission intensity measures to identify lagging sectors where World Bank Group engagement could help countries achieve cost-effective emissions reductions.

2. Phase out finance for fossil fuel

Some sectors, like heavy industry and aviation, will need further technical advancements before they can be fully decarbonized. To balance this out, sectors that can easily decarbonize need to start doing so almost immediately. This includes the electricity sector, where sources of renewable energy are available to replace fossil fuels in most places. As part of efforts to reach net zero carbon emissions the World Bank Group will therefore need to phase out finance for fossil fuels.

This includes natural gas, in which the World Bank Group invested over $3.5 billion as recently as 2018. A significant portion of this investment went to retail gas distribution, but some of this money also went to natural gas electrical power plants. Given the need to rapidly decarbonize, today’s natural gas investments should be a rare exception, only to be used in unusual cases in energy-poor countries where renewable alternatives are not available. Neither the World Bank Group’s current policies nor the proposed Action Plan spell out such an approach, however, and there’s a need for clear rules for natural gas investments and when such investments may be acceptable.

Ensuring investments in the resilience of those most vulnerable to droughts, floods, heat waves and storms is a matter of justice and of ensuring that economic gains of recent decades are not lost. But supporting resilience is a complex and context-specific process that requires understanding how proposed investments will be affected by climate change, and how the project will affect the resilience of impacted communities and ecosystems. Since, given the changing climate, we can no longer rely on historic data to predict the future, project preparation requires a new way of assessing and designing projects, and new strategies for dealing with uncertainty because climate change is unpredictable.

Past World Bank Group screening for climate risk has often stopped at initial high-level assessments and therefore fallen short of ensuring that climate risks are truly integrated in program design, including impact assessments and economic analyses that underpin decision making. The new Resilience Rating System is a step in the right direction towards fully mainstreaming climate risks. But climate mainstreaming also involves increased training of World Bank Group country directors, economists, and task team leaders, so that the linkages between climate risks, poverty, economic growth, jobs, and human and natural capital are all better understood. The task now is to ensure that staffing and resources are made available so that no World Bank Group investment goes forward without proper consideration of potential climate vulnerabilities. The Action Plan should lay out clearer plans for how the World Bank Group intends to make this a reality.

The Action Plan sets a climate finance target of 35%, meaning the targeted share of World Bank Group funding that would go toward climate-related activities — also known as climate co-benefits. This reflects a slight increase from recent climate-related investments, which made up 32% in 2018 and 31% in 2019. Such climate finance reporting is not without challenges, however. The methodology is hard to understand, is not shared by all donors, and does not address the issue of portfolio quality or impact — that is, it doesn’t measure whether the money spent actually had its intended impact. While climate finance targets give a snapshot of the financial inputs to projects, they are silent on whether the desired results were achieved, whether in terms of reducing emissions or reducing climate risks.

To better measure progress, the World Bank Group could more actively flag concerns, such as the amount of finance within countries – from the Group and elsewhere – flowing toward activities that are not compatible with long-term strategies consistent with net-zero by 2050 (and which therefore risk costly lock-in effects). It could also report on joint World Bank Group and governments’ progress on reducing subsidies for fossil fuels, agriculture and industry.

Countries need investments to support actions that meet climate goals while also supporting their development needs. Creating such initiatives requires innovation and the development of initiatives that are different from business as usual. Climate change requires governments and investors like the World Bank Group to proactively search for, promote, plan, develop and scale projects. It requires project developers to use new models, data and assumptions to identify initiatives that promote economic, social and environmental benefits.

Governments and private sector institutions in low-income countries are often under-resourced and under-staffed. They frequently lack access to the data and manpower required to develop initiatives that are designed to not only tackle development goals but also the climate mitigation and adaptation goals. As a result, projects put forward for financing still often support a business-as-usual approach to development. In the Action Plan, the World Bank Group should commit further resources to supporting government and private actors in identifying and developing initiatives that accelerate an equitable transition to a low-carbon and resilient future. Further assistance — with data collection, modeling, project design and/or stakeholder engagement — will be needed to ensure that national planning efforts are translated into investment projects.

The World Bank Group has a vital role to play in helping LMICs deal with the complex and often dire challenges they face as they seek to build flourishing economies while also confronting the impacts of climate change. Tackling these overlapping challenges — poverty, inequality and climate change — is not easy. But the World Bank Group has the expertise and resources to be a positive force and partner for both public and private institutions.

The Climate Change Action Plan is the World Bank Group’s chance to take a big step toward global leadership on the climate crisis. It should take this chance to more clearly spell out how it will act urgently and decisively, with clear and measurable targets (for emissions, investments etc.), to help countries move to climate-compatible futures.

World Bank and IMF must spearhead a green and inclusive recovery.