2020 Polls: Almost half of Americans want to transition from fossil fuels as majority say time is running out to save planet 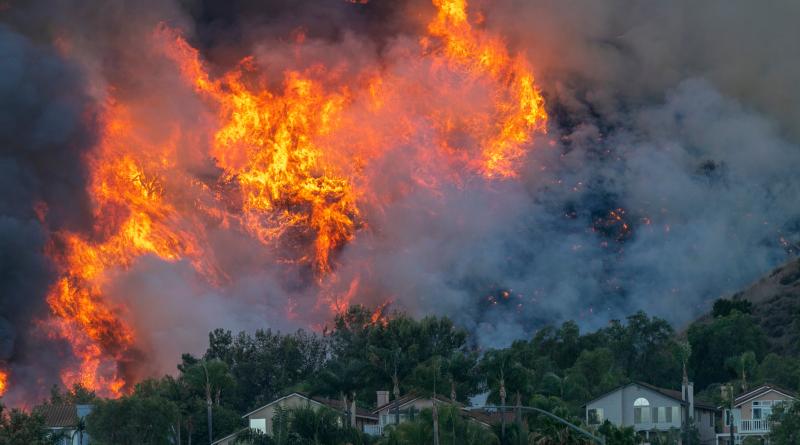 Exclusive: Three out of five voters agree that ‘the fires on the West Coast should make us redouble our efforts to reverse climate change’

The majority of people think that time is running out to tackle the climate crisis, according to a sweeping poll shared exclusively with The Independent.

In the survey of 5,500 people across the US last month, 54 per cent either strongly or partially agreed that the window was rapidly close on our ability to prevent more devastating consequences as a result of global heating.

Climate change is considered by Americans the second most important issue facing the world, topped only by the coronavirus pandemic, according to the poll conducted by HOPE not Hate (Hnh), an anti-extremism non-profit.

Scientists say there is around a decade to make meaningful cuts to greenhouse gas emissions and bring climate change under control, or the planet will face even more severe impacts than we are already witnessing.

Three out of five voters agree that "the fires on the West Coast should make us redouble our efforts to reverse climate change”, with just 14 per cent disagreeing.

The issue is most palpable among supporters of Joe Biden with 73 per cent agreeing that tackling the climate crisis an urgent issue. The Democratic presidential candidate has called climate change an “existential threat to humanity”.

President Trump’s supporters are split: Some 37 per cent agree that we are running out of time to tackle climate change while the same percentage disagree.

However the US poll also found that a significant number of Americans are climate change deniers.

One in five people strongly dismiss the notion that humans are contributing to global warming, while another 19 per cent somewhat believe it is the case.

And a separate poll this week revealed that Americans’ sentiments on fossil fuels are shifting, a red flag for Mr Trump who has spent his first term cosying up to the industry and rolling back policies and rules aimed at curbing polluters.

The polling, conducted by JL Partners for The Independent, found that 42 per cent of people agree, and “strongly” agree, with transitioning away from fossil fuels.

Some 26 per cent of people said they were unsure of how to answer, while 8 per cent agreed with neither.

The poll, of 1,002 people from 26-28th October, also revealed that 22 per cent disagree, or “strongly” disagree, with transitioning away from oil and gas.

As the final presidential debate last week, Mr Biden advocated for a “transition” from fossil fuels to clean energy in the US to reach net-zero emissions by mid-century.

Mr Trump appeared gleeful after the “transition” comment, calling it a “big statement". He seemed to suggest that there would be political retribution from oil industry-heavy regions on election day.

“Basically what he is saying is he is going to destroy the oil industry. Will you remember that Texas? Pennsylvania? Oklahoma? Ohio?” the president said.

After the debate, Biden told reporters he would not “ban” fossil fuels or move away from them for “a long time.”

One thing you can do: Vote