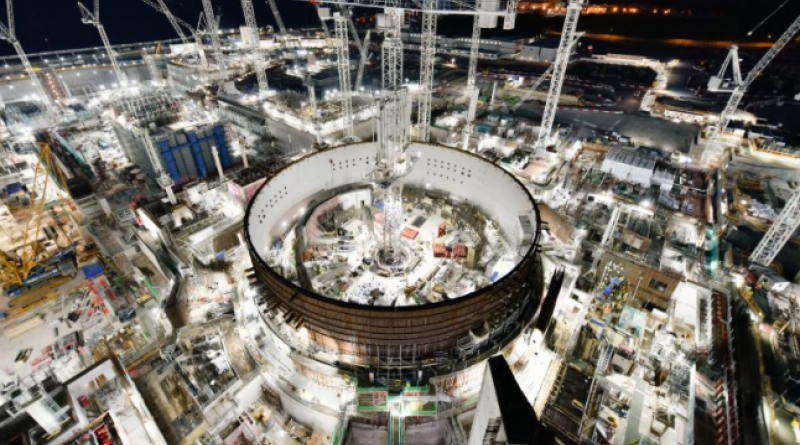 “Nuclear power must be part of the solution” to the climate crisis and the rise in energy prices, according to a group of 10 EU countries led by France and Poland who signed a joint opinion article published across major European newspapers on Monday (11 October).

They were clear that nuclear power must be considered a response to the ongoing energy crisis and a tool towards a low-carbon future.

“It is, therefore, absolutely necessary that nuclear power is included in the European taxonomy framework by the end of 2021,” the ministers write, pointing to EU scientific assessments which concluded the safety of nuclear power.

“To win the climate battle, we need nuclear power. It is, for us all, a crucial and reliable asset for a low-carbon future,” they argue. 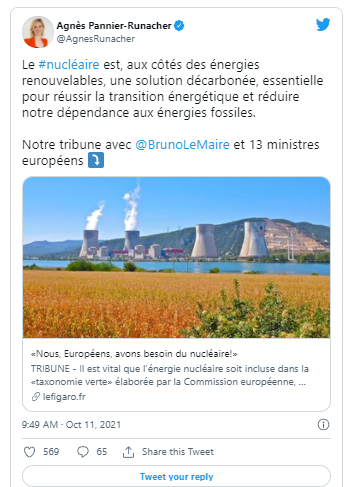 The European Commission is attempting to finish its sustainable finance taxonomy, which defines which economic activities can be labelled as a sustainable investment in the EU based on whether they meet strict environmental criteria.

But the inclusion of nuclear power in the EU taxonomy has been the subject of heated debate at the EU level.

While France is pushing to recognise nuclear as a low-carbon energy source, Germany and four other EU countries are opposed, pointing to concerns about safety and radioactive waste disposal.

The European Commission consulted its in-house scientific body, the Joint Research Centre, to make up its mind.

“The analyses did not reveal any science-based evidence that nuclear energy does more harm to human health or to the environment than other electricity production technologies,” said the group, whose conclusions were later backed by two other scientific bodies.

The EU executive is now widely expected to propose to include nuclear power as a “green” or “transition” technology under the EU’s sustainable finance taxonomy.

If confirmed, this could mean lower financing cost for the industry, which is heavily capital intensive and requires state aid from EU governments to be economically viable.

According to the 10 ministers who signed the op-ed, the ongoing surge in electricity prices provides another argument for doing so. “Firstly, because it prevents European consumers to be exposed to the volatility of prices, as we currently face with gas prices. Secondly, because it contributes decisively to the independence of our energy and electricity supplies.”

The signatories also recognise that renewables will be essential in the transition to clean energy, saying it already accounts for about half of the European carbon-free electricity production.

However, “while renewable energy sources play a key role for our energy transition, they cannot produce enough low-carbon electricity to meet our needs, at a sufficient and a constant level,” they argue.

Views on nuclear are polarised across Europe, although the mood in some countries appears to be changing. In Finland, the Greens have traditionally been staunchly anti-nuclear but have adopted a more pragmatic stance since they entered the government as part of a five-party coalition two years ago.