World could add more than 900 GW of solar by 2025 if politicians grasp the nettle – IEA. 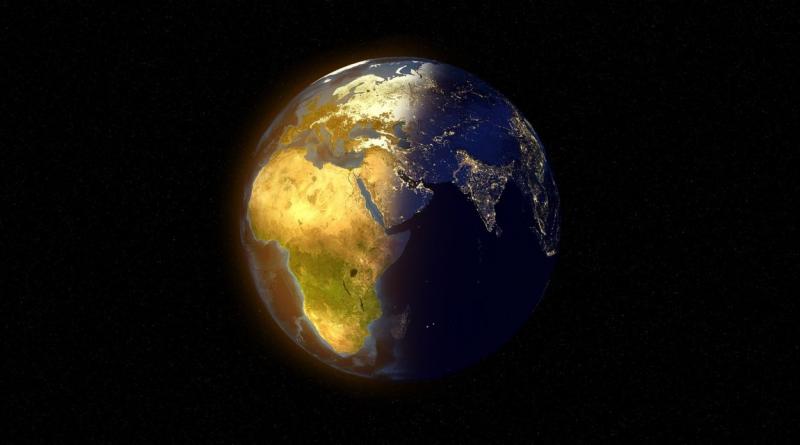 With the International Energy Agency publishing its latest five-year clean energy forecast today, pv magazine takes a look at the solar content of the 162-page document.

The world will add almost 107 GW of new solar generation capacity this year, despite the Covid-19 crisis, according to the Renewables 2020 report published this morning by the International Energy Agency (IEA).

The multilateral thinktank has revised up by 18% the bearish prediction it made in May as it digested the huge impact of Covid-19 shutdowns which had afflicted the global economy in the previous quarter. According to the organization's revised assessment, the world will add nearly 117 GW more solar next year with India, France and Germany leading the charge for big solar.

In 2022, Europe and the U.S. will make up for policy uncertainty in China as almost 120 GW of new solar will be added and, for the following three years, 130 GW of photovoltaic generation capacity will be added annually, predicted the IEA.

However, if governments around the world can address the various problems afflicting the solar industry – from incentive uncertainty in China to financially devastated utilities in India – more than 120 GW of new generation capacity could be added this year, with more than 142 GW arriving next year, 149 GW in 2022 and then almost 165 GW per year from 2023-25.

The IEA offered up two forecasts in the report, a base case and an ‘accelerated' best-of-all-worlds scenario and predicted solar would account for almost 60% of new clean energy capacity during the five-year period covered by the report, with electricity generation costs from utility scale solar expected to fall 36% during that time. With solar power expected to generate 27% of the world's electricity this year, the IEA expects that figure to rise to a third within five years.

The difference between the two scenarios outlined by the IEA is illustrated by global solar superpower China, where the switch from subsidized to ‘grid-parity' solar has hit demand for the commercial installations that were previously a growth engine for PV in the nation. The world awaits details of solar capacity plans in the forthcoming five-year plan, particularly in the wake of the announcement of a net-zero ambition for 2060.

China is expected to add a third more solar generation capacity this year than in 2019, predicted the IEA, including 9-10 GW of residential arrays which will continue to be backed by subsidies until the end of next year. The switch in focus from small systems to utility scale solar plants which has been driven globally by the impact of Covid-19 on household finances is also true of China, where the average 1-5 MW project size reported in the nation's first subsidy auction, last year, almost trebled in this year's procurement round, which allocated almost 26 GW of solar capacity in July.

The IEA report cast doubt, however, on the prospects of the 29 GW of grid-parity projects allocated by the government in July of ever coming to light, given the economic impact of the coronavirus pandemic.

The U.S. which, like China, is expected to see its usual surge of solar project installations in the current quarter, is set to add an “unprecedented” near-17 GW of solar this year and had 13.6 GW of project capacity under construction during the second half of this year, according to the IEA.

The energy thinktank revised its May new-solar forecast for India down 19% and although it anticipates an impressive rebound next year, continuing into 2022, the report made mention of an all-too familiar hurdle for Indian PV ambitions. With the mountain of cash owed by financially-stricken state electric utilities to clean energy developers rising 10% in the first half, the IEA report stated: “A structural solution is needed to ensure the sustainability of discoms [electricity distribution companies], to achieve faster PV growth.”

India nevertheless auctioned 8.2 GW of solar capacity to the end of September, plus 12 GW linked to 3 GW of solar manufacturing capacity as solar power price tariffs fell 4% from last year. The nation is set to add around 13 GW of new solar per year in the 2023-25 period, or 18 GW if it can solve that thorny electric company problem.

Tough comparative figures in the non-China South East Asia and Middle East and North African (MENA) markets were largely down to last year's solar successes, according to the IEA report, whether Vietnam's extraordinary solar boom of 2019 or the near 3 GW of mega projects added in the UAE, Egypt and Saudi Arabia, with the 1.5 GW of new PV expected in the MENA region this year half the level witnessed in 2019.

The MENA market will quickly rebound to almost double next year, according to the Renewables 2020 report, with the UAE, Qatar and Oman leading the way and 4 GW expected in 2022 and similar levels anticipated during 2023-25, helped along by Saudi, Jordan and Tunisia as the market adds an anticipated 20 GW of solar over five years. The IEA noted almost half the solar added in the MENA region during that period will come from fossil fuel-exporting nations. The organization also pointed out the oil price slump driven by Covid-19 may refocus priorities in capitals across the region.

Germany's proposed amendment to its EEG (Erneuerbare-Energien-Gesetz) renewables law attracted the IEA's gaze as it could cap the volume of subsidized 500 kW-plus rooftop systems annually at 200-400 MW – with the subsidy level determined by auction – from next year. The legislation also, however, proposes raising the 2030 renewable electricity target to 65% and the solar capacity ambition to 100 GW in a move which, the IEA reported, would require auctions for 1.9-2.8 GW of solar per year, up from the current 600 MW need. Despite the global health crisis, the report added, Germany saw utility scale solar additions double in the first half and residential arrays up 90% as the nation is expected to have added 4.3 GW of capacity this year – up 8% on last year.

Elsewhere, the report noted Australian PV additions would be led by merchant projects and corporate power purchase agreements because the national large scale renewable energy target has been surpassed. In the bigger picture, the IEA expects such unsubsidized drivers to account for 9% of new solar over the next five years, with a further 7% of facilities motivated by multiple-revenue-stream business models. New solar is set to fall more than 30% year-on-year Down Under, with a fall of 40% predicted against a hostile regulatory landscape in Mexico and 9% in Japan. The 16.5 GW of new solar anticipated in Europe this year is 4% down on 2019 but would mark a 13% rise if Spain is stripped out, after the Iberian nation experienced a solar boom last year.

New solar is expected to be up 13% in the Netherlands, with more than 2.7 GW anticipated, and 50% in France – potential feed-in tariff cuts notwithstanding – where 1.3 GW is forecast. Italy is set to be flat, despite help from Covid recovery policies and Belgium is set to retreat amid solar module supply shortages but Poland is forecast to experience a 44% annual rise with 1.4 GW of new solar expected in 2020 as a generous net metering regime has fired a residential boom.

Argentinian solar is expected to struggle as the economic fallout of the pandemic exacerbates an already tough economic situation and the IEA predicted South Africa will continue to be the PV engine for sub-Saharan Africa despite financial problems at national utility Eskom. Off-grid solar capacity is expected to hit 1 GW of new additions up to 2025.

The International Energy Agency said the Covid-recovery stimulus packages announced to date will supply around $10 billion for new renewables capacity – far short of the $180 billion per year called for by the organization from next year to 2023 to stave off catastrophic global heating. The IEA did, however, applaud the €750 billion ($885 billion) recovery package planned by the EU, and estimates around $30 billion of it could be invested in new clean energy capacity.

While noting fossil fuel majors – 95% of them European – will have invested in around 8 GW of renewables facilities this year, the IEA predicts such concerns will still drive only around 2% of total clean energy investment by 2025.