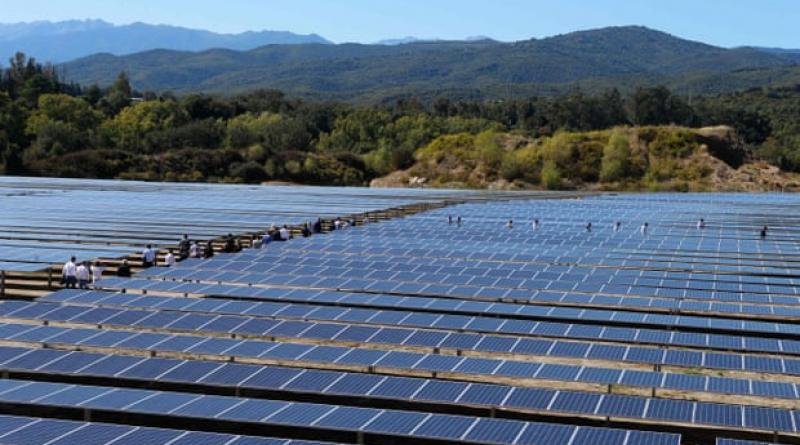 France’s prime minister has stressed the importance of getting the country back on its feet within 18 months and “transforming” the French economy with a green makeover as he unveiled a €100bn (£89bn) coronavirus recovery plan.

Jean Castex outlined how France would spend its way out of the crisis, rather than create “social misery” through austerity measures, with a plan that had the environment, competitiveness and employment as its three pillars.

He said a large chunk of the money would be used to revive French industry in strategic areas to make the country “sovereign and competitive” in essential sectors.

Castex said unemployment was a major concern, adding that he hoped the financial injection would create 160,000 jobs in the next year and would avert an explosion in jobless when emergency financial help introduced at the height of the Covid-19 crisis came to an end.

The plan, which is officially called Relaunch France, aims to return the strength of the French economy to its pre-coronavirus days. Castex reminded citizens that of the €100bn (£89bn), €40bn had come from the European Union recovery fund, and urged them to remember this when the money was spent.

This sign of gratitude towards the bloc was reinforced by Clément Beaune, a junior minister for European affairs, who said the EU flag would feature alongside the French tricolor on each project financed under the plan.

Covid-19 had caused “sudden and brutal recession” because France and other European countries had put people’s health before the economy, Castex said. But an emergency plan overseen by his predecessor, Édouard Philippe, had saved jobs and companies, he added.

Going forward, Castex said the government preferred to “temporarily worsen” public debt; the alternative, he added, he was to push the country “into austerity and to allow unemployment, misery and human suffering explode”.

One third of the €100bn will be used to make the economy greener, including investment in ecological transition, hydrogen and renewable energy, as well as the renovation of homes and buildings to make them more energy efficient.

Another third will be dedicated to “rearming industry”, with reduction in taxes – namely the country’s contentious production tax – that will mainly benefit small and medium-sized businesses. The aim, Castex said, was to make the country competitive by returning strategic production in areas such as health, food and other essential industries, to France.

The finance minister, Bruno Le Maire, said France was just as capable of making its own products, such as electric car batteries, as importing them from China.

The last third of the money is to be invested in “reinforcing social and territorial cohesion”. This included measures to tackle unemployment, particularly among the young, and support those on low incomes and in precarious situations as well as those “who feel abandoned” by the state. Local authorities will be given a total of €5.2bn, and hospitals and care homes would also receive injections of cash.

Castex said the government wanted to fight poverty and wanted the “maximum of firms to benefit from this relaunch”. He insisted there would be no tax hikes for households or companies.

Castex concluded by saying the government would be keeping a close eye on how the money was spent: “I am particularly attentive of the putting into action of this plan: the how is as important as the what. I will be personally involved in this.”

He said there were three requirements on which the plan depended: consultation, the close following of its execution and the application of measures at a local level.

“It’s an ambitious plan that is based on a number of different programmes. If we want it to have the desired effect in the time hoped, it has to be closely overseen,” he said.

However, if the requirements were not met by particular protects, he said, “the money will be placed elsewhere”.

Le Maire said there were no official conditions attached to the money, but companies would be expected to enter into the spirit of the plan in terms of introducing ecological measures and respecting gender equality in their businesses.

“This is a plan for France, for the French. It will rise to the serious crisis we face and will above all allow us to better prepare for the challenges of the future. What I say to people is have confidence in this plan and above all have confidence in our country and its revival,” Castex added.