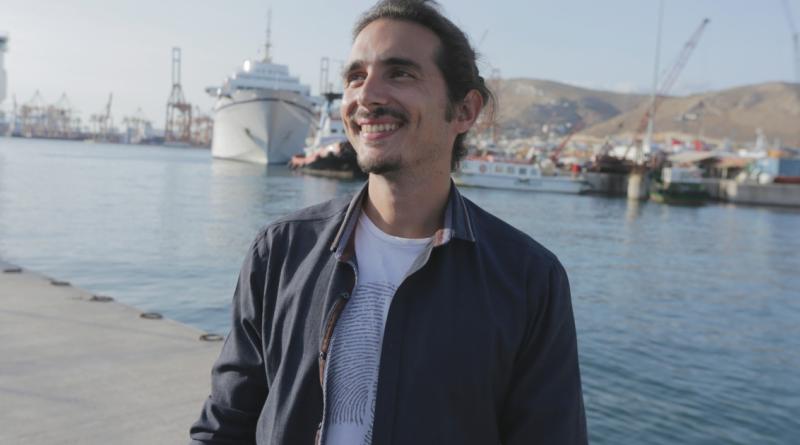 Lefteris Arapakis comes from a long line of fishers. For five generations his family has plied the bountiful waters off southern Greece, netting the same cod and red mulls that have sustained Greeks for millennia.

But in recent years, overfishing and pollution, especially discarded plastic, have hammered Greece's fisheries, with catches in the Mediterranean Sea falling as much as 34 per cent in the last 50 years.

Out at sea, Arapakis, 26, noticed many boats around his hometown of Piraeus hauling in nets filled with rubbish, instead of fish. This plastic by-catch was then simply dumped back into the water.

“I got more and more worried about the scarcity of fish and the increase of plastic,” says Arapakis, who trained as an economist. “I was deeply concerned that my father, and now my brothers, could not make a living out of this job, which is what they learned to do and what they love to do.”

Together with the fishermen

The revelation led Arapakis to found Greece’s first professional fishing school, Enaleia (Greek for ‘together with the fishermen’), in 2016. Its mandate would be two-fold. Teach fishers to ply their trade in a more eco-friendly manner, and enlist the help of the seafaring community to scour the Mediterranean for discarded plastic. Since its launch, Enaleia has collected more than 80 tonnes of plastic from the sea.

“We teach students not just how to fish, but also how to fish so fish can exist tomorrow,” said Arapakis.

“Discarded single-use plastics are notoriously ubiquitous and have adverse and far-reaching environmental and socio-economic impacts, including on human health,” said Gaetano Leone, Coordinator of the UNEP Mediterranean Action Plan-Barcelona Convention Secretariat. “The inspiring work that Lefteris Arapakis is doing with Enaleia demonstrates that individual and local initiatives driven by passion and shared priorities are crucial in complementing action taken at the regional level.”

About 13 million tonnes of plastic enter the oceans each year, the equivalent of tipping a dustbin lorry into the ocean every minute. Estimates are there could be more plastic than fish in the sea by 2050.

To tackle the pollution problem in the Mediterranean Sea, Arapakis and his team at Enaleia launched Mediterranean Cleanup. They now work with 700 people on 145 boats from Greece and Italy and give a monetary reward for the plastic they return to shore. This removes around 12 tonnes of plastic from the sea each month.

Initially, Arapakis and his team stored the plastic at recycling facilities at the port, but the increasing volumes motivated them to create an innovative partnership with Healthy Seas, an organization based in the Netherlands that upcycles fishing nets (the most common “catch”) into carpets, socks, masks and other consumer products.

Enaleia now operates in 12 Greek ports as well as Rimini in Italy.

Arapakis, who has a degree in economics and management from Athens University, says the plastic pollution in the fishing areas of the Argosaronikos gulf “has been significantly reduced”. “The fishermen are saving the seas from plastic,” he adds.

The spread of COVID-19 dealt a temporary blow to Enaleia earlier this year. During the first lockdown in Greece in March and April, many of their sponsorship contracts were cancelled. However, Enaleia adapted to the pandemic and managed to increase the plastic collected from the sea. Once the pandemic passes, Arapakis plans to expand Enaleia’s work to other seafaring countries.

“We want to empower every fisherman to catch plastic and then bring it back to the port and upcycle it. That would create a huge global impact.”

While the tide of marine plastic continues to grow, Arapakis is optimistic about the future.

“I think there is a lot of awareness from our generation about plastic pollution and other environmental challenges. Awareness that I don’t think has existed on such a wide scale for decades.”

The Young Champions of the Earth prize is the United Nations Environment Programme's leading initiative to engage youth in tackling the world's most pressing environmental challenges. Lefteris Arapakis is one of seven winners announced in December 2020, on the cusp of the UN Decade on Ecosystem Restoration 2021-2030.

By showcasing news of the significant work being done on the environmental frontlines, the Champions of the Earth awards aim to inspire and motivate more people to act for nature. The awards are part of UNEP’s #ForNature campaign to rally momentum for the UN Biodiversity Conference (COP 15) in Kunming in May 2021, and catalyze climate action all the way to the UN Climate Change Conference (COP26) in Glasgow in November 2021.