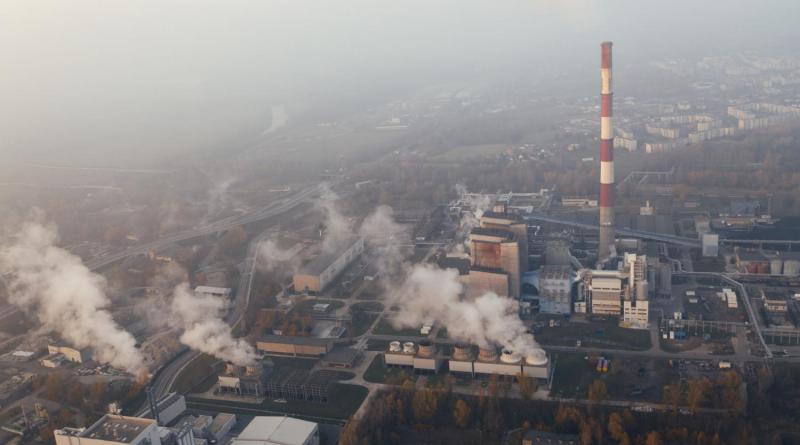 The World Bank has come under fire by a leading European NGO over some of its loans and grants. In a recently issued report, the German group, Urgewald, lambasted the international financial institution and lending agency for its continued investment in fossil fuels, despite ongoing pledges to tackle climate change.

The tension between the international lending agency and the NGO is a cautionary tale for financial companies — or any organization for that matter — that call for climate action yet continue to invest in or insure fossil fuels.

By accessing updated World Bank data, and through contacting individual projects, companies, and grant and loan recipients, Urgewald concluded that the World Bank had invested over $2 billion in fossil fuel projects in the past two years.

The NGO also alleged that the World Bank’s lenders have distributed over $12 billion for fossil fuel projects since the adoption of the Paris climate agreement in 2015. This is roughly the same as the agency spent on fossil fuels between 2014 and 2018.

Urgewald concluded that the majority of the $10.5 billion invested over the last five years was to finance new fossil fuel projects in the form of new loans, guarantees and equity. The NGO’s researchers further mentioned specific examples of projects that the World Bank has recently funded, such as an additional $38 million granted to support upstream oil and gas development in Brazil through a technical assistance program. Another $20 million was provided last March to the Petroleum Resource Governance and Management Project in Guyana, with funding commitments lasting until April 2021, according to Urgewald.

The claims made in the study came days before the World Bank’s 2020 economic outlook meetings this week, which highlighted the importance of investing in more sustainable projects amid a stalling global economy.

In an initial statement responding to Urgewald, the World Bank claimed it had stopped financing upstream oil and gas investments last year. The agency said it was also determined to assist developing countries on energy projects that would be economically viable in nations dependent on energy imports. It went on to emphasize the recent effects of the COVID-19 pandemic on global and local economies, and said the bank was working with governments, various partners and the private sector to address current challenges.

A question of what’s needed in emerging economies

In addition, the World Bank reiterated the importance of funding for adapting energy operations needed by critical health facilities and hospitals. Yet, in a recent report, the International Monetary Fund (IMF) stated: “The COVID-19-induced economic crisis does not change the basic climate challenge, or the proper response to it.”

To that end, at the 2020 World Economic Outlook Forum, Gita Gopinath, chief economist and director of the research department at the IMF, addressed the need for continued sustainable investing in a press statement. Gopinath insisted that a push for investment in sustainable infrastructure, with low interest rates and high uncertainty, could “significantly increase jobs,” and that sustainable public investment played a key role in reducing carbon emissions.

Short-term gains, but a long-term surge in poverty

Nevertheless, Heike Mainhardt, a senior bank advisor at Urgewald, described the World Bank as part of the problem, accusing the bank of a lack of leadership on climate change. The accusations are timely considering that the World Bank’s leaders recently warned that without urgent mitigation measures for global warming, 100 million people could be driven into poverty. Not only that, the United Nations Environment Program (UNEP) has found that, by 2030, the global exploitation of fossil fuel is on target to reach 120 percent more than what can be used to maintain the 2015 Paris agreement’s target of keeping global temperature rise to less than 1.5 degrees Celsius.

Citing the Urgewald study, the Secretary General of the United Nations, António Guterres, personally called out the World Bank on its fossil fuel investments, warning that fossil fuel projects were “of the past” and that investments in future-proof technologies such as renewable power and sustainable transport were a more rational path forward, given the goals of the Paris accord.

A question of subsidies

Guterres has called for an end to fossil fuels subsidies in past speeches, shaming “bailouts for polluting industries.” The IMF has also warned that fossil fuel subsidies have long-term negative environmental and economic effects, further reinforcing existing income inequalities as those subsidies mainly benefit wealthy households.

Nevertheless, the World Bank has pushed back against Urgewald’s study, describing it as “distorted and unsubstantiated.” The organization emphasized that any money it dispersed to fund fossil fuel projects during the study’s period amounted to 1 percent of the $2 trillion spent globally on oil and gas exploration and production.

But to the World Bank’s critics, only being a small part of a big problem may not be enough of a counterargument. Even if half of the bank’s funding went predominantly to natural gas power projects, as the bank states, the argument remains that the strategy still amounts to subsidizing fossil fuels. The World Bank’s response is that funding natural gas projects helps developing economies avoid cheap coal, which is far more polluting. Whether this serves as a good climate-positive strategy in the long run, however, remains to be seen. Such organizations as Urgewald certainly aren’t buying it.