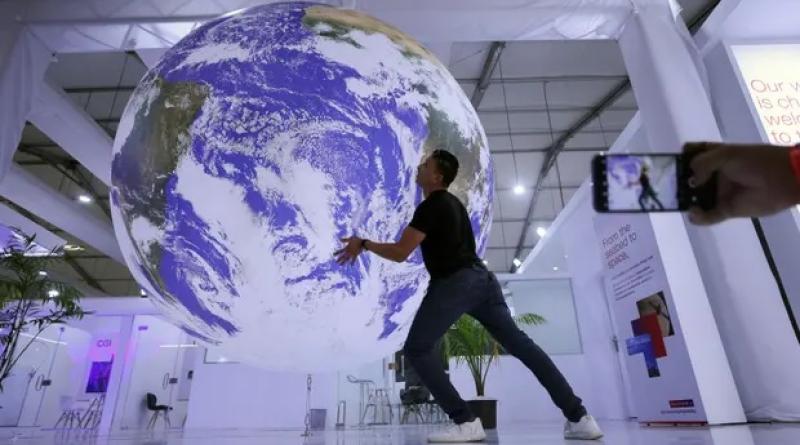 From loss and damage to 1.5C goal and World Bank reform, the takeaways from Sharm el-Sheikh

Developing countries have been seeking financial assistance for loss and damage – money needed to rescue and rebuild the physical and social infrastructure of countries devastated by extreme weather – for nearly three decades. Finally achieving agreement on a fund is a major milestone. Now comes the difficult part – the fund must be set up, and filled with cash. There is no agreement yet on how the finance should be provided and where it should come from.

The 2015 Paris agreement contained two temperature goals – to keep the rise “well below 2C” above pre-industrial levels, and “pursuing efforts” to keep the increase to 1.5C. Science since then has shown clearly that 2C is not safe, so at Cop26 in Glasgow last year countries agreed to focus on a 1.5C limit. As their commitments on cutting greenhouse gas emissions were too weak to stay within the 1.5C limit, they also agreed to return each year to strengthen them, a process known as the ratchet. At Cop27, some countries tried to renege on the 1.5C goal, and to abolish the ratchet. They failed, but a resolution to cause emissions to peak by 2025 was taken out, to the dismay of many.

The final text of Cop27 contained a provision to boost “low-emissions energy”. That could mean many things, from wind and solar farms to nuclear reactors, and coal-fired power stations fitted with carbon capture and storage. It could also be interpreted to mean gas, which has lower emissions than coal, but is still a major fossil fuel. Many countries at Cop27, particularly those from Africa with large reserves to exploit, came to Sharm el-Sheikh hoping to strike lucrative gas deals.

Last year at Glasgow, a commitment to phase down the use of coal was agreed. It marked the first time a resolution on fossil fuels had been included in the final text – some would say, incredibly for 30 years of conferences on climate change. At Cop27, some countries – led by India – wanted to go further and include a commitment to phase down all fossil fuels. That was the subject of intense wrangling late into Saturday night, but in the end it failed and the resolution included was the same as that in Glasgow.

A growing number of developed and developing countries are calling for urgent changes to the World Bank and other publicly funded finance institutions, which they say have failed to provide the funding needed to help poor countries cut their greenhouse gas emissions and adapt to the impacts of the climate crisis. Reform of the kind widely discussed at Cop27 could involve a recapitalisation of the development banks to allow them to provide far more assistance to the developing world. Nicholas Stern, a climate economist and peer, has calculated the developing world will need $2.4tn (£2tn) a year from 2030. But this is only about 5% more than the investment they would require anyway, much of which would go into high-carbon infrastructure. The World Bank could provide about half of those funds, he estimates.

Building flood defences, preserving wetlands, restoring mangrove swamps and regrowing forests – these measures, and more, can help countries to become more resilient to the impacts of climate breakdown. But poor countries often struggle to gain funding for these efforts. Of the $100bn a year rich countries promised they would receive from 2020 – a promise still not fulfilled – only about $20bn goes to adaptation. In Glasgow, countries agreed to double that proportion, but at Cop27 some sought to remove that commitment. After some struggle, it was reaffirmed.

Tipping points, the IPCC and health

Since Cop26, the Intergovernmental Panel on Climate Change has published the key parts of its latest vast assessment of climate science, warning of catastrophic impacts that can only be averted by sharp and urgent cuts in greenhouse gas emissions. The IPCC was set up by the UN to advise on science, yet some countries wished to remove references to its latest findings from the final text. Instead of that, a reference to the key finding of “tipping points” was put in – a warning that the climate does not warm in a gradual and linear fashion, but that we risk tripping feedback loops that will lead to rapidly escalating effects. These include the heating of the Amazon, which could turn the rainforest to savannah, transforming it from a carbon sink to a carbon source, and the melting of permafrost that releases the powerful greenhouse gas methane. Also inserted was a reference to “the right to a clean healthy and sustainable environment”. Medical professionals have begun to play a much more prominent role in climate talks, and in climate protests, drawing a clear link between global heating and health.

COVER PHOTO: A Cop27 attendee poses for a picture near a model earth during the climate summit in Sharm el-Sheikh, Egypt. Photograph: Mohamed Abd El Ghany/Reuters

COP27: As it happened on Sunday morning from the GUARDIAN