A vision of 2040: everything we need for a sustainable world already exists. 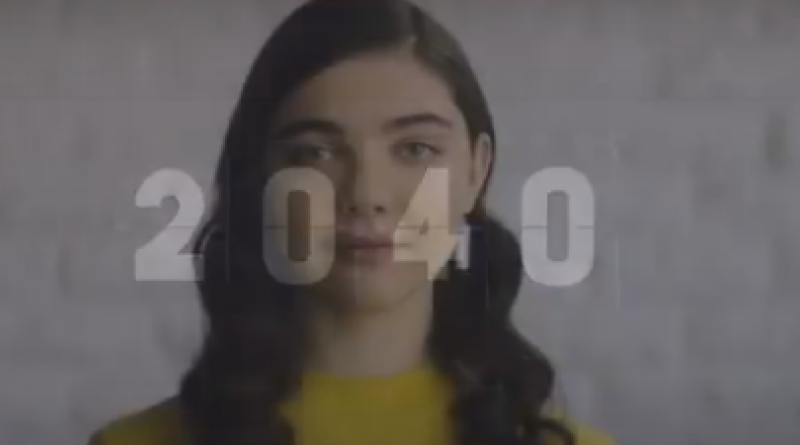 There are real obstacles to environmental progress, but we must focus on what we are for, not just what we are against.

When my daughter was two years old, I found myself struggling to finish any article relating to the dire state of our environment. I would get halfway through the piece, then disengage and move on to something else. I assumed I wasn’t the only parent to feel this way.

Curious to understand why I seemed incapable of persisting, I reached out to the environmental psychologist Renee Lertzman. She explained that when we receive information charged with fear, dread or anxiety, the limbic system in our brain can be activated, which can override the prefrontal cortex, an area of the brain associated with creative thinking and problem solving. These days our news feeds are filled with images and stories of a bleak future. This is what we bombard our consciousness with, the images we expose our children to and they may also be why many of us feel paralysed when it comes to taking action on solutions to save our planet.

The diagnosis and acceptance of our problems is crucial but – much like when visiting a doctor –along with wanting a clear, detailed diagnosis, we also want to know what we can do to improve or even cure our condition.This is what I wanted to offer up to my now five-year-old daughter. A story that focuses on the solutions to our environmental dilemmas and reveals a different version of the future. Because as the neurologist Viktor Frankl explained in his Auschwitz memoir, Man’s Search for Meaning, if hope or faith in a better future becomes absent, the human spirit rapidly deteriorates.

Over the last three years I’ve been making a film called 2040. It’s a visual letter to my daughter showing her what the world could look like that year if we put into practice some of the best solutions that exist today. I call it an exercise in “fact-based dreaming”, as everything I show her in the future has to already exist today.

In three years of research and interviews, what emerged were solutions that improve health, income inequality, security and communities with the bonus of drastically reducing emissions and regenerating ecosystems. These solutions include decentralised solar micro-grids in remote villages that allow the buying and selling of energy between homes and keep money in the local economy. They include regenerative agriculture practices which takes carbon from the atmosphere and returns it to the soil with the cascading benefits of water retention and nutrient-dense food. And also the turbocharged sequestering power of seaweed, which can grow up to half a metre a day while restoring marine habitats and providing communities with food, fibre, fertilisers and biofuels.

But perhaps the most poignant solution I came across was the wide-reaching impact the education and empowerment of girls and women would have.

It is clear we have everything we need right now to create a better 2040.

In this solution-based approach, I had to be careful to avoid a Pollyanna offering. The realities of intensified weather events by 2040, blocks to progress by vested interests, lack of leadership, trade treaties that favour profit over environment and our addiction to endless growth all had to be navigated.

But, although these are extremely important issues, they are not the provinces of the story I wanted to tell. This is a film highlighting what we can fight for rather than fight against. Determination and passion are the most important renewable energy resources we have. People working together with a common goal will shift vested interests and make implementing the solutions possible.

A friend rang me on the morning the UN released its global assessment report which found that 1 million species now face extinction due to our activities. His 12-year-old son was in tears at the breakfast table, asking what could be done – and my friend wanted to know what to say to him.

My first response was to tell his son that it is OK to feel very upset and important to express those feelings – perhaps not enough of us do. But it was also important to let him know that there are millions, likely billions, of people who care deeply about his future and are becoming galvanised to invent, share and implement the solutions to this crisis.

They are the “hope in the dark” that Rebecca Solnit writes about in her book of the same title. The flurry of inspirational activity that is taking place right now in the shadows, largely unreported. The world is facing its shadow in a variety of ways – and we can remind ourselves, and our children, that a shadow cannot exist without a source of light always being present.

The Canadian philosopher Marshall McLuhan described the way we move forward in society as being like driving a motor car using only the rearview mirror. We use our past experiences to inform us. It is here that we can also find legitimate hope for future generations.

Just decades before the abolitionists achieved their goal, they were labelled “utopian” and mocked for imagining the economy could survive without slaves. The suffragettes were repeatedly derided for taking to the streets: “Sensible and responsible women do not want to vote,” said the former US president Grover Cleveland. It is hard not to look at the inspirational Greta Thunberg and all the student climate strikers today, plus the impacts of Extinction Rebellion in the UK, and not feel that we’re in the middle of another historical moment.

I made this film for my daughter and for her generation. I made it for parents and for anyone feeling overwhelmed or losing hope. It offers up a reframing of our ecological predicament as an opportunity to draw on our ingenuity and to rise to the challenge with creativity and empathy. It is a call to all to share our visions and dreams of a better world. If we don’t, we are likely to become a part of someone else’s vision.

Only rebellion will prevent an ecological apocalypse.

I have felt hopelessness over climate change. Here is how we move past the immense grief.