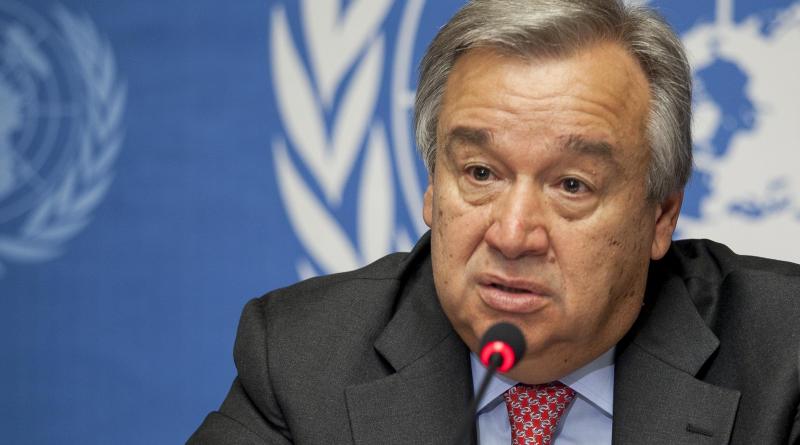 I am honoured to deliver the 19th Darbari Seth Memorial Lecture.

He stressed that India must end its reliance on polluting, financially volatile and costly fossil fuels and instead invest in clean, economically resilient solar power.

Today, as we endure the twin crises of COVID-19 and climate change, this effort has never been more important.

Worldwide, the pandemic has exposed systemic fragilities and inequalities that threaten the basis of sustainable development.

A rapidly heating world threatens even more disruption and exposes even further our world’s deep and damaging imbalances.

They know that the countries most affected by climate change have done the least to contribute to it.

As we look to recovery from the COVID pandemic, we must commit to doing better.

That means transforming our economic, energy and health systems – to save lives, create stable, inclusive economies and stave off the existential threat of climate change.

I want to talk to you today about how to bring that vision to life – and about India’s role in that vital effort.

India has all the ingredients for exerting the leadership at home and abroad envisioned by Darbari Seth.

Scaling up clean energy, particularly solar, is the recipe for solving both.

Investments in renewable energy, clean transport and energy efficiency during the recovery from the pandemic could extend electricity access to 270 million people worldwide – fully a third of the people that currently lack it.

These same investments could help create 9 million jobs annually over the next three years.

With the COVID-19 pandemic threatening to push many people back into poverty, such job creation is an opportunity that can’t be missed.

India is already pushing ahead in this direction.

Since 2015, the number of people working in renewable energy in India has increased five-fold.

India has also made significant progress towards universal access to electricity.

There is still work to do, and opportunities to be grasped.

They are the ticket to growth and prosperity.

Continued support for fossil fuels in so many places around the world is deeply troubling.

I have asked all G20 countries, including India, to invest in a clean, green transition as they recover from the COVID-19 pandemic.

This means ending fossil fuel subsidies, placing a price on carbon pollution and committing to no new coal after 2020.

In their domestic stimulus and investment plans in response to COVID-19, countries such as the Republic of Korea, the United Kingdom, and Germany, as well as the European Union, are speeding up the decarbonization of their economies.

They are shifting from unsustainable fossil fuels to clean and efficient renewables, and investing in energy storage solutions, such as green hydrogen.

And it is not just developed economies stepping up.

Many in the developing world are leading by example -- countries such as Nigeria, which has recently reformed its fossil fuel subsidy framework.

While I am encouraged by these positive signals, I am also increasingly concerned about several negative trends.

Recent research on G20 recovery packages shows that twice as much recovery money has been spent on fossil fuels as clean energy.

In some cases, we are seeing countries doubling down on domestic coal and opening up coal auctions.

This strategy will only lead to further economic contraction and damaging health consequences.

We have never had more evidence that pollution from fossil fuels and coal emissions severely damages human health and leads to much higher healthcare system costs.

This year, researchers in the United States concluded that people living in regions with high levels of air pollution are more likely to die from COVID-19.

It is, simply put, a human disaster and bad economics.

Not least, because the cost of renewables has fallen so much that it is already cheaper to build new renewable energy capacity than to continue operating 39 per cent of the world’s existing coal capacity.

This share of uncompetitive coal plants will rapidly increase to 60 per cent in 2022.

This is why the world’s largest investors are increasingly abandoning coal.

They see the writing on the wall.

It spells stranded assets and makes no commercial sense.

The coal business is going up in smoke.

The advantages of India’s renewable energy resources are plain to see.

And they can improve air quality at a time when our cities are literally choking.

With its vast size and ecological diversity, India is already experiencing many of the worst impacts of climate change.

Floods and droughts are getting more frequent and severe, causing major damage to food systems, local economies and human health.

India’s recent floods have upended the lives of millions of people.

Climate change hits the most vulnerable hardest, undermining the remarkable progress of economies like India in bringing millions out of poverty.

The Intergovernmental Panel on Climate Change special report on the 1.5-degree goal of the Paris Agreement reveals that if this temperature limit is breached, India will face the brunt of the climate crisis.

Our challenge is urgent and clear.

To limit temperature increase to 1.5 degrees, global emissions need to be halved by 2030 and the world will need to be carbon neutral before 2050.

These goals are still achievable.

But, today, the world is at a crucial juncture.

As governments mobilize trillions of dollars to recover from the COVID-19 pandemic, their decisions will have climate consequences for decades.

These choices can either propel climate action forward, or set us back years, which science says we cannot afford.

This is why I have urged governments to take six climate-positive actions to recover better from the pandemic.

Do not bail out polluting industries.

Most important, leave no one behind.

And yet, despite the significant challenges the country faces in bringing shared prosperity to its population, it has in many ways embraced clean technology and a sustainable energy future

I applaud India’s decision to take forward the International Solar Alliance in the form of One Sun, One World, One Grid.

And I commend India’s plans for a World Solar Bank that will mobilize $1 trillion of investments in solar projects over the coming decade.

India itself now has 37 gigawatts of installed solar electricity.

And this is only the beginning.

I am inspired by the Indian government’s decision to raise its target of renewable energy capacity from the initial 2015 goal of 175 gigawatts to 500 gigawatts by 2030.

I have no doubt this decision will attract more and more international investors, such as the sovereign wealth funds and pension funds like the Caisse de dépôt et placement du Québec or the Abu Dhabi Investment Authority.

India is a pioneer when it comes to driving innovation for access to electricity and on clean cooking.

I call on India and all its innovators, entrepreneurs and business leaders to spearhead the global search for a solution to solar cooking at the household level.

India can be the business hub to achieve Sustainable Development Goal 7.

At the Climate Action Summit last year, India, together with Sweden, launched the Leadership Group for Industry Transition.

This partnership of key public and private sector stakeholders is committed to achieving net zero emissions by mid-century in sectors that collectively account for 30 per cent of global emissions.

Companies such as Dalmia Cement and Mahindra are driving innovation.

But we need many more to join them.

India can become a true global superpower in the fight against climate change, if it speeds up its shift from fossil fuels to renewable energy.

This is promising trend needs to continue.

And coal use must be phased out.

That must be our story.

It is a story that entrepreneurs and innovators are already telling in India and around the world.

I will continue to urge all countries, especially the G20 countries, to commit to carbon neutrality before 2050 and to submit -- well before COP26 -- more ambitious nationally determined contributions and long-term strategies that are aligned with the 1.5 degree goal.

I call on Indian leaders to take the decisions, make the investments and adopt the policies necessary to continue this vital journey.

Today is the time for bold leadership on clean energy and climate action.

I call on India to be at the helm of the ambitious leadership we need.

Both the pandemic and the climate crisis have raised fundamental questions about how to ensure the health and well-being of the world’s people and about how nations must cooperate to advance the common good.

Young people, in particular, are looking to all of us to uphold intergenerational solidarity and take bold steps towards sustainability, equality and social justice.

At this pivotal moment, as the United Nations marks its 75th anniversary, India has a crucial role to play.

COVID-19 is not a silver lining for the climate, says UN Environment chief.