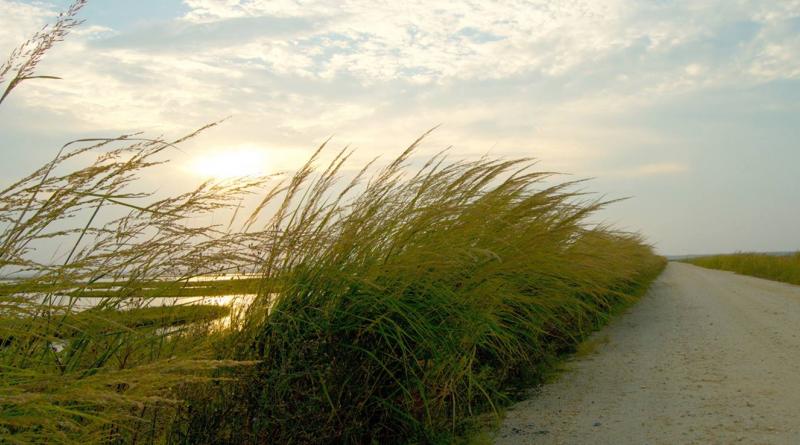 In recent years the attitudes of the general public, many companies and governments have shifted regarding climate change, with urgent calls for action to address the growing crisis. Much of the discussion surrounding climate science is focused on global warming and the total amount of carbon dioxide that human activities add to the atmosphere. In order to stabilise climate change, CO2 emissions need to fall to zero.

With the Paris Agreement, governments agreed to keep global warming ‘well below’ 2 degrees Celsius, and to ‘make efforts’ to keep it below 1.5 degrees. The Intergovernmental Panel on Climate Change (IPCC) released a report in October 2018 on the 1.5 degree target, concluding that global emissions need to reach net zero around mid-century to give a reasonable chance of limiting warming to 1.5 degrees.

Efforts to achieve these targets are underway in many jurisdictions. In the UK, parliament passed legislation in June 2019 requiring the government to reduce the country’s net emissions of greenhouse gases by 100 percent relative to 1990 levels by 2050. Doing so would make the UK a ‘net zero’ emitter. Prior to this, the UK was committed to reducing net greenhouse gas emissions by at least 80 percent of their 1990 levels by 2050.

The European Union (EU) has also recently agreed to enshrine its political commitment to be climate neutral by 2050 in its European Climate Law. Other countries – including Germany, France, Spain, Norway, Denmark, Switzerland, Portugal, New Zealand, Chile, Costa Rica, Sweden, Iceland, Austria and Finland – have also set targets, or committed to do so, for reaching net zero emissions on timescales compatible with the Paris Agreement temperature goals.

Meeting the challenges raised by the climate change emergency and transitioning to net zero will require a concerted, economy-wide approach. Naturally, however, some industries will find the transition easier than others. In the energy sector, for example, renewable and nuclear power generation will be key pillars of achieving net zero. Other industries, such as agriculture and aviation, will find the transition more complex – it may be highly unlikely that their emissions will be brought to zero any time soon.

To offset these remaining emissions, an equivalent amount of CO2 will need to be taken out of the atmosphere, in what is known as negative emissions. Thus, the target becomes ‘net zero’ for the economy as a whole.

Eliminating carbon is, of course, not simple. It has been a deeply integral part of the global economy since the industrial revolution. But while there will be challenges, the transition to carbon neutrality will also create significant growth opportunities and competitive advantages for some companies.

Role of financial services in funding the transition

The financial services sector will have a key role in supporting the transition. The UK, for example, has launched a new guide for the industry, outlining what firms should be doing in their approach to climate risk, and how they can meet the challenge of financing the transition to a low-carbon economy.

According to the Organisation for Economic Co-operation and Development (OECD), nearly $7 trillion per year throughout the next decade will be needed to meet both the temperature targets of the Paris Agreement and the Sustainable Development Goals (SDGs). While multilateral development banks (MDBs), including the World Bank, European Bank for Reconstruction & Development (EBRD) and others, will have an important part to play, much of this financing will have to come from the private sector.

“It is these innovative technologies surrounding areas such as hydrogen, new forms of green generation and funding new forms of energy efficiency which have always struggled to gain large scale private sector funding to enable them to deploy at meaningful scale,” he continues. “This has typically meant that they have had to rely very heavily on early stage government support. Going forward, the financial sector will have to play a key role in helping these technologies reach fruition.”

In addition to the environmental benefits which can be derived from a move to net zero, there will also be significant financial opportunities, according to Mark Carney, outgoing governor of the Bank of England and newly appointed special adviser on climate finance to UK prime minister Boris Johnson. “Achieving net zero emissions will require a whole economy transition – every company, every bank, every insurer and investor will have to adjust their business models. This could turn an existential risk into the greatest commercial opportunity of our time,” said Mr Carney.

2020 has, of course, brought additional challenges. The COVID-19 pandemic has dramatically altered the global economy, plunging much of it into recession. Such disruption could have a negative effect on the transition to net zero, with suggestions that the outbreak could cause major economies to miss their carbon emission targets.

“The negative impact arises from the inevitable recession and the lack of available funds and, potentially, organisational bandwidth to facilitate major transitions in ways of doing things at an individual or corporate level,” explains Mr Barlow.

“However, there is also much that is positive to take away,” he adds. “The energy sector has stood up very well to the challenges and highlighted the need for more investment in our infrastructure. There will be the need for jobs and for reskilling to allow people to move from industries which may never recover. Perhaps most importantly, the outbreak has shown that people can, when required, adapt their ways of doing things. And there are many positives from moving to a low-carbon future. The key is going to be to acknowledge that, to get to net zero, all sectors of the economy will need to work together. The pandemic has already taught us the benefits of such cooperation.”

There are many groups pushing for companies and governments to use COVID-19 as a turning point in the fight against climate change. In the UK, the Committee on Climate Change (CCC) has reiterated six core principles which should frame the country’s response to the crisis: (i) use climate investments to support economic recovery and jobs; (ii) lead a shift toward positive long-term behaviours; (iii) tackle the wider ‘resilience deficit’ on climate change; (iv) embed fairness as a core principle; (v) ensure that the recovery does not ‘lock-in’ greenhouse gas emissions or increased climate risk; and (vi) strengthen incentives to reduce emissions when considering fiscal changes.

“The steps that the UK takes to rebuild from the COVID-19 pandemic can accelerate the transition to a successful and low-carbon economy and improve our climate resilience,” said Lord Deben, chair of the CCC. “Choices that lock-in emissions or climate risks are unacceptable.”

Additionally, the Confederation of British Industry (CBI) has called for the government to: (i) introduce a £3.8bn fund for decarbonising social housing; (ii) retrofit schools; (iii) provide better policy support for onshore wind; and (iv) publish the Energy White Paper and National Infrastructure Strategy as soon as possible.

On a global scale, a ‘green’ recovery could have positive implications for the workforce. A green recovery report from the International Renewable Energy Agency (IRENA) notes that an accelerated energy transition could add 5.5 million more jobs to the global economy by 2023, compared to a ‘business-as-usual’ scenario, while enabling renewable generation to grow five times faster. For this to happen, adequate investment needs to be allocated not only to renewable generation, but to energy efficiency, flexibility and storage.

Beyond that, drawing a connection between climate change and pandemics may also influence governmental and company policy going forward. Indeed, it is increasingly possible to trace the present COVID-19 pandemic, and possible future ones, to the progressive degradation of natural ecosystems and wildlife habitats due to extreme climate change-related weather events and general land-clearing for human settlement and farming.

“If this link between climate change-related events and rising pandemic odds can be made clear to society in general, then insofar as the pandemic is already requiring changes of behaviour, to protect against infection, that would hitherto have not been considered viable in free, liberal societies, it may be possible to institute far-reaching behavioural changes at a broad social level against carbon-emitting activities. In doing so, the transitional pathway to net zero carbon emissions should become easier to tread.”

Moving forward, there will be growing pressure on governments to legislate further on net zero. The scale and pace of change required needs government direction and support to drive market coordination. It also demands a fundamental rethink of financial incentives to encourage deployment of technologies and regulatory change to facilitate collaboration between sectors.

“At present, the UK and many other countries have a web of legislation that has, generally speaking, been put in place in a piecemeal fashion to promote actions and technologies within specific sectors rather than looking more broadly,” says Mr Barlow. “If we are to promote hydrogen, which the CCC says we simply must do to meet decarbonisation targets, it is going to involve consistent support for both the production and the demand for hydrogen. It will also need joined-up policy and laws which make sure that the hydrogen, once produced, can be used and not face disjointed barriers across decarbonised transport, energy storage, heat and industrial uses.

“The financial community can play a key role in sending that message to government and making it clear what it needs in order to bring forward the funding needed for all the decarbonised vectors and sectors,” he adds.

According to Paul Bowden, honorary professor at Nottingham Law School, Nottingham Trent University, achieving a substantial carbon reduction within effective timescales cannot happen without a new, fairly brutal wave of ‘command and control’ regulation. “Such regulation may include further quantitative limits on specific greenhouse gas emissions, for example including aviation and farming emissions, and tighter development controls on emitting activities – not replacing, but somewhat overshadowing or overtaking, the past two decades of ‘incentivising’ and nudge theory regulation in the field.

“In a de-globalising environment, much of this is likely to come from national, rather than transnational, legislative activity,” he adds. “Energy companies, and their investors and lenders, will need to be increasingly knowledgeable and alert to political and legal developments in individual markets key to them.”

If governments are to meet the targets contained within the Paris Agreement and their own domestic policies, theoretical commitment must turn into tangible action. This requires coordination across economies, from house building to the financial services industry. The cost of failure may be too high for us all to bear.

These Countries Are Leading the Transition to Sustainable Energy.